What AT&T's T-Mobile buy could mean for customers

The $39 billion deal could take a year to close, but the implications are already coming to light 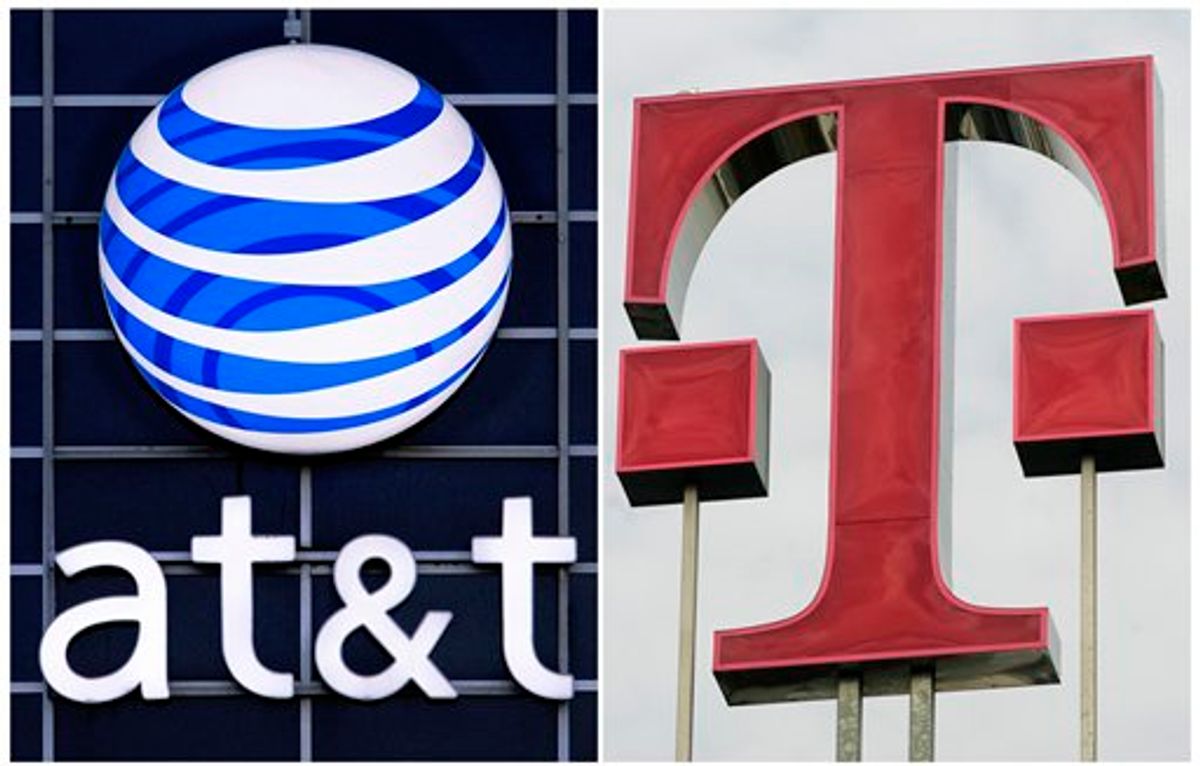 AT&T Inc. has agreed to buy T-Mobile USA for $39 billion, but the deal isn't set to close until a year from now, and it will likely face tough regulatory scrutiny. Here's what a completed deal could mean for customers:

-- Bigger choice of phones for T-Mobile subscribers. T-Mobile, as a much smaller carrier than AT&T, doesn't get as many exclusives on top-line phones, and it doesn't have the iPhone. This won't be a big benefit to T-Mobile subscribers who don't have contracts -- if they want the iPhone today, they can sign up with AT&T or Verizon Wireless. But subscribers under contract would find it easier to upgrade to an iPhone.

-- Fewer pricing plans to choose from. T-Mobile and AT&T have different offerings, some of which might disappear from the market.

-- No more unlimited data plans. AT&T has stopped offering unlimited data plans in favor of plans with monthly data usage caps and overage fees. T-Mobile USA still offers "unlimited" data for smartphones for $30 per month, but slows down downloads after 5 gigabytes of traffic in a month. If the deal closes, current "unlimited" subscribers would likely be grandfathered in, but AT&T would probably stop offering the plan to new subscribers.

-- Better network coverage. Combining the two networks will improve performance is some areas, because there will be more towers available. However, today's AT&T phones can't use T-Mobile's 3G wireless data network, and vice versa, because they run on different frequencies.

-- Wider rural broadband coverage. AT&T is pledging to increase spending on the construction of a new ultrafast broadband network by $8 billion, to cover rural areas.

-- The big question is whether the combination would let AT&T, Verizon and Sprint raise prices on wireless service once competition from T-Mobile disappears. AT&T points out that prices have fallen through a decade of mergers in the industry, but public-interest groups are raising concerns.