The former "Saturday Night Live" star keeps herself relevant with some bigotry. Will Ryan Murphy go on attack? 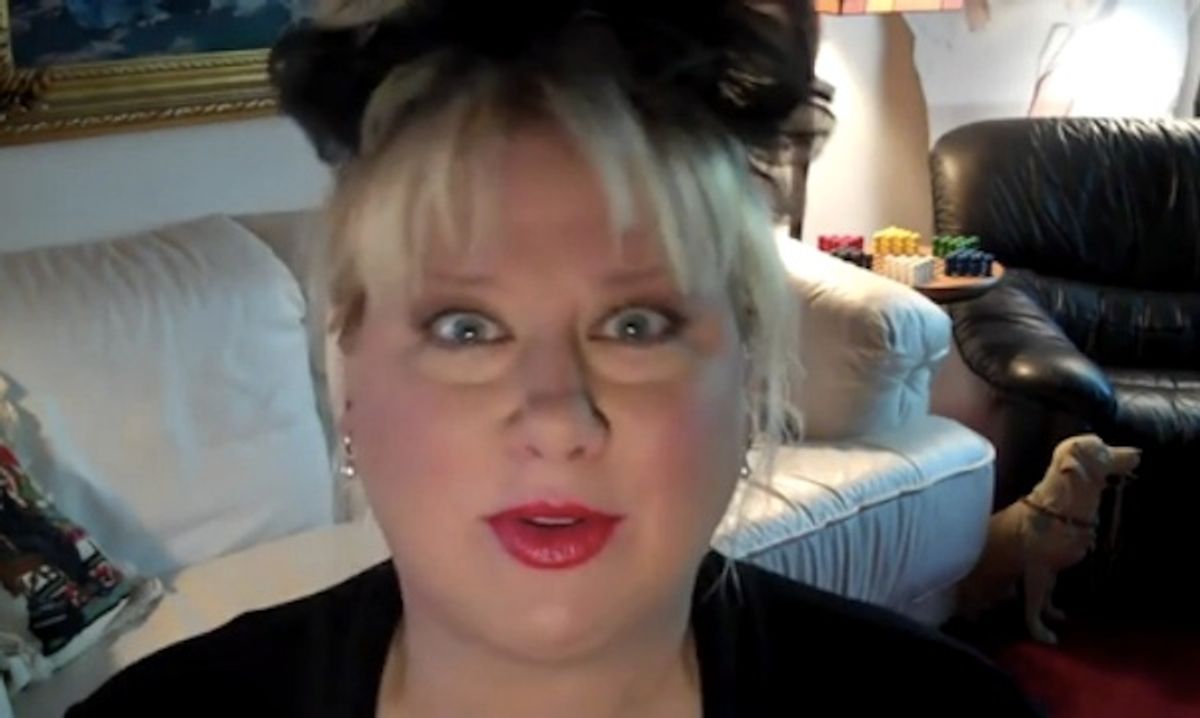 If there is one thing "Glee" co-creator Ryan Murphy loves, it is yelling about his detractors to the press. When the band Kings of Leon refused to let their songs be featured on the hit Fox show, Ryan issued a statement to the Hollywood Reporter, saying ""F--- you, Kings of Leon" and calling the group "self-centered assholes." He also called Slash "stupid."

Ryan's name-calling applies to anyone who doesn't want their music to be coopted by Lea Michele or Matthew Morrison, according to Dave Grohl. The Foo Fighters frontman issued some harsh words himself against Murphy last week, saying "It’s every band’s right, you shouldn’t have to do f---ing Glee,then the guy who created Glee is so offended that we’re not, like, begging to be on his f---ing show… f--- that guy for thinking anybody and everybody should want to do Glee.”

So far America has been waiting breathlessly for a profanity-riddled retort from Murphy, but that may have to be shelved now that "Glee" has bigger haters to fry, namely in the form of crazy-pants Victoria Jackson. The former "Saturday Night Live" actress continued to give women in comedy a great name when she released her latest diatribe against Muslims and gay people on WorldNetDaily.com, and calling the recent Kurt/Blaine kiss featured on "Glee" disgusting.

This new al-Qaida magazine for women has beauty tips and suicide-bomber tips! Gimme a break! That is as ridiculous as two men kissing on the mouth! And I don't care what is politically correct. Everyone knows that two men on a wedding cake is a comedy skit, not an "alternate lifestyle"! There I said it! Ridiculous!

Did you see "Glee" this week? Sickening! And, besides shoving the gay thing down our throats, they made a mockery of Christians – again! I wonder what their agenda is? Hey, producers of "Glee" – what's your agenda? One-way tolerance?

It's easy to assume this is some weird joke, especially when watched with the accompanying video of Victoria warbling terrible one-liners (not even jokes, really) about the "Mooslims," but nope, Victoria is definitely a hateful, misinformed bigot. (She's also married to a fire-breather and a magician, which should be funny but isn't, on account of all the crazy.)

After last week's cameo of Kathy Griffin as a Christine O'Donnell/Sarah Palin hybrid described in the show as a "Twitterer and former tea party candidate," it's obvious that Ryan Murphy and "Glee" has no qualms about gunning after the fringe conservatives. And though his tantrum over the Kings of Leon was uncalled for, we'd love to see him inflict some of that vicious rage towards a target that actually deserves it.