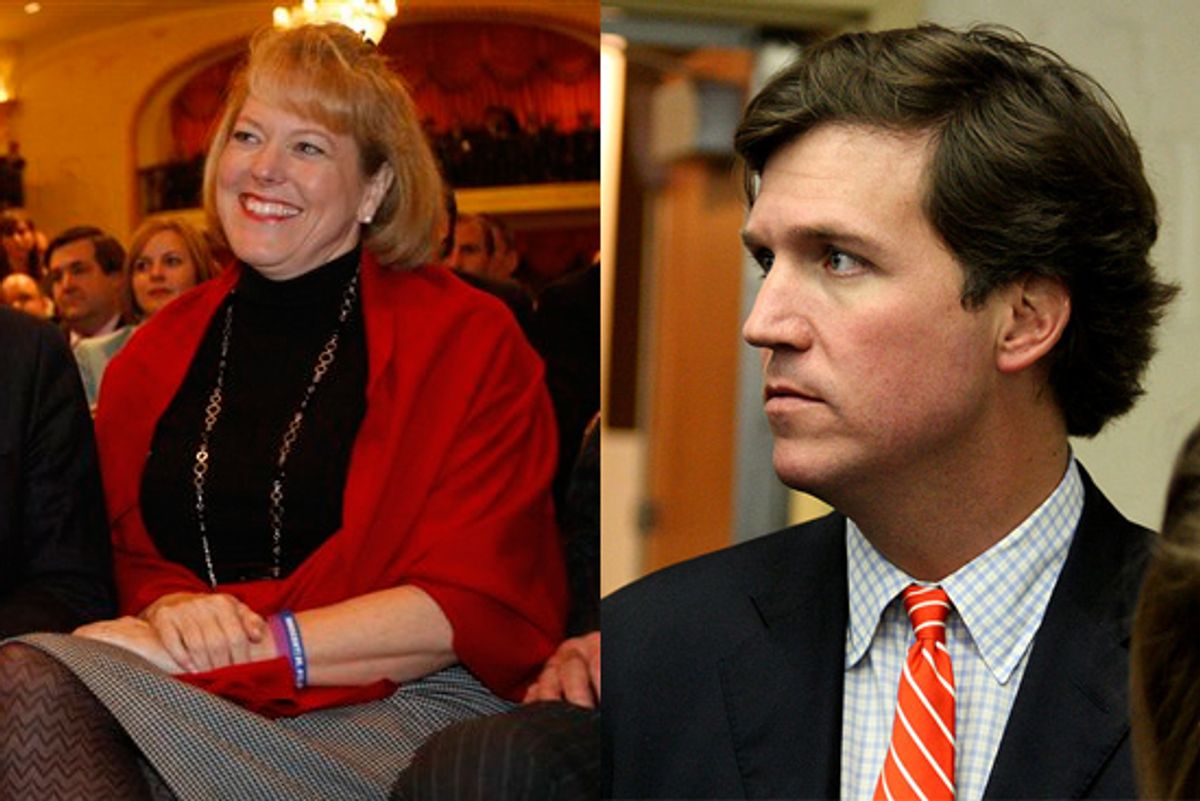 She has been hired by Tucker Carlson's "The Daily Caller," a web magazine that seeks to answer the question, "will people read literally any bullshit at all if we call it 'conservative' and occasionally throw in some sexism and homophobia?" Thomas will be a "special correspondent" for the Caller, which means she will "interview key political and community leaders -- from high-profile politicians to grassroots activists -- with a focus on listening to those outside the Beltway."

Thomas could use the work, I guess. Her Tea Party group asked her to take a backseat due to the constant negative publicity and scrutiny her presence and activities invited. (Like, for example, the fact that she was actively working to fight a law that her husband will probably eventually have to rule on, as a member of the Supreme Court. And also her husband just lied about her income on his financial disclosure forms, every year, because there was never any chance of any negative consequences for his actions, which is something of a pattern in his professional career.) So she quit and started a lobbying firm that didn't do anything. As long as Thomas is kept busy she may be less likely to call people her husband sexually harassed years ago and ask for apologies.

If the Caller wants to pick up castoffs from media mergers and management changes -- like Mickey Kaus, formerly of the post-Washington Post/pre-Tina Brown Newsweek, and Matt Lewis, of the pre-Arianna Huffington Politics Daily -- I say good on them. As long as every hack is published somewhere I won't be in need of material, or work. But Ginni Thomas is not a writer. I'm not convinced she can string together coherent sentences. She's a paranoid weirdo who seems more than slightly dumb. If this is supposed to be a "prestige hire," you'll be hard-pressed to find anyone who considers Ginni Thomas a feather in the Caller's cap. Beyond proving that people will pay a well-connected professional conservative to be a well-connected professional conservative no matter how useless and dim she is, I don't see the upside here.

The last time Ginni Thomas talked to the Caller as a subject, and not an employee, she lied to them about leaving her Tea Party group, which is pretty funny.