Is this bowl of rice with curried fish and onions Indian? English? American? Anyway, it's utterly satisfying 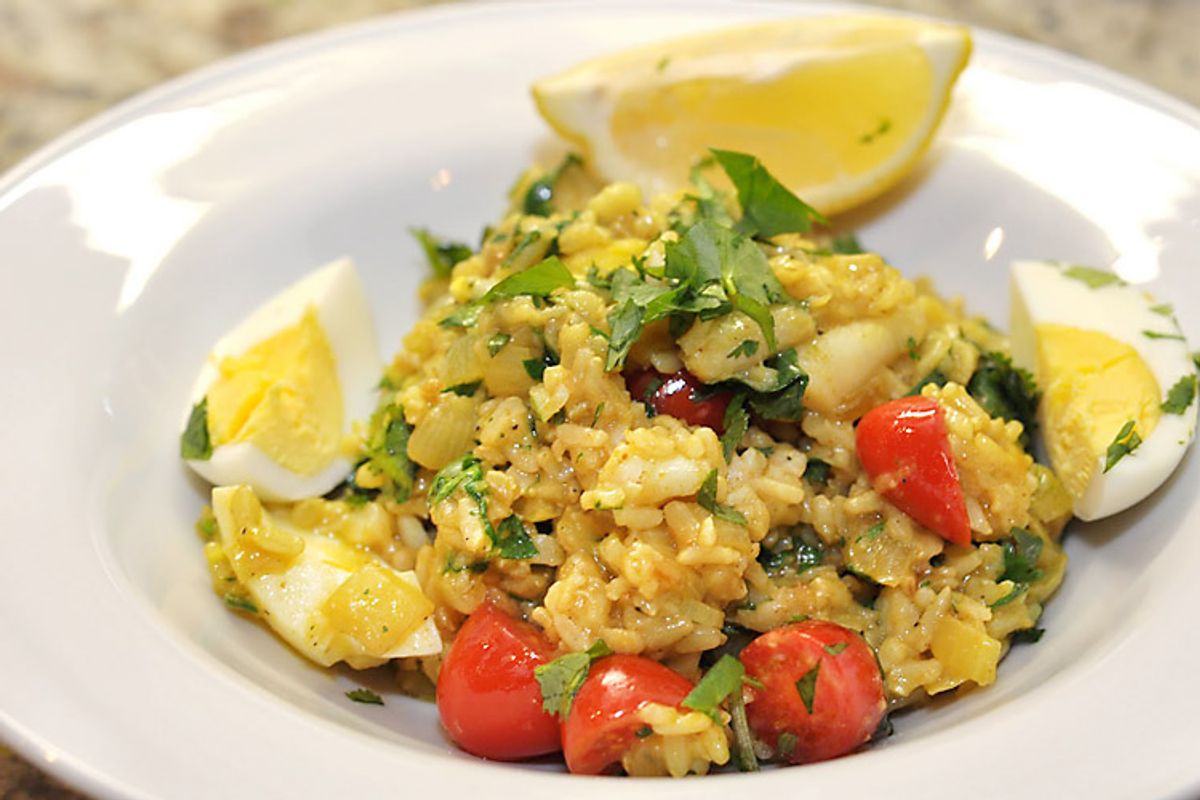 This is an English dish. Or an Indian dish. It's an Anglo-Indian dish, or maybe an Indo-Anglican dish. There are all sorts of tales about the origin of Kedgeree -- the Indians presented it to the British colonists, the Scots introduced it to the Indians ... who knows? And there are probably as many variations of the ingredients as there are of the origins.

When I first began to teach myself how to cook at the overripe age of 25, my English then-boyfriend -- now husband -- threw out this dish as a suggestion for me to tackle. It was difficult to find the ingredients for the recipe I had at the time. I did my best, tweaked it, then continued tweaking and tweaking until it became an Anglo-Indo-American (or Indo-Anglo-American) dish.

A curry-scented sauté of onions, fresh fish and rice, I love it and it is easy as anything to make. And when I make it, as soon as the curry wafts into my nostrils I think about my husband as a little boy peering under his mum's arm as she created this same aroma in her kitchen, just as my 3-year-old son peers under my arm asking, "Mommy, what's that you're making? I think I like that."

The following is my version.