Tim Pawlenty, action movie hero, would like your attention 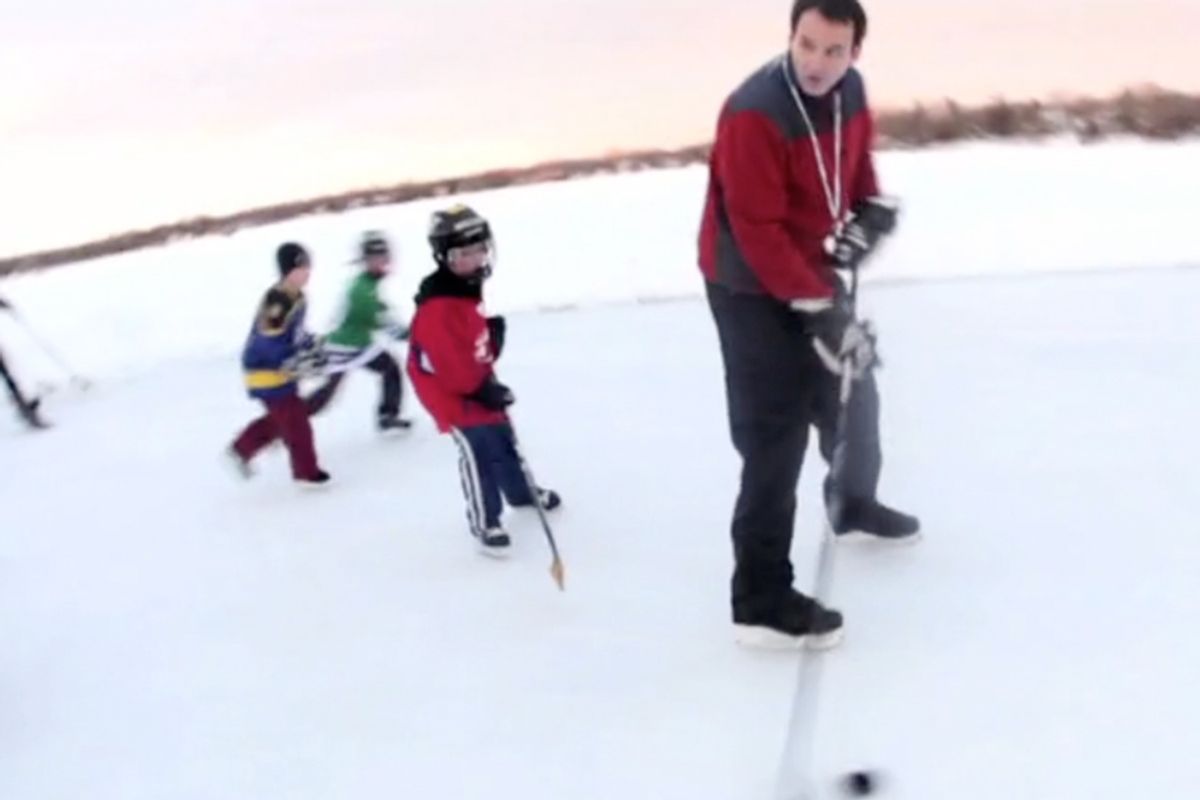 Incredibly dull northern former moderate Republican Gov. Tim Pawlenty is now a thrilling hard-right action film hero with a Southern accent. This is because he is running for president. He made it official yesterday. He released his newest, goofiest short film:

It's like some awful J.J. Abrams film, with the shaky cam and the lens flare. Pawlenty is the only true mysterious killer space mutant in the race!

The video's a big hit. The Atlantic's Chris Good counted the minorities in it. Pawlenty appears to actually be in the same room as a man who may be a Latino. Everyone else -- an Asian girl, a black family, a black man and white doctor who are friends -- is pure stock footage, from Getty and elsewhere. (Why bother?)

Along with the video, Pawlenty officially launched his exploratory committee on Facebook, to prove that he is cool with the kids. Except he actually launched his campaign with a conference call with reporters yesterday morning, which sort of undercut the "intimacy with my dedicated followers"/"us against the world" thing that Sarah Palin has mastered. (Pawlenty likes the MSM more than he likes his grass-roots supporters!)

He also began speaking in a Southern accent, for a day at least. His own Midwestern heartland is apparently not heartland-y enough.

Pawlenty is the first mostly serious candidate to officially announce (sorry, Newt) but it's still a long-shot run. If Pawlenty had been McCain's running mate in 2008, well, McCain might not have lost the voters turned off by Sarah Palin's transparent awfulness. But he'd also be a real 2012 front-runner, instead of a weird simulacrum of one -- a man acting like Romney's only real challenger despite being basically indistinguishable from the former Massachusetts governor, only without the cash advantage.

Pawlenty's biggest problem is name recognition. It will take him a lot of time and cost him a lot of money to simply be as well-known as Mitt Romney. Being McCain's running mate would've taken care of that problem handily, while also giving him a legitimate claim to the title of Next In Line, which is still very helpful in winning the Republican nomination.

His other problem is that he's just not very popular. Not in Minnesota, and not nationally. Earlier this month, Public Policy Polling found that Pawlenty did worse with people who knew who he was than he does with people who aren't really sure. Which is not a good sign! He will need a lot more awesome action movies to win over a skeptical public.

Though an OK run in 2012 could set him up for 2016 -- though having not sought another term as Minnesota governor, he'll need to do... something in the interim, right? Or not. Newt and Mitt and Sarah don't seem too concerned with doing anything at all with their lives beyond perpetually running or threatening to run for things. There will be hundreds of useless, mostly unemployed perma-candidates by 2020. Former one-term representatives and mayors and "Tea Party leaders" and lobbyists, contributing nothing to society but keeping political "analysts" employed.