The popular CBS sitcom gets a post-Soviet translation 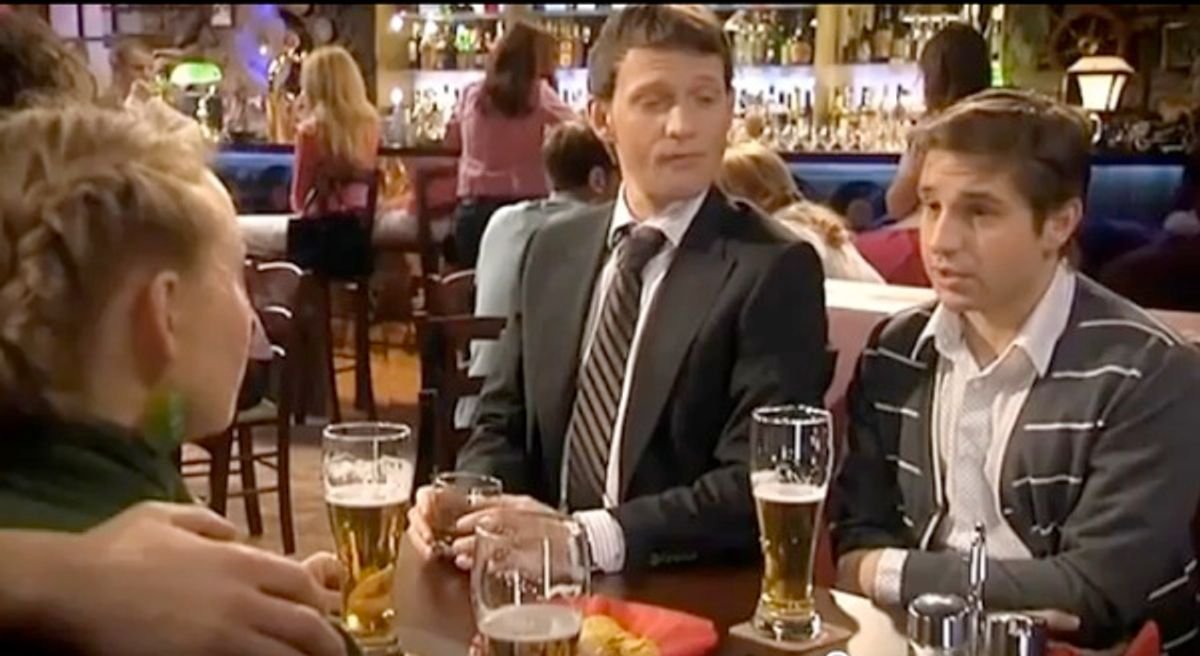 Some TV shows just don’t translate that well into other cultures. For instance, "Coupling" was the British answer to "Friends," but when we tried to Americanize the show after our own Rachel and Ross departed, something got lost in the translation. Likewise, "Ugly Betty" didn’t fair well with audiences in Hungary, even after a less mean-spirited title change to "Who is That Girl?" Columbia also wasn't a big fan of the show.

But as far as we can tell, the Russian adaptation of "How I Met Your Mother" is going to do gangbusters in the post-soviet nation thanks to the broad pratfalls, eye-popping facial expressions, and the near-limitless supply of drinks to throw at one another that has been such a staple of the CBS show since its inception. Can you figure out who is who in the Russian cast?

Ted is pretty easy to figure out. I'm guessing Barney is the guy in the suit, and the one with the weird hair is Marshall? If we're assuming this is the first season, the woman blowing Russian Ted off would be Robin, and the blond lady is Lily.

Now if only we could find out who the mother was!