The Defense secretary claims the U.S. military could turn over control of Libya operations 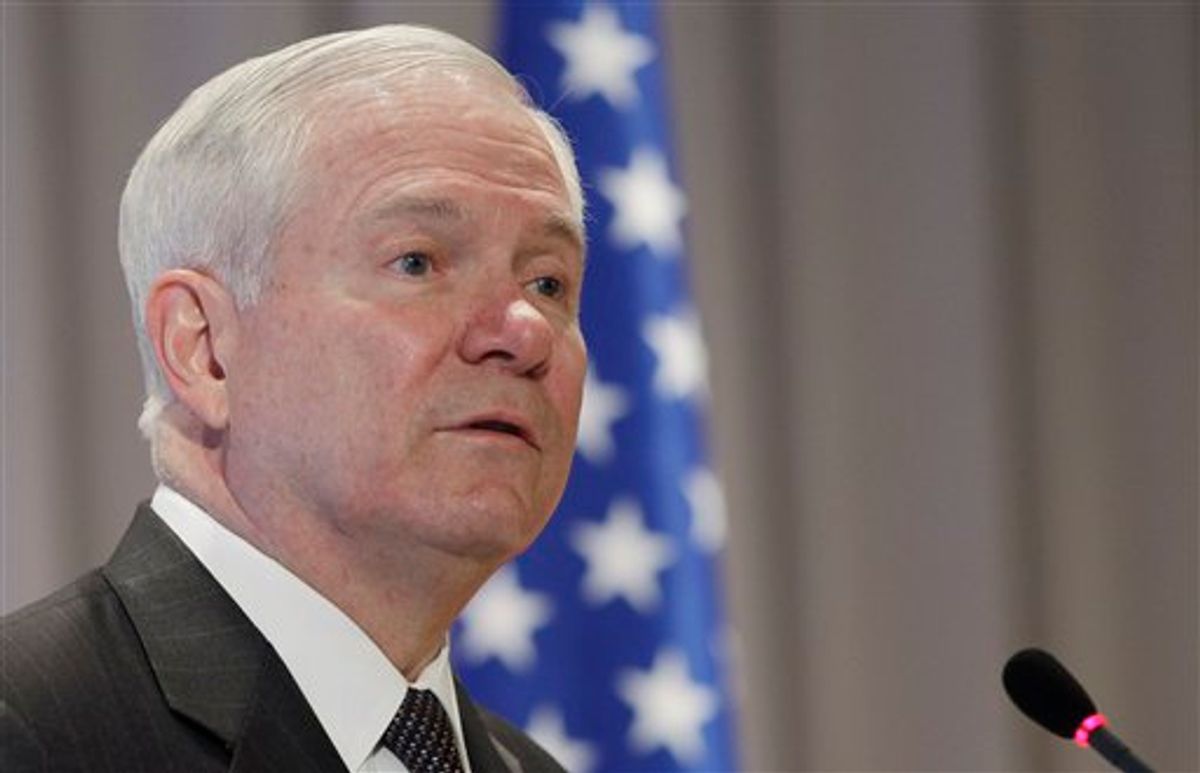 U.S. Defense Secretary Robert Gates says he can't predict when the international military enforcement of a no-fly zone over Libya might end, but that the U.S. could turn over control of the operation as soon as Saturday.

Gates says no one thought the assault would last only two or three weeks, but he could not say how the coalition operation might be resolved.

Gates said Wednesday the goals of the operation against Libyan leader Moammar Gadhafi are clear -- establishing a no-fly zone and preventing Gadhafi from slaughtering his own people. Yet Gates had no answer when asked about a possible stalemate that could occur if Gadhafi hunkers down, and the coalition has no U.N. authorization to target him.