One of the Tea Party's favorite senators toys with a presidential bid. He may do better than you think 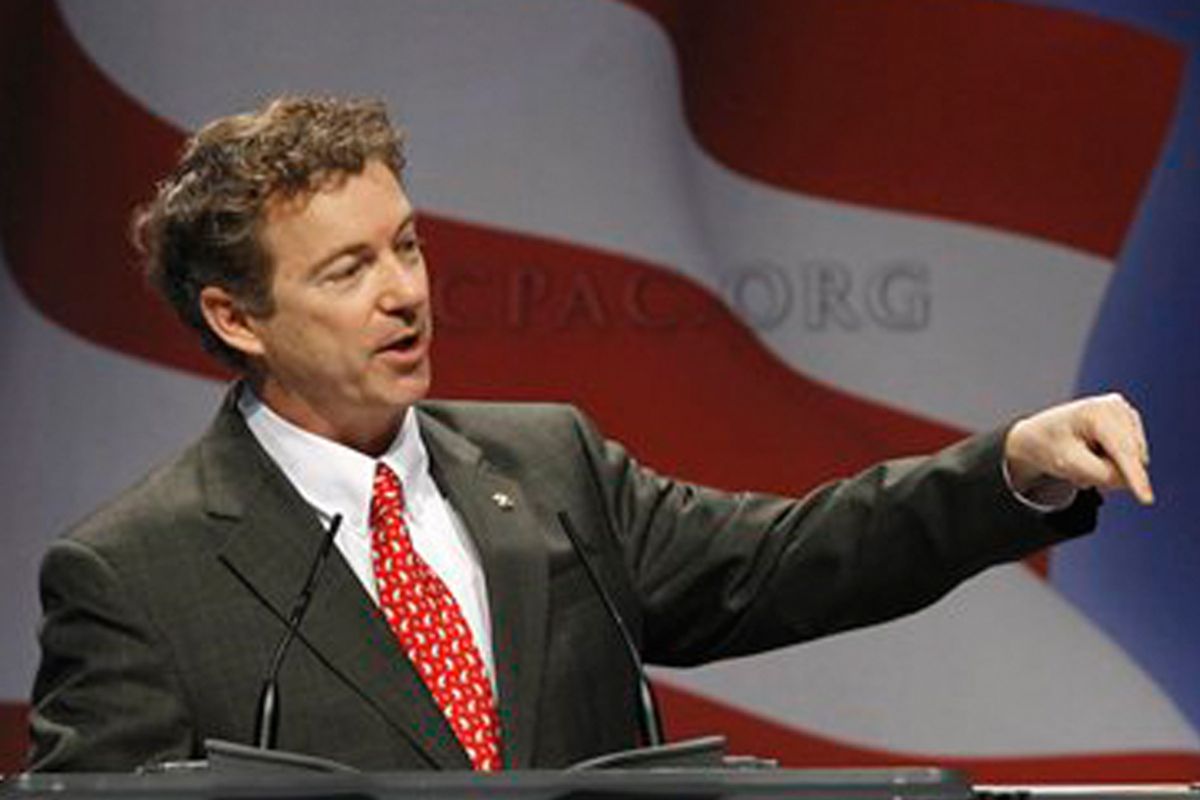 Perhaps the biggest surprise of Rand Paul's nascent Senate career is that it took him nearly three months to begin flirting with a 2012 presidential campaign.

After all, the logic of a Rand '12 bid has been obvious since even before he won the GOP nomination in Kentucky last May. His family's libertarian brand has never been so fashionable within the GOP but, at 77, Rep. Ron Paul may not be the ideal national messenger in '12. So why not run the younger, more camera-savvy Sen. Rand Paul instead?

Rand Paul was in South Carolina on Monday and will soon make appearances in Iowa and New Hampshire. On Monday he told reporters that "the only decision I've made is I won't run against my dad. I want the Tea Party to have an influence over who the nominee is in 2012."  An unnamed "Paul family advisor" also told CBS News that "there's better than a 50/50 chance that there will be a Paul in this race."

While it's hard to envision Paul actually winning the GOP nod, improving on his father's performance in the 2008 primaries seems entirely possible. Ron Paul finished fifth in Iowa with 9 percent and fifth in New Hampshire with 8 percent, then became a media afterthought. Given that he began the campaign with no money, no name recognition and no expectations, this represented a remarkable showing; he ended up beating Rudy Giuliani -- the early GOP front-runner -- in nearly every state in which they both competed. But it was also something of a disappointment, given the tens of millions of dollars Paul was able to raise and the free media he attracted. The New Hampshire GOP electorate, with its fierce libertarian bent, seemed a particularly promising audience for his message, and his campaign had hoped to break through with a much stronger performance there.

Rand Paul could potentially deliver such a performance. In a crowded field likely to underwhelm the GOP base, it's not hard to imagine Paul --  with his brash style and message of absolute ideological purity -- standing out in debates and winning over more Republican voters than his father, who still struggles with basic television skills. The best-case scenario for Paul would probably be replicating what Pat Buchanan achieved in 1996: a surprisingly strong showing in Iowa (he nabbed 23 percent, good for second place), followed by a startling win (with just 29 percent of the vote) in New Hampshire -- at which point a panicked GOP establishment rallied around the strongest non-Buchanan candidate (Bob Dole) and denied him the nomination.

If this doesn't seem like much to shoot for, just remember that for a few weeks in the winter of 1996, Buchanan's rise was the biggest news story in America. It didn't last long and it's largely forgotten now, but it probably provided Buchanan enough thrills to last the rest of his life. And while he was riding that post-New Hampshire wave, he surely believed the ultimate prize was within his reach -- even if his party was never going to let it happen.

And anyway, even if Paul failed to do as well as Buchanan, his campaign would still be a delight to watch: Just imagine what his debates with Mitt Romney will be like when the subject turns to healthcare ...