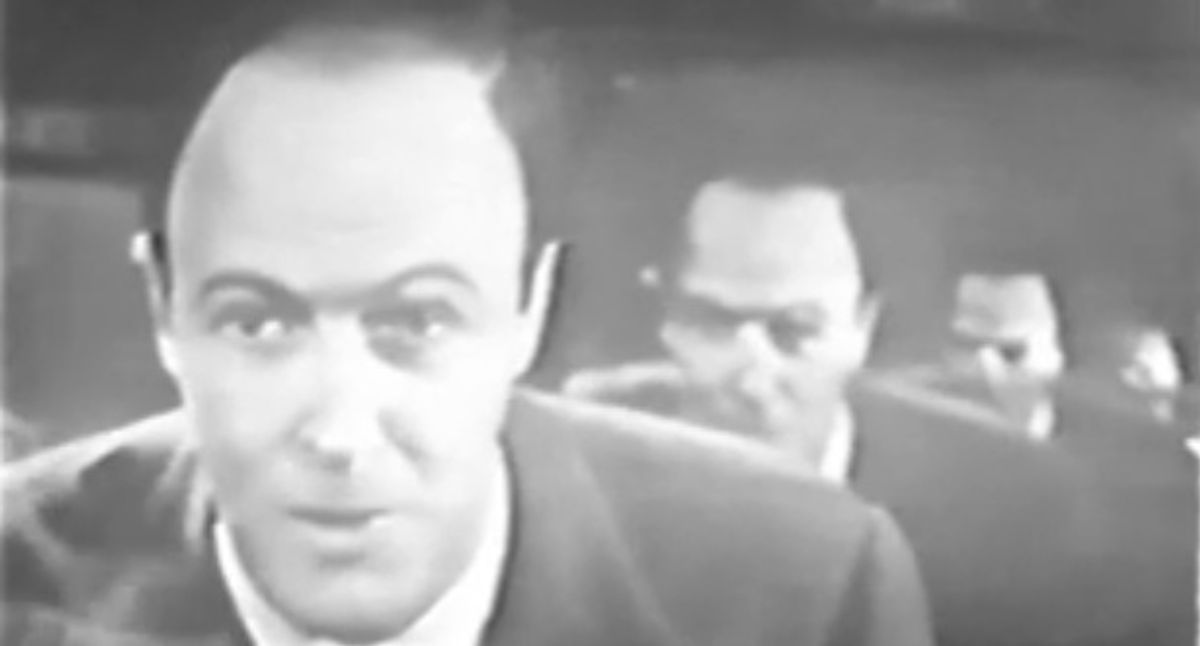 Your host for the evening, Roald Dahl.
--

When you think of Roald Dahl, you may think of "The Witches," "Charlie and the Chocolate Factory," "Matilda," or any of the other macabre children's books that the author penned after his years as a British pilot. (His first story ever published was called "Shot Down Over Libya" and was printed in The Saturday Evening Post in 1946.) But Roald -- that's pronounced Rue-al -- didn't just write for kids: His adult stories were even more macabre than his children's books (check out "Switch Bitch" if you don't believe me).

But one piece of Roald's oeuvre that has slipped through the cracks over the years was his brief stint as Rod Serling's competition, when CBS bought 14 episodes of the the sci-fi/horror show "Way Out" to go on right before "The Twilight Zone's" time-slot in 1961. "Way Out" featured similar plot devices as "Twilight Zone": Roald as the spooky, smoking narrator, a teleplay that focused on some dark side of human nature, and loads of famous guest stars. Ultimately "Way Out" was cut from the network's lineup, despite good critical reception and scripts adapted from Roald's own short stories. Now, for the first time, the five episode series is available online thanks to the Internet Archive.

We were tipped off to this development when BoingBoing posted the first of the series (which usually began with instructions on how to murder one's spouse), called "William and Mary," starring Academy Award nominee Mildred Dunnock as the wife of a man considering putting his brain in a jar.