The network seems terrified that a new sitcom from the "Mad About You" star will become a hit. Why? 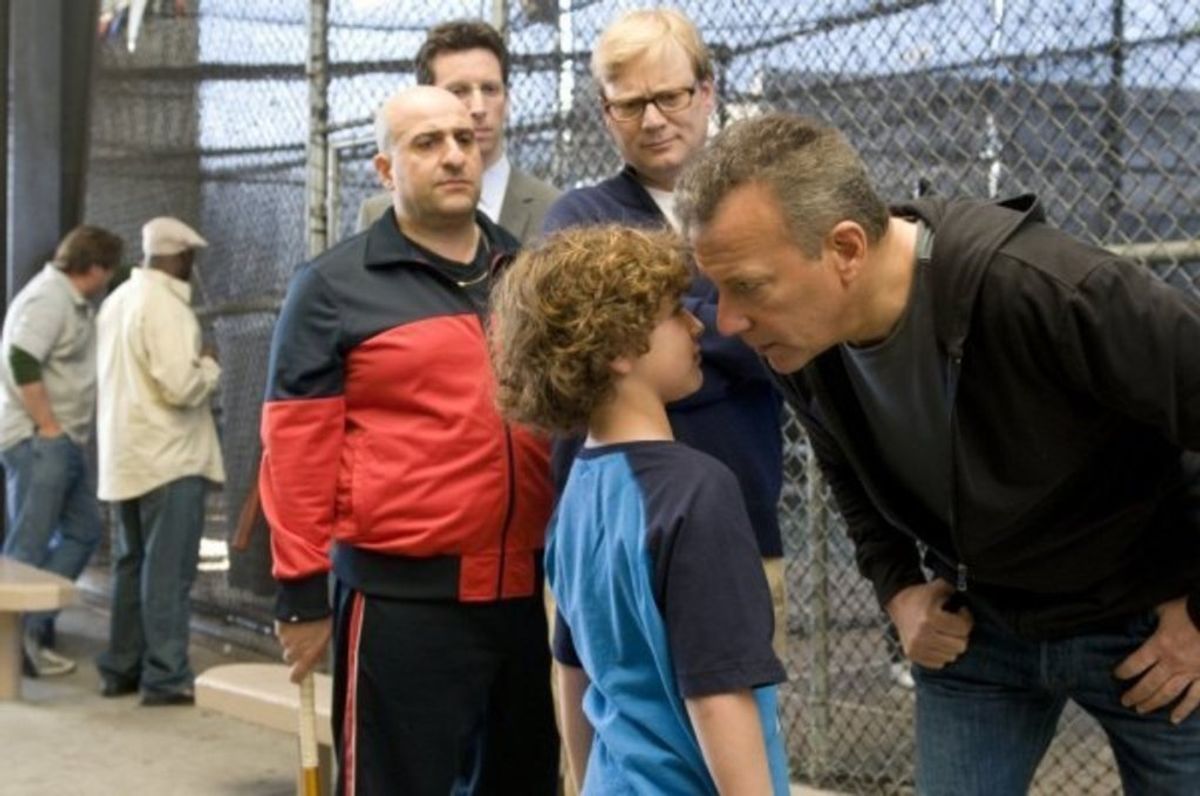 "I've managed to get everything in my life that I ever dreamed of," says Paul Reiser in a trailer advertising "The Paul Reiser Show," his first sitcom since "Mad About You." "The only problem is, I'm not dead yet. So what do I do next?"

How about airing on Thursday nights, becoming a surprise success, and accidentally destroying NBC?

No, really. Space is available at 8:30 p.m. on Thursdays -- a time slot about to be vacated by the just-canceled "Perfect Couples." Starting April 14, the network will plug that hole with Reiser's sitcom, which was announced as a possible fall, 2010 series last spring, then got downgraded to a possible mid-season replacement, then sat on the shelf. NBC must have made a gun-to-the-head decision to put "The Paul Reiser Show" on its most buzz-worthy night. As recently as Monday, Hollywood trade paper stories about the networks' 2011 summer lineups listed Reiser's sitcom as unscheduled. "The Paul Reiser Show" has six episodes in the can, but so far NBC has only committed to air four -- enough to help its Thursday-night lineup stagger through the spring.

Both Reiser's sitcom and NBC's awkward handling of it say a lot about the mentalities of sitcom producers -- and the demographic-obsessed networks that control their fortunes.

Originally titled "Next," "The Paul Reiser Show" is the latest in a long line of comedies exploring the lives of rich and famous performers. Reiser plays Paul Reiser, who made scads of money as the producer-star of "Mad About You" and now finds himself adjusting to life outside the spotlight. You've seen this kind of thing before. In fact, you saw it this season on Showtime's marvelous "Episodes," in which Matt LeBlanc played Matt LeBlanc, former star of a show called "Friends." You also saw it on "The Comeback," "Fat Actress," "Curb Your Enthusiasm" and CBS's short-lived "Bette."

On paper, Reiser's series would seem an OK fit for Thursday, a night stocked with improv-driven, often acutely self-aware sitcoms: "Community," "The Office," "Parks and Recreation," "30 Rock" and "Outsourced." Yet NBC resisted adding "The Paul Reiser Show" to its schedule on any night. Why?

It could be because NBC just didn't think it was good -- but that didn't stop the network from airing the lackluster "Outsourced" and stubbornly supporting its presence on Thursdays. I can't vouch for the quality of "The Paul Reiser Show," having only seen parts of the pilot -- I'll review the whole thing the week it airs -- but based on clips and a synopsis, it looks like another laid-back, semi-improvised comedy. Early scuttlebutt says it's a pleasant but unremarkable sitcom; yet it supposedly tested well with focus groups, and pleasant-but-unremarkable sitcoms have been known to catch fire and stay on the air forever.

The most intriguing theory I've heard (via TV writers and network veterans) is that NBC shelved the show because it was scared it might become an unlikely hit and damage its hard-won identity as a broadcast network with youth appeal. Reiser turns 54 on March 30, and most of the major characters on his new sitcom are over 40. NBC is obsessed with the 18-to-49-year-old demographic -- really the 18-to-34-year-old demographic, though it doesn't mind if a few old-timers watch alongside the young 'uns. The network had to give Reiser's show a shot at some point because "Mad About You" made ungodly amounts of money for NBC in the '90s. But it has an over-50 star who is no longer a household name -- and for a youth-obsessed network, that's a problem.

According to this theory, if the "The Paul Reiser Show" did well enough to get renewed and be considered an anchor for whatever night it played, NBC would be forced to reshuffle its programming to find complementary lead-ins and follow-ups -- meaning non-youth-appeal shows with stars in Reiser's age range. That would have jacked up the average age of viewers on whatever night "The Paul Reiser Show" aired, and driven down advertising rates (because advertisers pay more to reach younger viewers whose buying habits aren't set).

In this scenario, even a modestly successful run for "The Paul Reiser Show" could cause long-term financial headaches for NBC by turning at least one night of the week into Old Folks' Night, with discount coupons for advertisers. If that night turned out to be Thursday -- with high school and college-age viewers tuning out the minute Reiser appears on-screen -- the effect would be seismic. The network is already struggling to figure out what to do with "Harry's Law," the David E. Kelley drama starring 62-year-old Kathy Bates. It's doing well on Mondays at 10 p.m. despite a weak lead-in, "The Event," and provides a nice segue into the older-skewing local news and "The Tonight Show." But the network will be hard-pressed to build a night around "Harry's Law" if it returns next year, and if it puts one or two more shows on the air starring 50- or 60-something leads, wags will start joking that NBC is morphing into CBS in the early '90s, when its identity was defined by "Murder, She Wrote" and "Diagnosis: Murder."

I realize this all sounds bizarre, like the plot of "The Producers" in reverse. But it is, in fact, how programmers think -- and they've been thinking that way for so long that viewers are trained to think that way, too.

"As a member of the target viewing audience who was 14 when [Reiser's] previous show went off the air, what would draw me to this new show?" asked a reader in the comments thread of a Zap2It article about the NBC pickup. "I think most people in my age group are generally unfamiliar with Paul Reiser as either a comedian or an actor, except for the 'Curb Your Enthusiasm' appearance." "Just what that 18-49 demographic wants ... 30 minutes of Paul Reiser!" said a HitFix reader.  "This should be on TV Land with the new Betty White show," said a commenter at Deadline Hollywood.

I never liked "Mad About You" and find Reiser only fitfully amusing. But for purely mischievous reasons, I'm rooting for the show to become a gigantic hit. I love imagining the hippest programmers at the hippest broadcast network reading the overnight Nielsen ratings on April 15, reenacting Edvard Munch's "The Scream," and driving to work muttering about how that horrible old man Paul Reiser ruined everything.