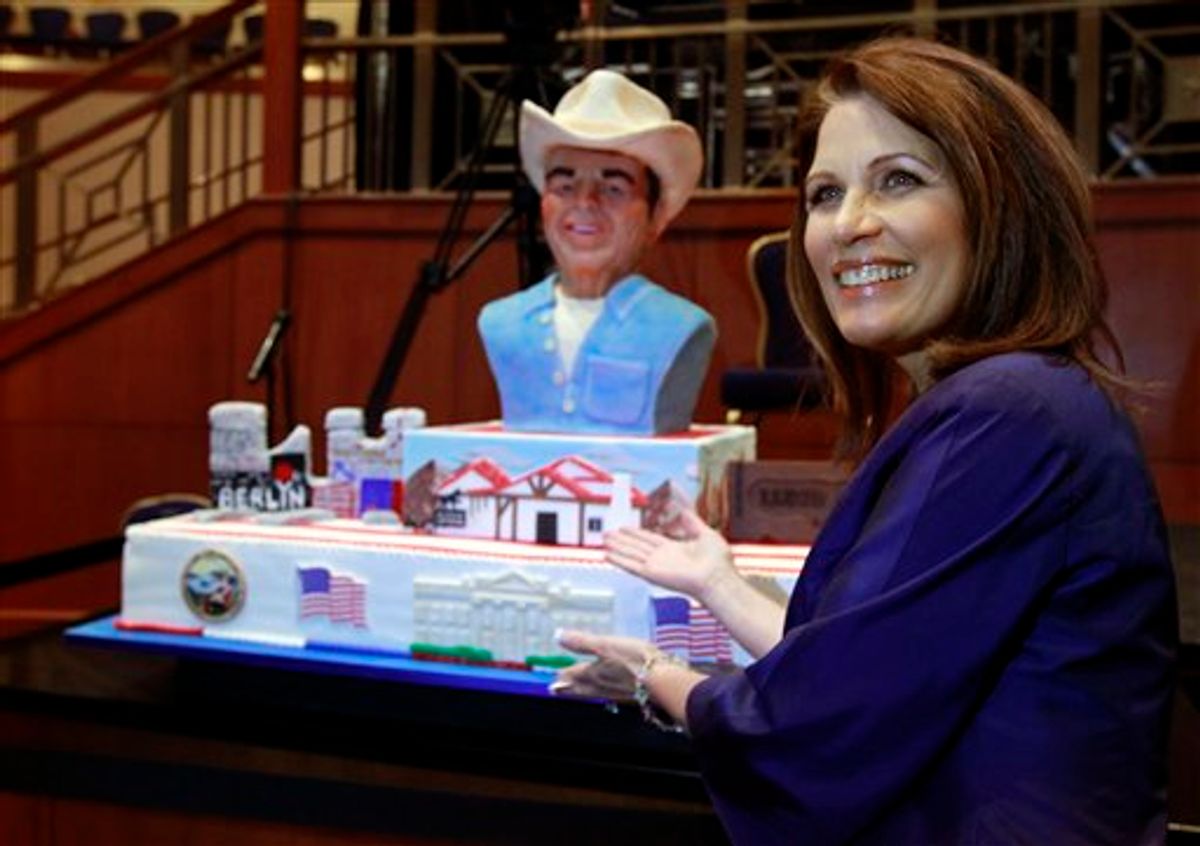 Well, now there are two Minnesotans in the 2012 race, despite the fact that the Constitution strictly states that no Minnesotan will ever reach office higher than vice president. Michele Bachmann, three-term congresswoman with no accomplishments beyond an ability to enrage Chris Matthews, will form an exploratory committee, according to CNN.

She plans on forming the committee in the early summer, but she could move sooner if debate organizers tell her she needs to be a formal candidate to participate, because she is just doing this to be on television.

A presidential run might lead the press to dig into Bachmann's weird past. While her every idiotic statement shoots across the Internet at lightning speed, no one has seriously examined her gradual shift from anti-gay small-town bigot evangelical Christian social-con to national Tea Partying Constitution-studying Ron Paul acolyte. And maybe someone at a debate (Newt?) will bring up the fact that Bachmann once belonged to a church that literally considers the pope to be the Antichrist. That'd be good for a laugh.

The one nice thing about Bachmann doing this is that it means it will be even harder for poor Tim Pawlenty to get any press attention.