After the scandal surrounding his recent ABC appearance, the rapper explains the situation to his fans 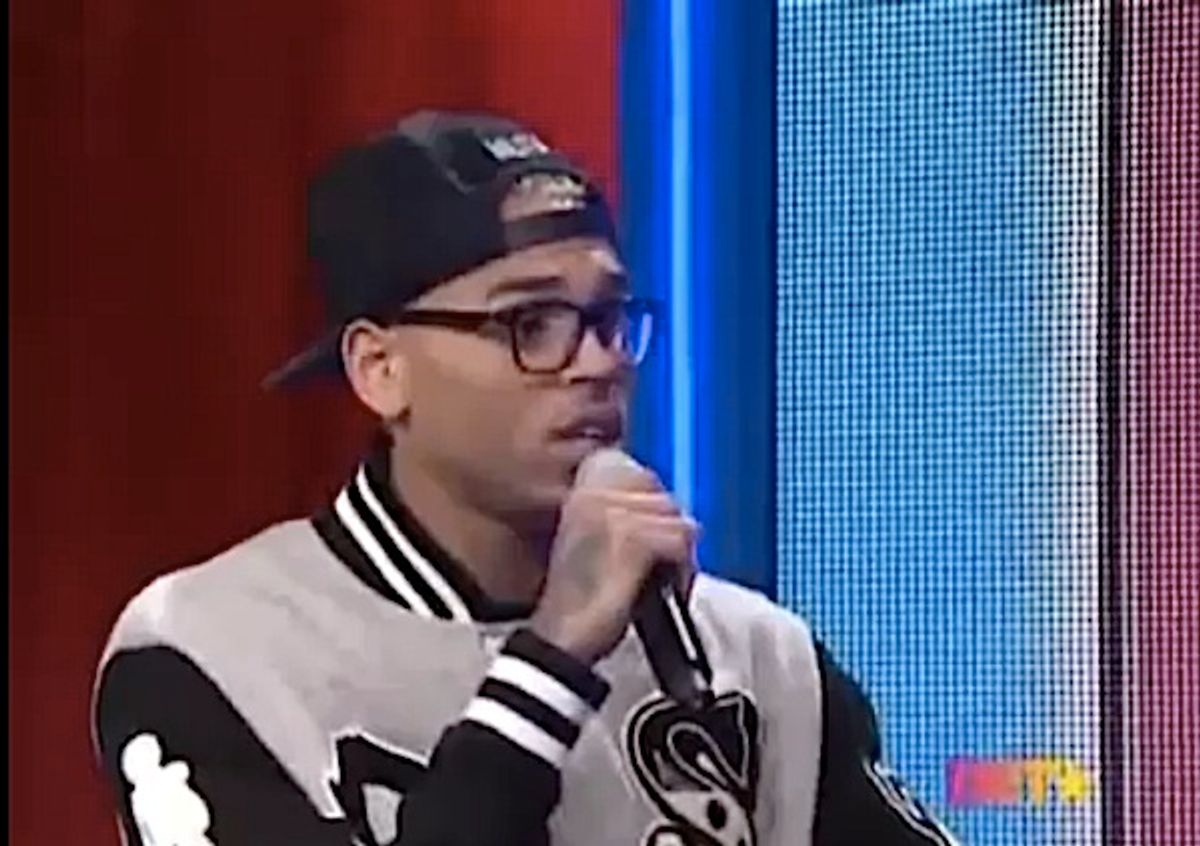 There's been a lot of talk since Chris Brown stormed off the set of "Good Morning America" Tuesday. The outburst came after Robin Roberts focused most of her interview not on the rapper's new album, but his assault charges from two years ago when he beat up his then-girlfriend Rihanna. He broke a window, took off his shirt, and screamed so loud after the segment that security was called. Then he went to play some basketball.

Now there's been a lot of back and forth about who was wronged here. Some people think Chris Brown has to answer for his crimes, no matter how old they are, and this recent act of violence is just more evidence that he still has intense anger issues. Basically, that we shouldn't give him a free pass for destroying property just because he was asked some tough questions. Others (myself included) questioned the hypocrisy of ABC pressing Brown about his violence against women when they recently gave another celebrity with a similar rap sheet a free pass. It's a tough situation, and one where there are no obvious winners, except maybe "Good Morning America," which has gotten a ton of free press to make statements about how they're not pressing charges and how they've already "forgiven" Chris. Fair enough.

Yesterday Brown made a statement of his own BET, explaining that despite what's been written in the media, he had not approved the questions about his 2009 arrest. He's really sorry, and says his post-show outburst was his way of "letting off steam."

It's a tough issue, and both parties were in the wrong. But there is something to be said for this weird media loop that we're in that "Good Morning America" has already asked Chris back on the show, apparently so they can all sit around discussing what happened two days ago when they were all sitting around discussing what happened two years ago. And the farther we move away from the actual issues -- Chris' violence, "GMA's" exploitation and hypocricy – and towards the ouroboros of media commenting on media, the more we lose site of why these things are problems in the first place.