I was drawn to "Jersey Shore" by its candid characters, but its new season has become a lurid cautionary tale 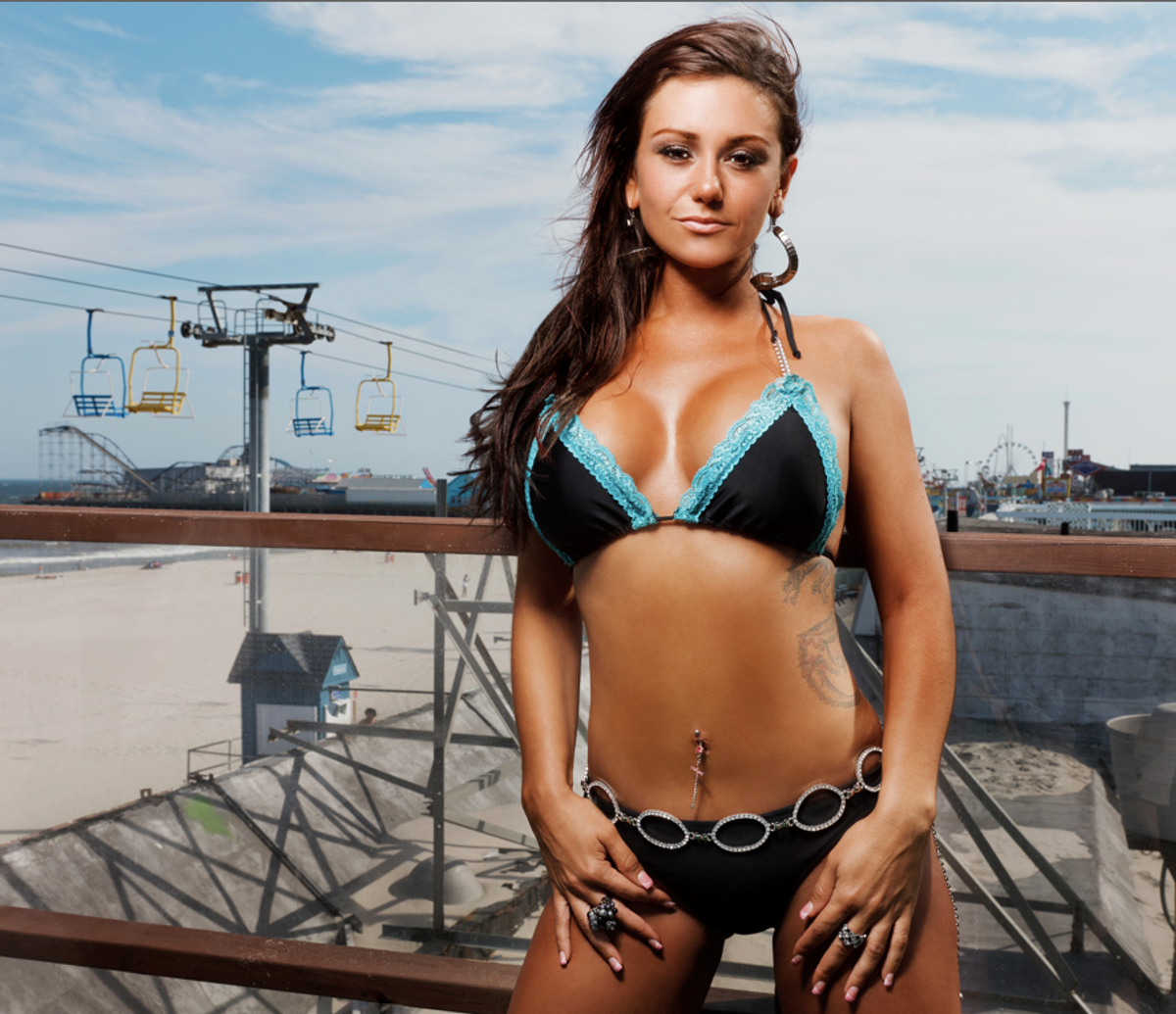 When MTV's "Jersey Shore" first came out, I refused to watch it. Convinced that any exposure would infect my brain cells and taint any possibility for regeneration, I kept a healthy distance. Until one fateful day curiosity got the best of me, and I wanted to see what all the hype was about. With just one lick of the pilot episode on MTV.com, I have been devouring it ever since.

What I found seductive about the show (whose third season finale airs tonight on MTV) was the unadulterated innocence and willingness of its personalities to expose themselves. Do I dare admit that I admired their candor? While I often hide behind social convention and politeness in the public realm, these personalities unapologetically spoke their minds, either unaware or unconcerned with the consequences. The entertainment was so pure because they were being themselves in what seemed like a truly authentic way.

But then fame happened. Their understanding of their popularity transformed what was once an untainted exposé into a self-conscious portrayal of characters. It was as if each person became a gimmick of his or her former self. Their innocence stripped, what was left behind seemed a pale version of what had made them so endearing; the people of Jersey Shore became shadow archetypes that we can relate to, but never want to embody.

There is the archetypal predatory male, and then, more dynamically, three different types of disempowered woman. Now, I am not the first person to bring up gender dynamics when discussing the "Jersey Shore," but that is because they have been played out in one of the more obvious ways since "Mad Men." "Mad Men," however, is a portrayal of life 50 years ago, whereas Jersey Shore is supposedly set in the present.

You have Sammi Sweetheart, an abused woman; J-Woww the serial monogamist who can’t be without a boyfriend; and Snooki, the desperate girl. I am not looking down on these girls, because I have been all of them in varying degrees. They are antiheroes, displaying in plain view the darkness of female insecurity. Many women can identify with being in a destructive relationship that feeds on a vicious power dynamic, jumping from one relationship to the next, or wanting love so frantically that you will do any number of embarrassing things to find it. In many ways Sammi, J-Woww and Snooki are exhibiting the female problem of finding self-validation through relationships with men.

Where the show was once a fun escape, I now find myself getting viscerally anxious -- when, for example, Ronnie destroys everything Sammi owns while sadistically screaming, "I am glad I cheated on you in Miami, bitch!" My dreams are becoming haunted by what I wish Sammi had said to eliminate the toxicity in her life, rather than going back to him after he feebly apologizes, time after time.

As I watch the men of the house attack Sammi for a text message she wrote while she and Ronnie were broken up, my mind races to episodes of my own life where I wish I had stood up for myself. Mike "The Situation" Sorentino calls Sammi a "sneaky bitch," ignoring Ronnie’s exploitative treatment of her. The hypocrisy is sickening. It is hard not to cringe as a belligerently intoxicated Snooki barges into Vinnie’s room looking to "snuggle" and then throws a fit when he is already in bed with someone else. She has the self-awareness to know that her feelings for Vinnie are problematic, but she can’t seem to resist crying over him and allowing him back into the soft spot of her heart. But I have been there. I don’t think anyone is a stranger to unrequited love.

In a way, I feel most frustrated by the actions of J-Woww, who looks like an Amazon ready to spear any beast that dares cross her path. I want her to be an icon of feminine strength, but her armor of independence is cracked by her need to have a man in her life. There is something disconcerting about her jumping from the bed of one man, Tom, into the arms of another, Roger, rather than taking time between relationships to absorb and reflect on what happened with the last one. That and the fact that her taste in men is awfully questionable. But that's the thing about reality TV: The main characters are people, not actors. With enough notoriety they become a strange sort of hybrid -- acting the way they think people want them to -- but despite the interference of producers and celebrity, an essential part of their true essence prevails.

Toni Nagy, a graduate of Sarah Lawrence who majored in dance and philosophy, blogs at tonibologna.com.