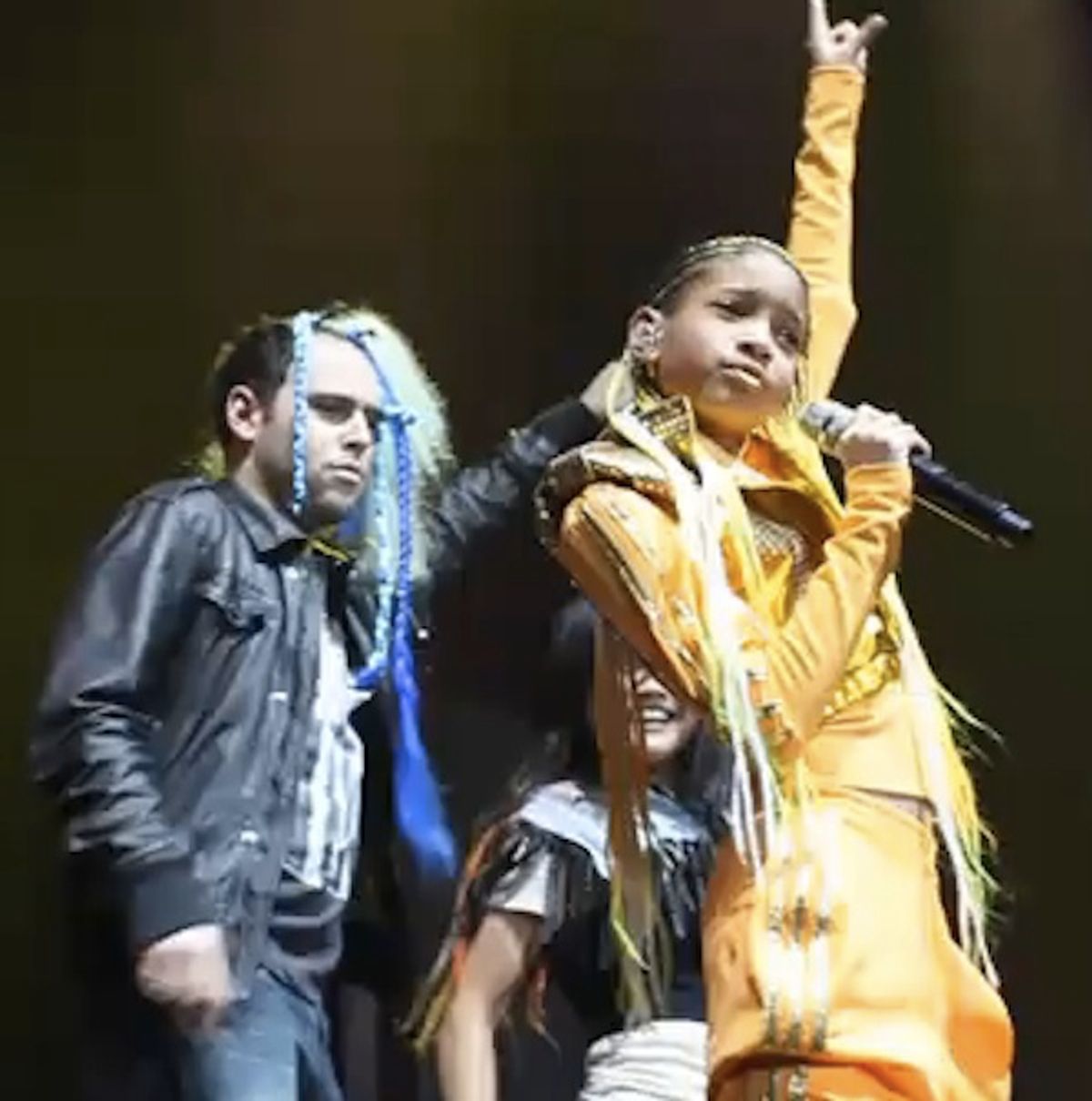 Scooter Braun is a smart man. The manager of Justin Bieber must have known that once he snagged one of Will Smith's kids to sing on a track (Jaden Smith also appears in Justin Bieber's new film "Never Say Never"), it would be easy to grab the other one. It's a little backdoor maneuver: although no one really knows (or cares) about Jaden's singing career, Willow "Whip my hair back and forth" Smith has a top 20 Billboard hit, a new single, and has already been on "Oprah."  So it should have come as no surprise to anyone that Scooter's inclusion of Jaden on a Bieber track would lead to Willow opening up for the pint-size rocker on European leg of his tour. She even referred to Justin as her "big brother." Well played, Scooter.

What is surprising is how Scooter then decided to show his gratitude: by dressing up as a backup dancer with Justin's "swagger coach" Ryan Good during Sunday's show in Manchester and trying to throw off the 10-year-old's game during her infamous song. And that's before Justin comes out on the cowbell...

Sure it's a prank all in good fun, but in a sneakier way it's also Scooter asserting exactly who the headliner of this tour is (in case anyone forgot). It's all fine and good to have the two offspring of an A-list coupling sign on to sing with your Canadian angel, it's another to have their star power start eclipsing his own. Imagine if Jaden or Willow had tried to pull that stunt during Justin's set: we might have seen a very different kind of reaction.