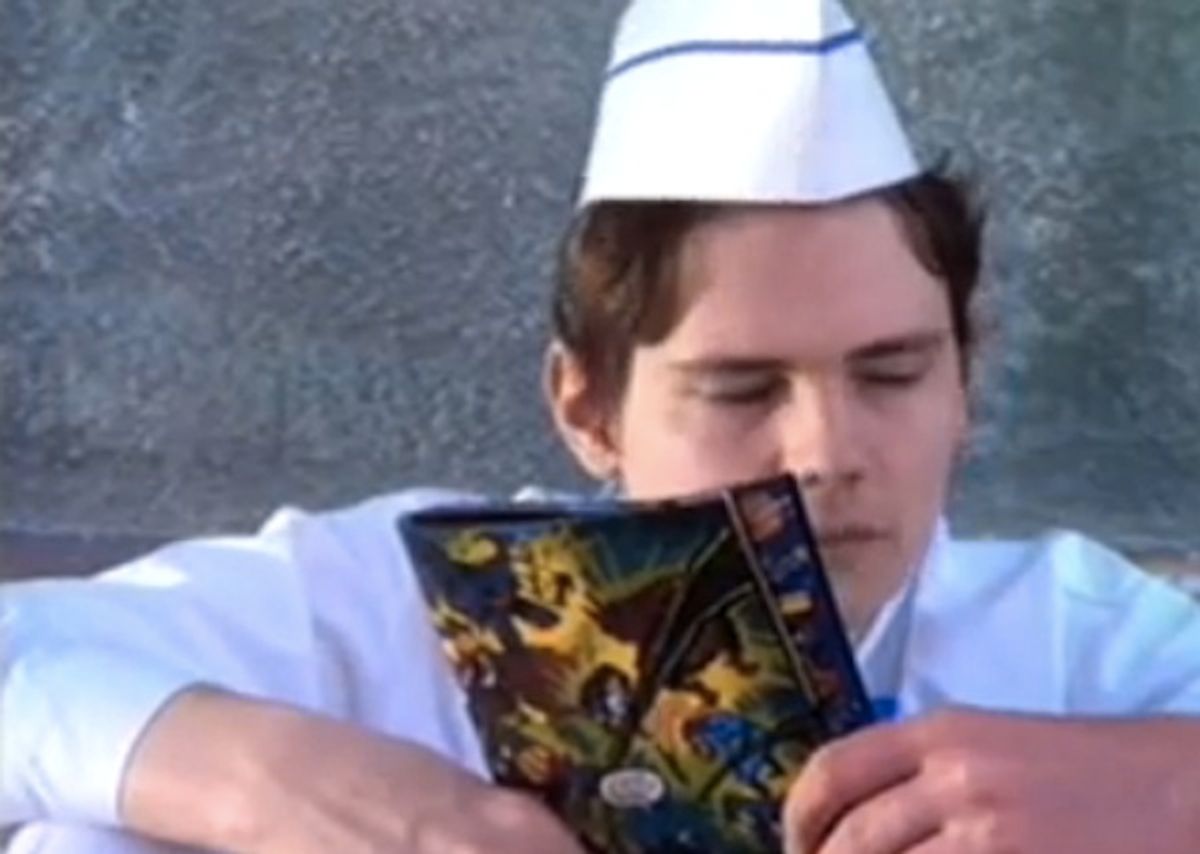 You ever wonder who the hell decides on the concepts for music videos? Half the time they have nothing to do with the song and have a totally different narrative going on than the lyrics. That's why we're lucky to have "literal video," a meme where people redub songs to explain what's happening in the video.

So far, some of the best literal videos have been translations of the weirdest songs, like a-ha's "Take On Me" (with the lines like "Look at the frame/there's a handsome guy inside the comic!") and Tears for Fear's "Head Over Heels" ("The monkey's reading let me help with the books/ you've got really big glasses"), which serve to highlight the absurdity of these silent films we take for granted in the era of MTV.

The most recent literal video takes on Smashing Pumpkins' "Today," that grungy, whiny anthem that featured imagery of ice-cream trucks, deserts, and painted people making out, despite the song being about…I don't know, actually. A really great day? Hey, it makes more sense if you watch the video.

Oh, now we get it! The song is about…actually crap, we still have no idea. Can someone do Radiohead next?