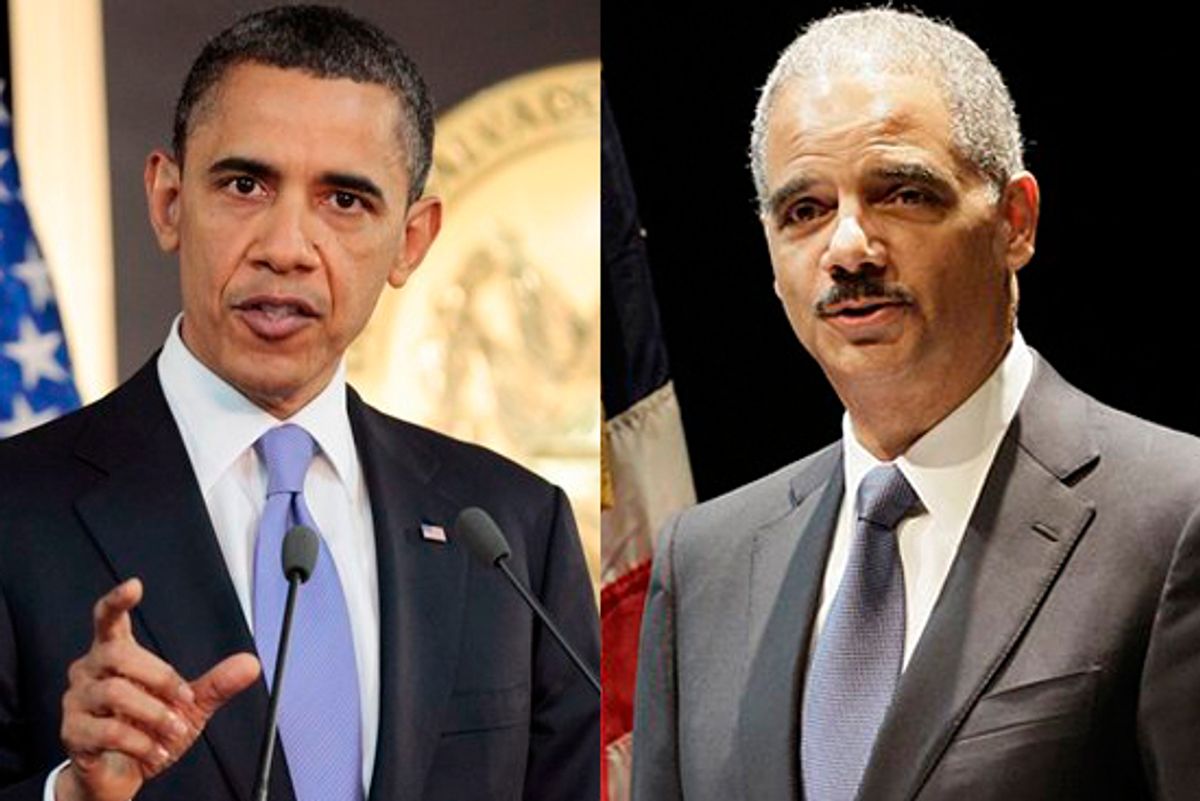 (UPDATED) The Obama administration has created a new interrogation policy in which investigators may waive the Miranda warning if they think it necessary to get timely intelligence from a terrorism suspect, the Wall Street Journal reports.

I reported in January that the Justice Department had created a new -- but secret -- policy on Miranda. The rule, named after a 1966 Supreme Court decision, holds that information from an interrogation is inadmissible in court unless the criminal suspect has been informed of his right to remain silent, and to a lawyer.

Now, the WSJ's Evan Perez has gotten his hands on Obama's new policy. While the WSJ didn't print the full text, here is a taste:

A Federal Bureau of Investigation memorandum reviewed by The Wall Street Journal says the policy applies to "exceptional cases" where investigators "conclude that continued unwarned interrogation is necessary to collect valuable and timely intelligence not related to any immediate threat." Such action would need prior approval from FBI supervisors and Justice Department lawyers, according to the memo, which was issued in December but not made public.

The Supreme Court had previously recognized a "public safety exception" to Miranda under which police could interrogate suspects, typically for an extremely short period of time, about matters that could be an imminent threat. The classic example is: "Where's the gun?"

But now there appears to be a new standard under which investigators can waive Miranda in order "to collect valuable and timely intelligence," in the absence of an immediate threat.

Following the interrogation of the man who tried to blow up a plane in Detroit on Christmas Day 2009, legal experts suspected that the Obama administration had altered Miranda rules. The suspect in that case, Umar Abdulmutallab, was apparently interrogated for several hours before he was informed of his rights. At the time, some congressional Republicans demanded that Miranda be given up for terrorism cases altogether.

The evolving nature of the terrorist threat demands that we keep the men and women on the front lines advised of all lawful and appropriate tools available to them to identify, locate, detain, and interrogate terrorism suspects. Law enforcement has the ability to question suspected terrorists without immediately providing Miranda warnings when the interrogation is reasonably prompted by immediate concern for the safety of the public or the agents. Because the complexity of the threat posed by terrorist organizations and the nature of their attacks -- which can include multiple accomplices and interconnected plots – creates fundamentally different public safety concerns than traditional criminal cases, we formalized guidance last year that outlines the appropriate use of the well-established public safety exception to providing Miranda rights in the terrorism context.

The question now is whether this doctrine will be challenged in the courts, and whether the Supreme Court will let it stand.

UPDATE: Charlie Savage points out on Twitter  that the last line of the Journal story seems to contradict the rest of the piece:

"Also unchanged is the fact that any statements suspects give during such pre-Miranda questioning wouldn't be admissible in court, the memo says."

This is confusing because if pre-Miranda questioning will still be inadmissible in court, then it's not clear the DOJ has changed much after all. But there are other complexities. For example, in the Christmas Day case, the FBI sent in a so-called "clean team" to conduct the second round of interrogations after the Miranda warning had been given to Abdulmutallab. The reason was for this was to "protect themselves from challenges to evidence or statements" obtained during the unwarned interrogation. Would such a "clean team" be necessary under the new guidelines?