The government supporters pelted a group of roughly 1,000 protesters with stones 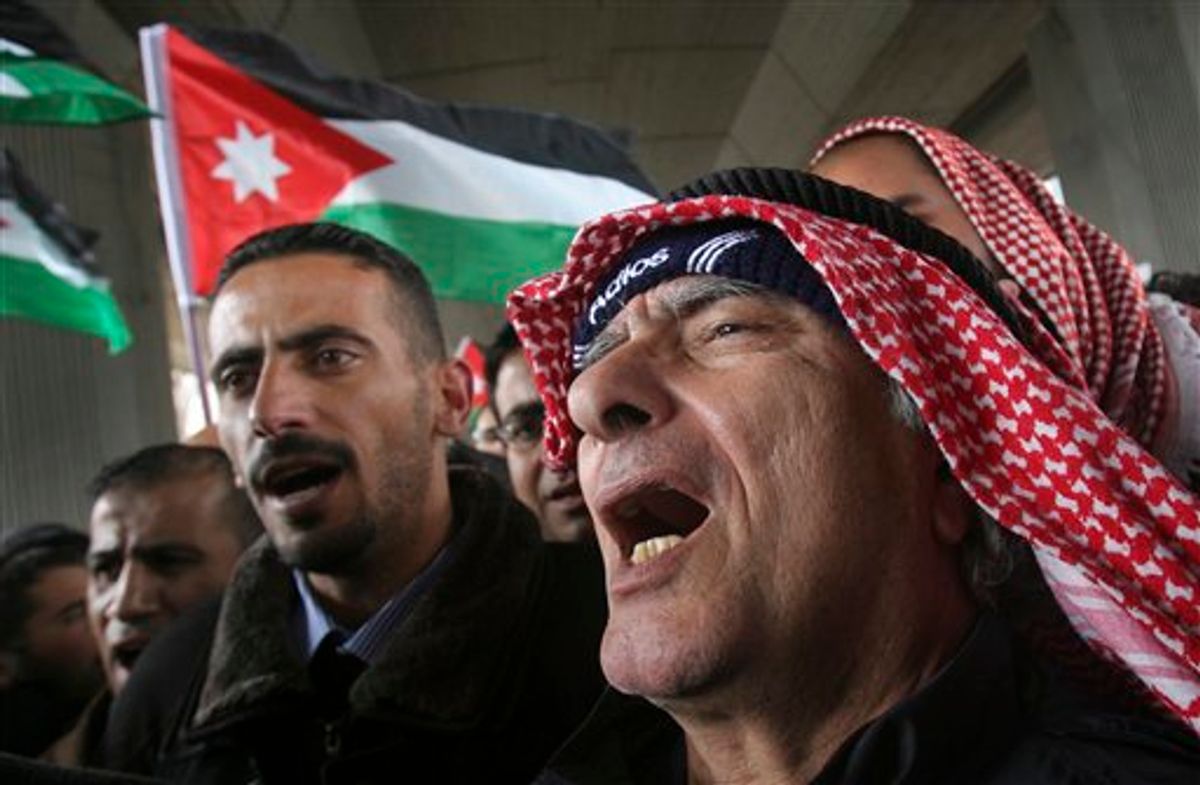 A Jordanian protester shouts slogans during a demonstration in Amman, Jordan Thursday, March 24, 2011. Hundreds of Jordanians, mostly university students or unemployed graduates unaffiliated with any political party, set up a protest camp in a main square in the capital on Thursday to press demands for the ouster of the prime minister and wider public freedoms. (AP Photo/Nader Daoud) (AP)
--

Pro-government supporters have attacked a gathering of Jordanian protesters demanding the dissolution of parliament and the firing of the country's prime minister, pelting them with stones and injuring six people.

The violence Friday came as about 1,000 Jordanians joined protests at the camp in central Amman, styled after Cairo's Liberation Square, where a popular uprising led to the ouster of Egypt's longtime president.

Late Thursday, 35 activists were injured in a similar confrontation at the central square in front of the Interior Ministry in Amman.

It marked one of the worst incidents of violence in three months of demonstrations at which Jordanian activists, inspired by pro-democracy protests sweeping the Arab world, have demanded more political say in the kingdom's affairs.