Scenes from "Star Wars the Musical"

What happens when you combine "Les Mis" with George Lucas? One high school finds out 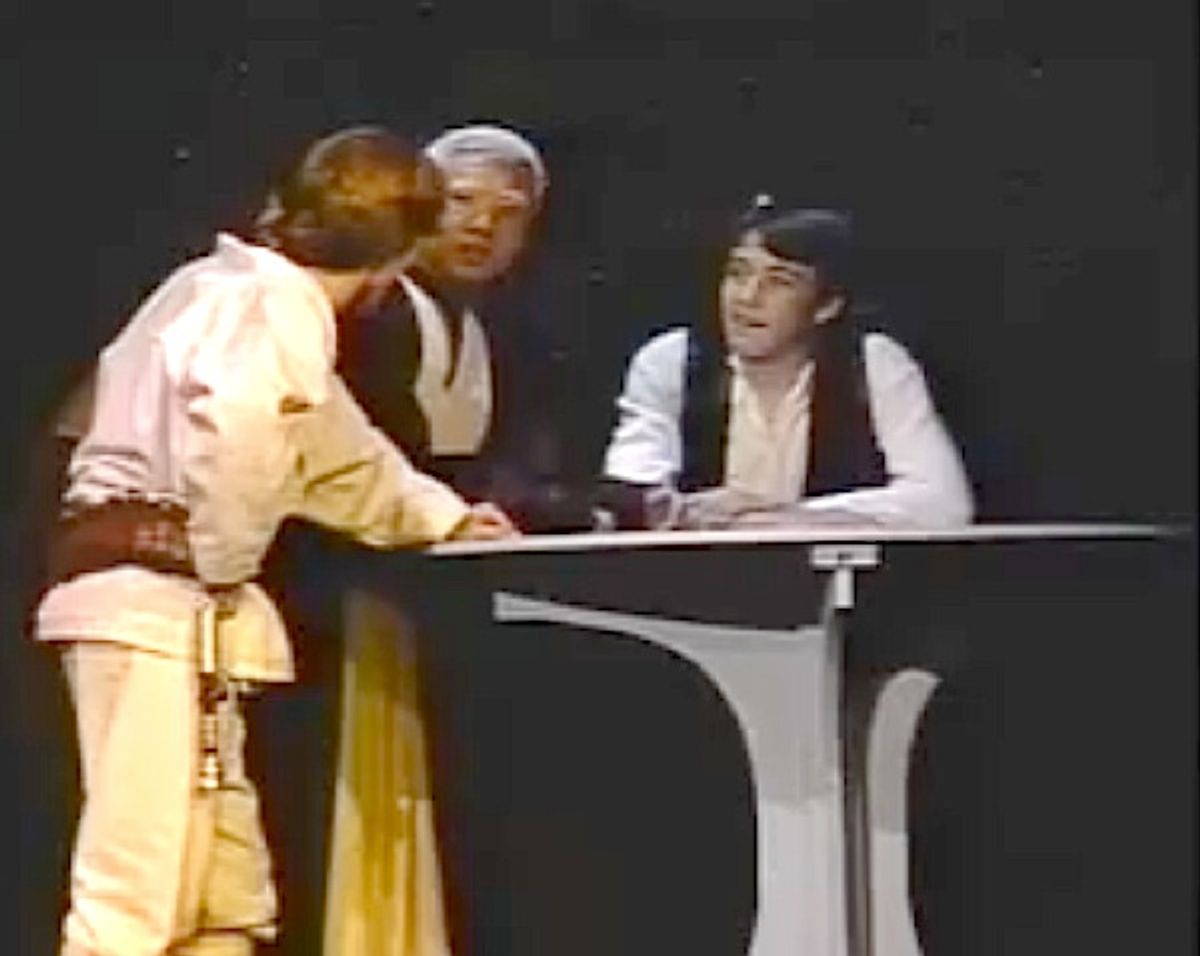 Forget "Glee": In 1996, three high school students from California decided that they were going to do some really epic musical theater. Funded entirely out of their own pockets and with no adult supervision, 17-year-olds Garrin Hajeian, Michael Heilman, and Kevin Bayuk put on a 40-person rock opera of "Star Wars: A New Hope." Adjusting the lyrics from the tunes from "Les Miserables," "Grease," and "Godspell," the three-night production of "Star Wars the Musical" sold out every performance and ended up with a "New York Times" review and a cease-and-desist letter from George Lucas.

According to Kelvin Yu, who played Obi-Wan in the production:

We had a capacity of 300 at our performing arts center, the first night 1200 people showed up and there was a line around the block. Keep in mind; this is long before "Star Wars" was cool again.

The show's history has been chronicled in the documentary, "Star Woids," only two clips from the musical have ever hit the Internet: a scene called "Millennium Falcon" that takes place in the Mos Eisley Cantina, and an amazing rendition of the "Les Mis" song "One Day More" repurposed as "Use the Force."

According to Garrin, "Star Wars the Musical" will be available in its entirety for the first time in 15 years "very soon." We can't wait…the combination of both "Les Mis" and "Star Wars" is almost too much from geek brain to handle. And judging from the number of hits the videos are getting on YouTube, I'm not the only one who has a secret desire to see Han Solo sing as Jean Valjean.