Pick of the week: Moronic trash? Subversive masterpiece? Zack Snyder's lingerie action flick is all that and more 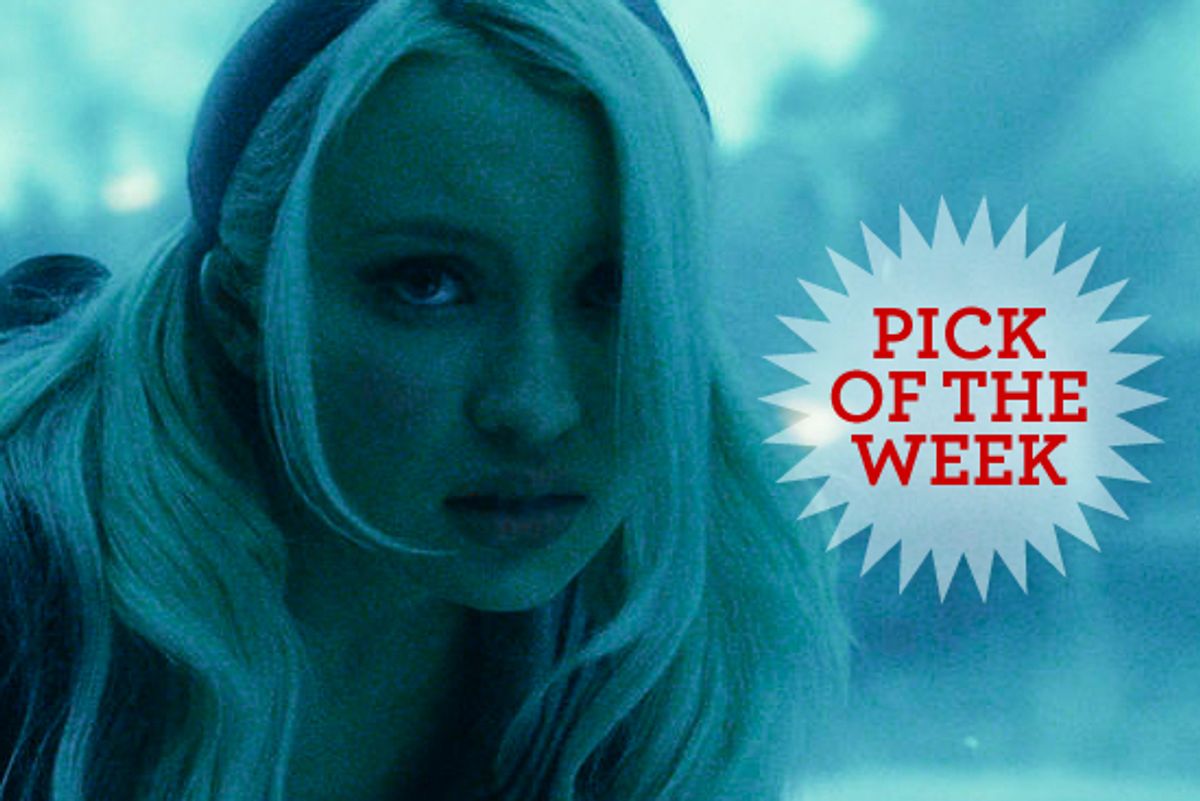 Zack Snyder's "Sucker Punch" is like the Nietzschean Superman of CGI action movies. It's so far beyond good and evil as to make its morality irrelevant, and to undermine any verdicts you might render about its meaning or quality. A ridiculously ambitious and perhaps fatally flawed mashup of ideas, themes and influences, it's more like a Quentin Tarantino movie -- or more like the platonic ideal of a Tarantino movie -- than any movie Tarantino has ever personally made. I can't be sure whether it's brilliant or idiotic, although I'm pretty confident it's both, and not always in different places or at different moments.

This movie is going to be vehemently attacked as brain-damaged garbage that exemplifies everything that's wrong with today's filmmaking and today's audiences. It's also going to be vigorously defended as a subversive action-movie masterpiece that offers a big middle finger to Hollywood convention, audience expectations, and anybody and everybody who would rather watch "The King's Speech." People on both sides will be partly right and partly wrong. Here's where I come down: "Sucker Punch" doesn't all work by a long shot, but it confirms my sense that Snyder belongs near the top of a very short list of directors who are trying to reinvent a personal, auteurist vision of cinema at the most commercial, mass-market, attention-disordered end of the spectrum.

First and most obviously, "Sucker Punch" is on one level exactly what it looks like: an unzipped geek-boy fantasy about a posse of scantily clad hookers engaged in video-game style throwdowns with a villainous array of robots, monsters and dragons. You could say that Snyder tries to walk a fine line between softcore exploitation and girl-power feminism, but it's more like he takes a big fat grade-school eraser and smudges that line into meaninglessness. Anyway, there can be no doubt that he really, really digs directing fight sequences, and as in "Watchmen" and "300," he commands a team that delivers the best effects in the business.

At their worst, these interludes offer adrenalized action cinema that's well above average, and at their best -- like an imaginary version of World War I trench warfare, featuring zombie German soldiers reanimated with clockwork and steam power, enormous dirigible warships and a Pokémon-style Japanese battlebot -- they verge on demented visionary genius. But if the ass-kicking lingerie chicks are the overly sweet chocolate in the center, the pastry around them is something else again: a self-referential movie-movie whose axis of reality keeps shifting, after the manner of "Inception" and "Shutter Island" and "The Matrix" (and almost every David Lynch movie, and a whole bunch of influences more obscure than that). And buried inside that pastry, deep within the candy-chewy, garters-and-machine-guns center, is a nugget of dark and deadly poison.

You may have noticed that I haven't mentioned the movie's actors or characters yet, which is because Snyder's screenplay (co-written with Steve Shibuya) treats them as archetypal and almost interchangeable game-board pieces. (Unlike almost every movie made in Hollywood these days, "Sucker Punch" is not based on some preexisting "media property." Of course, another way of putting it might be that it's based on all of them.) His heroine is a young woman known only as Baby Doll (played by Emily Browning), who looks like a pigtailed stereotype out of jailbait pornography and barely speaks in the movie's first half hour. We meet her in a super-stylized music-video flashback, set to a cover version of the Eurythmics' "Sweet Dreams (Are Made of This)," that explains her predicament: Her evil stepfather has framed her for the murder of her little sister, and she's been confined to a decaying mental hospital that looks like a mixture of Sam Fuller's "Shock Corridor," some smutty women's-prison movie and an Edward Gorey cartoon. Everything about the place is weird and improbable, from the severe but stylish head shrink (Carla Gugino) to the suspiciously hot fellow inmates, whom we'll get to know later under their porny non-names: Sweet Pea (Abbie Cornish) and her sister Rocket (Jena Malone), along with the raven-tressed Blondie (Vanessa Hudgens) and Amber (Jamie Chung).

Except then the movie's universe, or Baby Doll's damaged psychology, skips a gear or two, and suddenly she and her peers are captives of another kind, high-priced dancers and courtesans in a decadent Gilded Age nightclub presided over by a sleazeball impresario named Blue (Oscar Isaac, a corrupt hospital orderly in reality No. 1). Gugino's half-sympathetic doctor becomes the slinky, middle-aged Eastern European den mother, torn between sisterly loyalty and slavish obedience to Blue. Baby Doll is seen as a highly valuable new commodity, and in a few days she will be delivered to a mysterious customer known as the High Roller. (Without giving anything away about him: Cough-cough-Don Draper-cough.) Snyder is clearly a compulsive cinephile, and if you share that tendency you may spot similarities to all kinds of movies about showbiz and/or prostitution, from "Lola Montès" to "Moulin Rouge!" Unless I'm way off base, he's also a fan of French director Lucile Hadzihalilovic's "Innocence," a creepy girls'-school allegory with some strikingly similar ingredients that was among the ignored delights of the last decade.

At any rate, in whorehouse reality Baby Doll discovers that her dancing has the power to hypnotize men, quite literally, and to transport her -- and Sweet Pea, Rocket, Blondie and Amber, as necessary -- into a video-game jukebox universe presided over by Scott Glenn, who does such a convincing impersonation of "Kung Fu"-meets-"Kill Bill" David Carradine that at first I wondered what digital tricks had been used to resuscitate him. It's Glenn who delivers mock-military pep talks to the miniskirted fab five before every one of their fantasy missions: Disarm a bomb on a moving train, murder the baby dragon (aww!) and flee its mother, kill the robots and steal the secret German map, etc., accompanied by such bromides as "Never write a check with your mouth you can't cash with your ass."

I suppose it's clear enough that the loony-bin level of "Sucker Punch" is meant to be reality, and every subsequent shift in context -- up to and including the faux-medieval dragon-slaying and steampunk World War I cyborgs -- is a metaphorical attempt to escape from that reality. That is, it's accurate but inadequate; that's both taking the movie too literally and missing its point. There's no big puzzle to work out here, à la Christopher Nolan, and the more you pick at Snyder's nested narratives, the more miscellaneous and nonsensical they become. (Mind you, many of Nolan's fans also approach his movies in a wrongheaded spirit of biblical exegesis. But let's punt the whole question of the uses of narrative instability in "Inception" and "Sucker Punch" to next year's crop of grad students.)

It might be better to say that all levels of the story in "Sucker Punch" are self-evidently ludicrous, and that the point of the movie is the vertiginous thrill ride that takes us through them, pumped along by a dance-floor soundtrack produced by Marius De Vries and Tyler Bates (Björk, Queen and Mozart are all involved, along with covers of "White Rabbit," "Tomorrow Never Knows" and "Love Is the Drug"). If you want to understand Snyder's central narrative gambit, it's right there in the title. He gives us what we want (or what we think we want, or what he thinks we think we want): Absurdly fetishized women in teeny little skirts, gloriously repetitious fight sequences loaded with plot coupons, pseudo-feminist fantasies of escape and revenge. Then he yanks it all back and stabs us through the eyeball.