We're on the fence about another "Face/Off," Lindsay dropping her last name, 3-D Musketeers, and so much more! 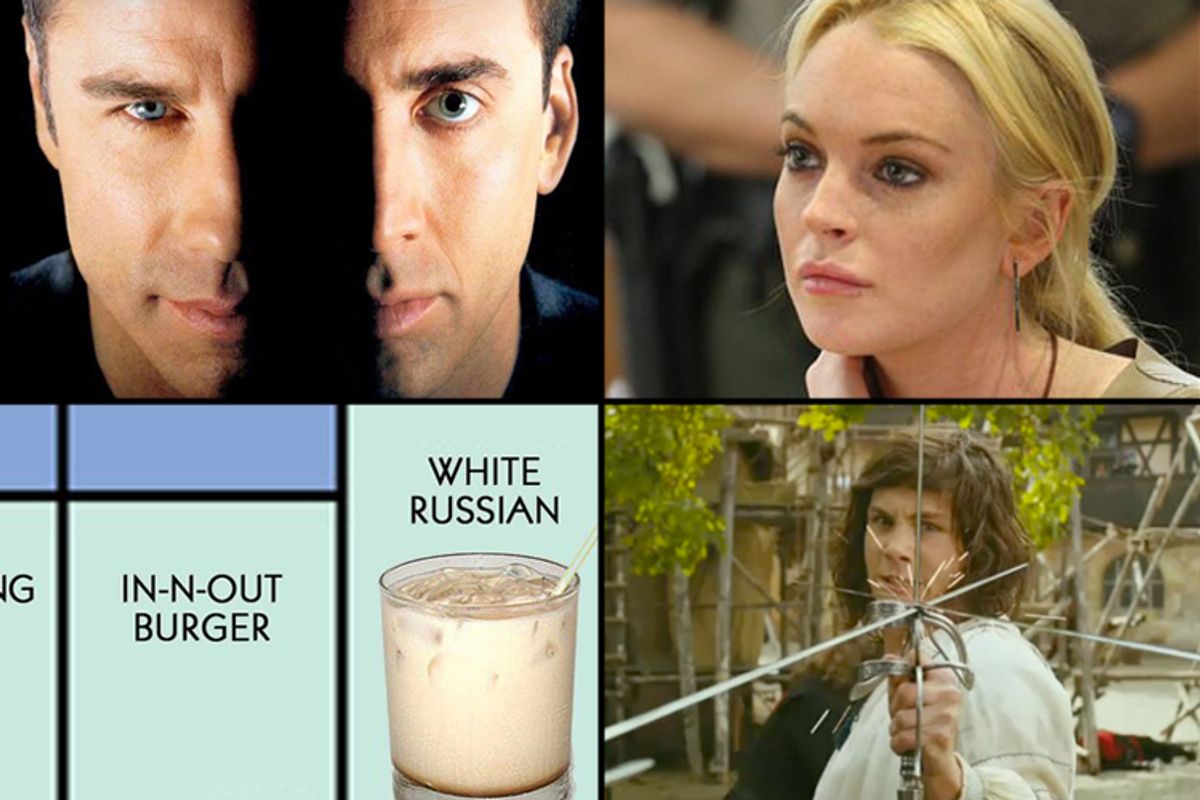 Wednesday in New York, it managed to snow, hail and be passingly warm out, all at the same time. Now imagine that these little tidbits of cultural news from this week were like the weather in New York. Now you see what we're getting at, right?

1. Lindsay Lohan dropping her last name: Problem is, we'll still know those are her parents.

2. Michael Scott proposes to Holly on "The Office": Good episode, but it really took this much hype to get people talking about "The Office" again? Not a great sign for when Carell leaves.

3. "The Big Lebowski" Monopoly game: Awesome when we thought it was a real thing. Turns out to be a Photoshop from Reddit. Which is still cool, but someone out there needs to market this!

4. "The Three Musketeers" in 3-D: Oh come on, that title was just begging to be called "The 3-D Musketeers!" Also, this is one of those times where putting it in three dimensions won't make kids think it's any less boring. Lets hope "Resident Evil" director Paul W.S. Anderson can pull it off!

5. Nicolas Cage and John Travolta might "face off" again in not one, but two possible indie flicks: This time, though, let's give less screen time to Travolta, because I just watched "Face/Off" again and after they do the, uh, surgery, the movie is kind of boring. Nicolas Cage needs to be let out of his crazy cage!

7. The "Lesbians Who Look Like Conan O'Brian" Tumblr: This is where we go after we run out of ladies who look like Justin Bieber?

8. "Boardwalk Empire's" Michael Shannon may play the villain in new "Superman" film: Man, just for once I'd like to see someone give Michael a role in a romantic comedy. Still, he'd be great.

9. Joseph Gordon Levitt to play mob son in "Dark Knight Rises": OK, this errs too much on the side of rom-com casting. How could Joey ever be evil??

10. We now know Oprah's last show is in exactly two months: It's kind of like knowing when you're going to die, isn't it?