Is "Two and a Half Men" playing up Charlie Sheen's alcoholism in their promos?

Though the show is now in syndication, newly cut commercials highlight the controversy around fired star 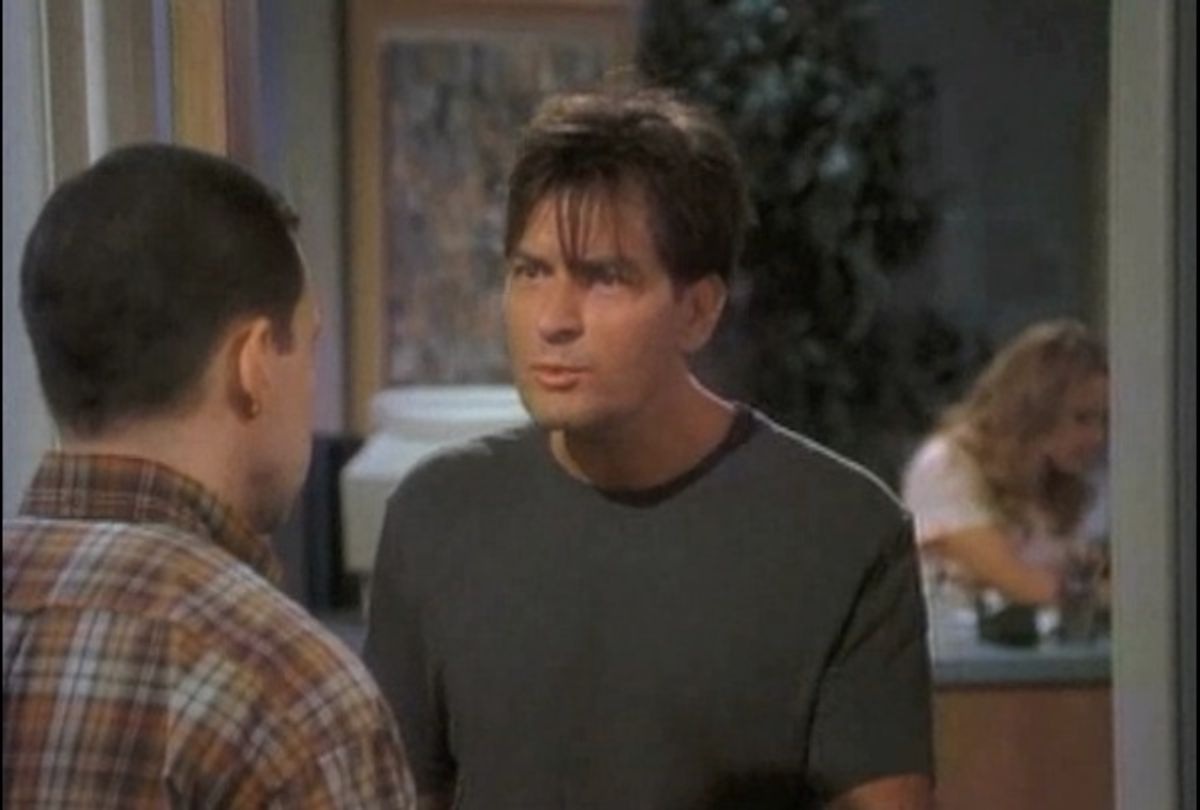 Despite having its eighth season cut short by the meltdown of one its stars, CBS' "Two and a Half Men" is going to soldier on in syndication. Last night, several promos for the show featured Charlie Sheen's character Charlie Harper in 10-second spots talking exclusively about alcohol. These weren't commercials for newer episodes either, but were cobbled together from earlier seasons in a not-so-subtle attempt to play up the scandal of Sheen's drug and alcohol problem. One such spot was just a clip of Sheen saying "Let me put it this way: alcohol is for people who can afford to lose a few brain cells," a quote that could easily be confused with one of Charlie real-life rants of late.

It's a clever move: these promos serve to remind people that Charlie the character (and by extension, Sheen himself) is a problematic drinker, and right now that's what the network is out to prove. If Charlie's behavior indeed forced the show to shut down, then the actor's contract with Warner Brothers for future compensation should the show resume without him (along with that $100 million lawsuit Sheen threw at the producers) would be null and void. But on a second, more exploitative level, these promos serve to draw in new viewers to old "Two and a Half Men" episodes who are only interested in the program as it relates to Sheen's recent media blitz. Seeing these commercials, one might decide to watch the show for the same reason they watched Sheen's appearance on "20/20" or "Piers Morgan": for the spectacle of a celebrity train wreck.

These promos seem to have been recently cut, as they aren't to be found anywhere online. If these had been old ads for the show – meaning these were the episodes' commercials before Charlie's problems with Warner Bros. – wouldn't they have been put up years ago? Has anyone else noticed these new ad spots for "Two and a Half Men" on TV?