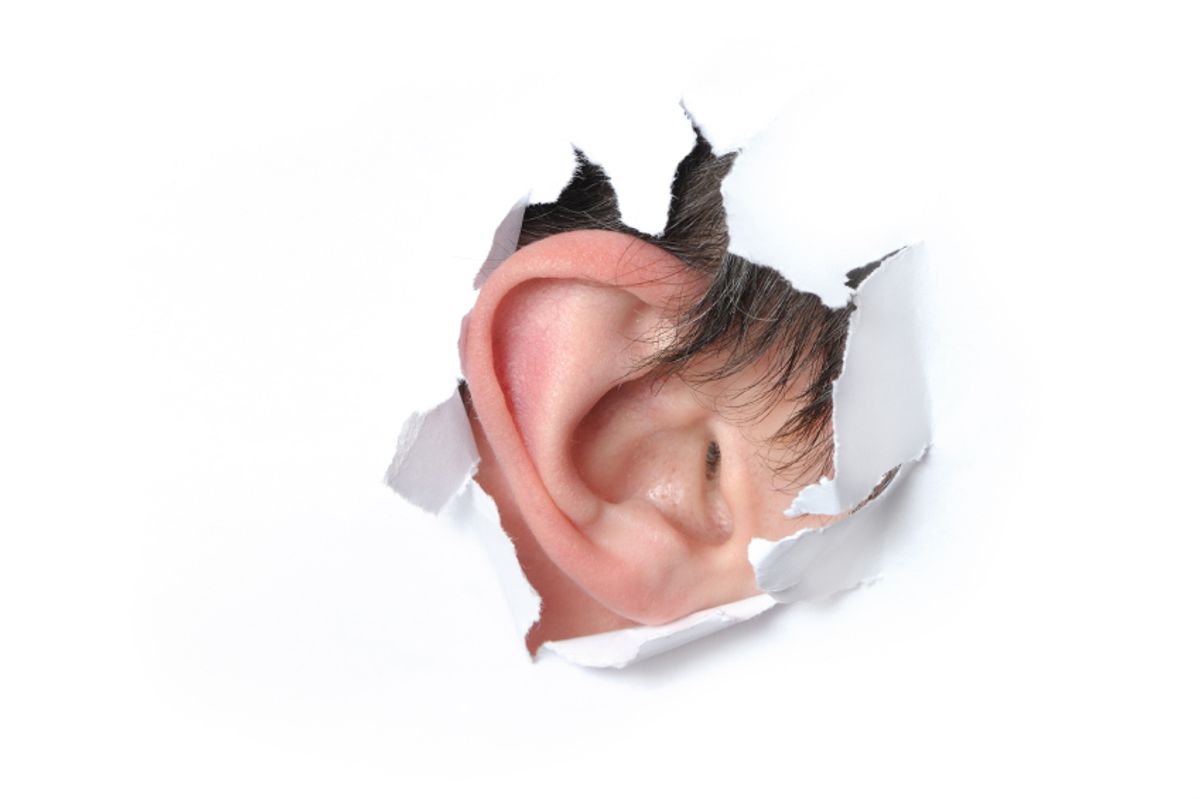 Ear in the hole of a paper (Igor Kovalchuk)
--

Some day soon, when pro-democracy campaigners have their cellphones confiscated by police, they'll be able to hit the "panic button" -- a special app that will both wipe out the phone's address book and emit emergency alerts to other activists. The panic button is one of the new technologies the U.S. State Department is promoting to equip pro-democracy activists in countries ranging from the Middle East to China with the tools to fight back against repressive governments. . . .

The U.S. technology initiative is part of Secretary of State Hillary Clinton's push to expand Internet freedoms, pointing out the crucial role that on-line resources such as Twitter and Facebook have had in fueling pro-democracy movements in Iran, Egypt, Tunisia and elsewhere. "The world is full of ... governments and other authorities who are capable of breaking into that system," [Assistant U.S. Secretary of State Michael] Posner said. "A lot of activists don't know what their options are. They don't have access to technology." 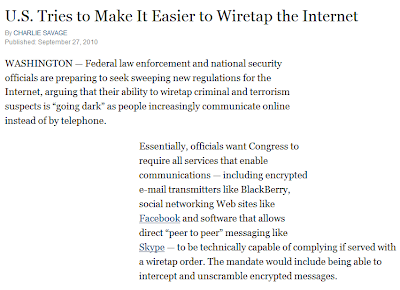 Google and an alliance of privacy groups have come to Yahoo's aid by helping the Web portal fend off a broad request from the U.S. Department of Justice for e-mail messages, CNET has learned. . .

For its part, the Justice Department has taken a legalistic approach: a 17-page brief it filed last month acknowledges that federal law requires search warrants for messages in "electronic storage" that are less than 181 days old. But, Assistant U.S. Attorney Pegeen Rhyne writes in a government brief, the Yahoo Mail messages don't meet that definition. "Previously opened e-mail is not in 'electronic storage,'" Rhyne wrote in a motion filed last month.

Every day,collection systems at the National Security Agency intercept and store 1.7 billion e-mails, phone calls and other types of communications.

Thankfully, the U.S. is working hard to protect people around the world from "repressive governments" which are "capable of breaking into" the Internet and -- even worse -- use that power to invade people's accounts and learn with whom they're speaking and associating! And there's a special prize for the first person who goes into the comment section to say that this is as a false equivalency because the U.S. doesn't open fire on their own citizens (along those lines: if I were granted one wish from the Logic Genie, it would be the spread of the realization that to compare aspects of A and B is not to posit that A = B; blood and fire engines are both red, yet are not identical).