Big new Birther book coming out in time for 2012

Jerome Corsi, the right-wing author behind the swift-boating of John Kerry, has penned a new book targeting Obama 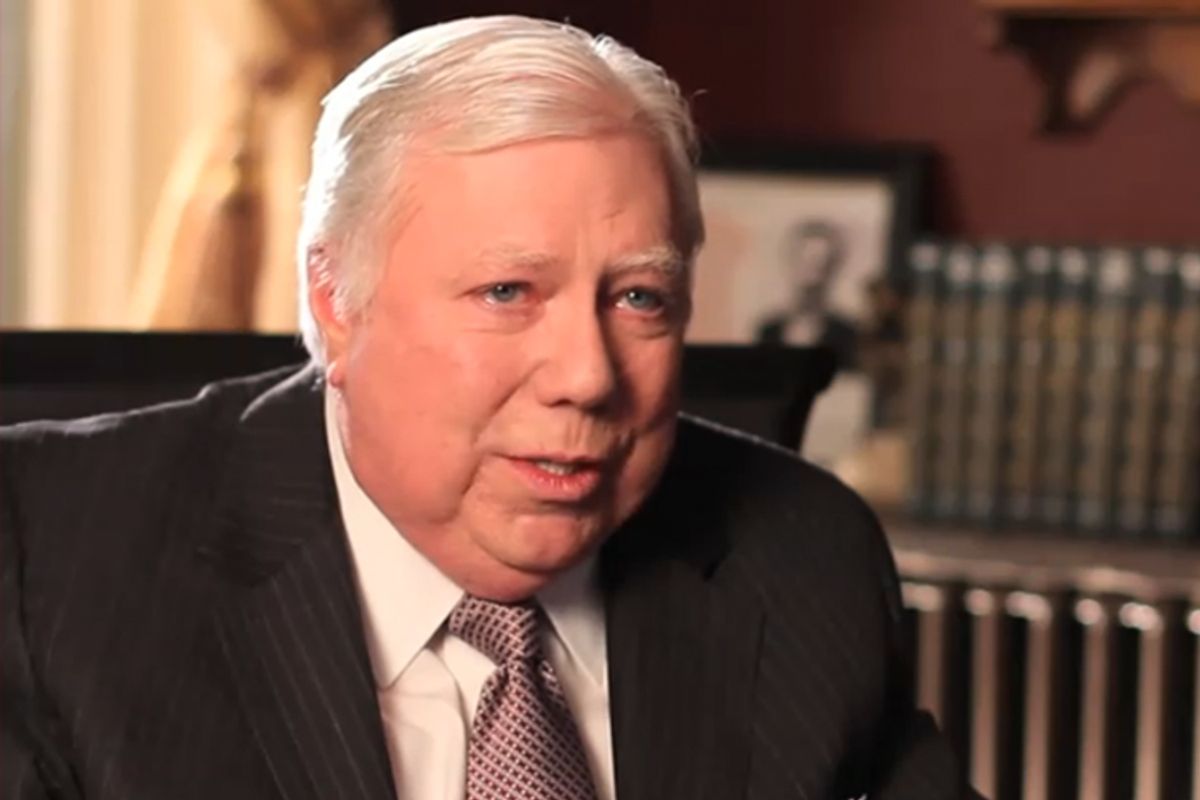 Via the Atlantic via Taylor Marsh comes the news that right-wing mega-author Jerome Corsi has written a new book titled, "Where's the Birth Certificate? The Case that Barack Obama is Not Eligible to Be President."

The book is scheduled to come out in May, which, not coincidentally, is when the first GOP primary debates get underway. Corsi, like certain potential candidates, is trying to harness the intense interest in presidential politics among the Republican base that will be on the rise by the summer.

And it will probably work: Corsi's previous books, including "Unfit for Command: Swift Boat Veterans Speak Out Against John Kerry" and 2008's "Obama Nation" were bestsellers, with the latter reaching No. 1 on the Times' bestseller list. Marketing materials for Corsi's book will be endlessly blasted out on huge email lists run by WorldNetDaily, Human Events, and the like.

It's no surprise that Corsi is a conspiracy theorist; he has been a key purveyor of the "NAFTA superhighway" myth and he is a Truther.

On a special page set up by WND, Corsi fans can not only pre-order the book, but also donate up to $5,000 to fund WND's "2-year-old, highly successful national billboard campaign asking the simple question, 'Where's the birth certificate?'"

His new Birther book even has a trailer.

"As long as there are secrets, as long as they're covered up, the American people will not have the truth," Corsi says in the video. Watch: