What would Sylvia think of Scott Adams?

What to make of Dilbert creator's comments about women and their, um, limitations? 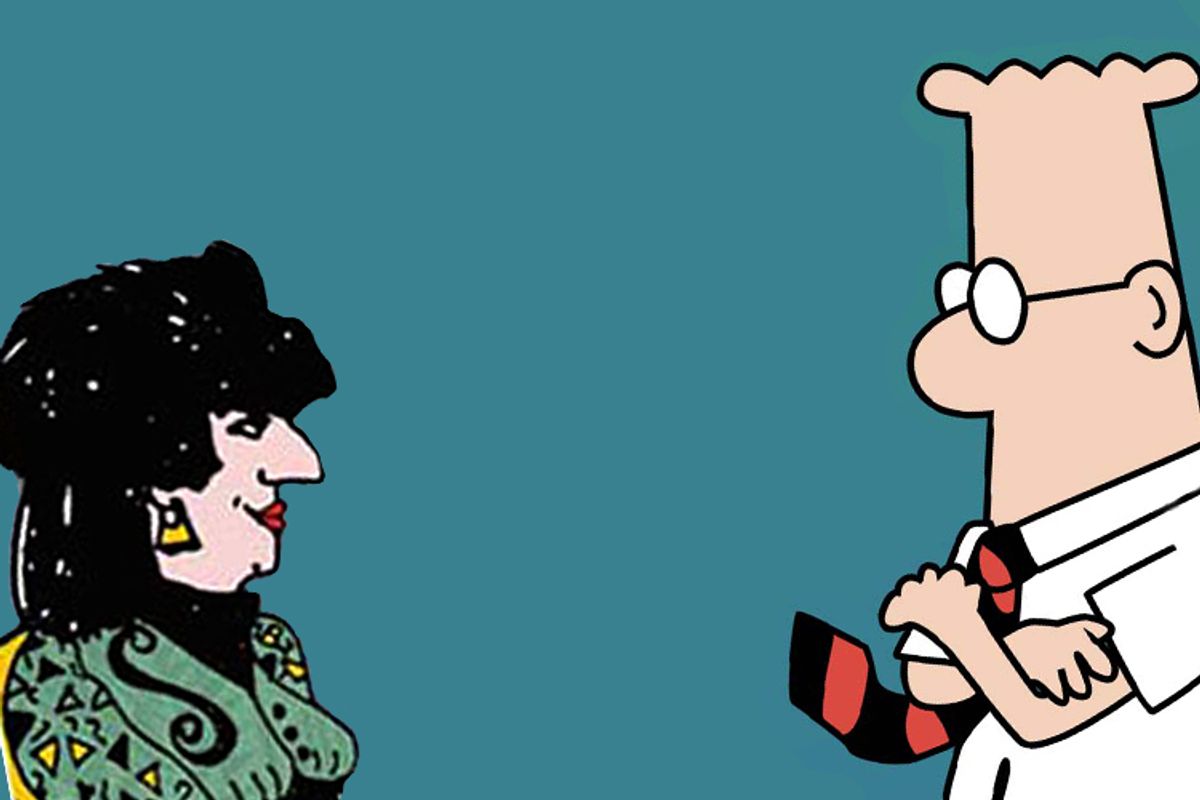 A heartfelt letter from one cartoonist to another:

Oh, Scott, how I envy your upper-body strength, which allows you to open a pickle jar lid with ease instead of using my method of banging it against the kitchen counter and then eating around the broken glass. Scott, when you get pregnant, I'm sure you won't let family obligations interfere with your drive to succeed the way women do. And don't worry about breast milk unless you're some kind of a fanatic who insists on breast milk; formula will be fine.

But I'm curious, Scott, about those really important issues you're saving yourself for, the ones you might neglect if you were to spend time answering any fool thing women come up with. Is our whining about earning less than men for the same job preventing you from trying to curtail the right-wing juggernaut from taking this country back to some fantasy perfect 1950s time? Because if you're working on that, I'm completely fine with earning only 80 cents for every dollar you do, I'll let you order first at any restaurant and I'll even open the door for you. But I can't promise not to lose my grip and slam it on your fingers.