We look back at the "South Park" guys' subversive series, which went places even "The Daily Show" wouldn't dare now 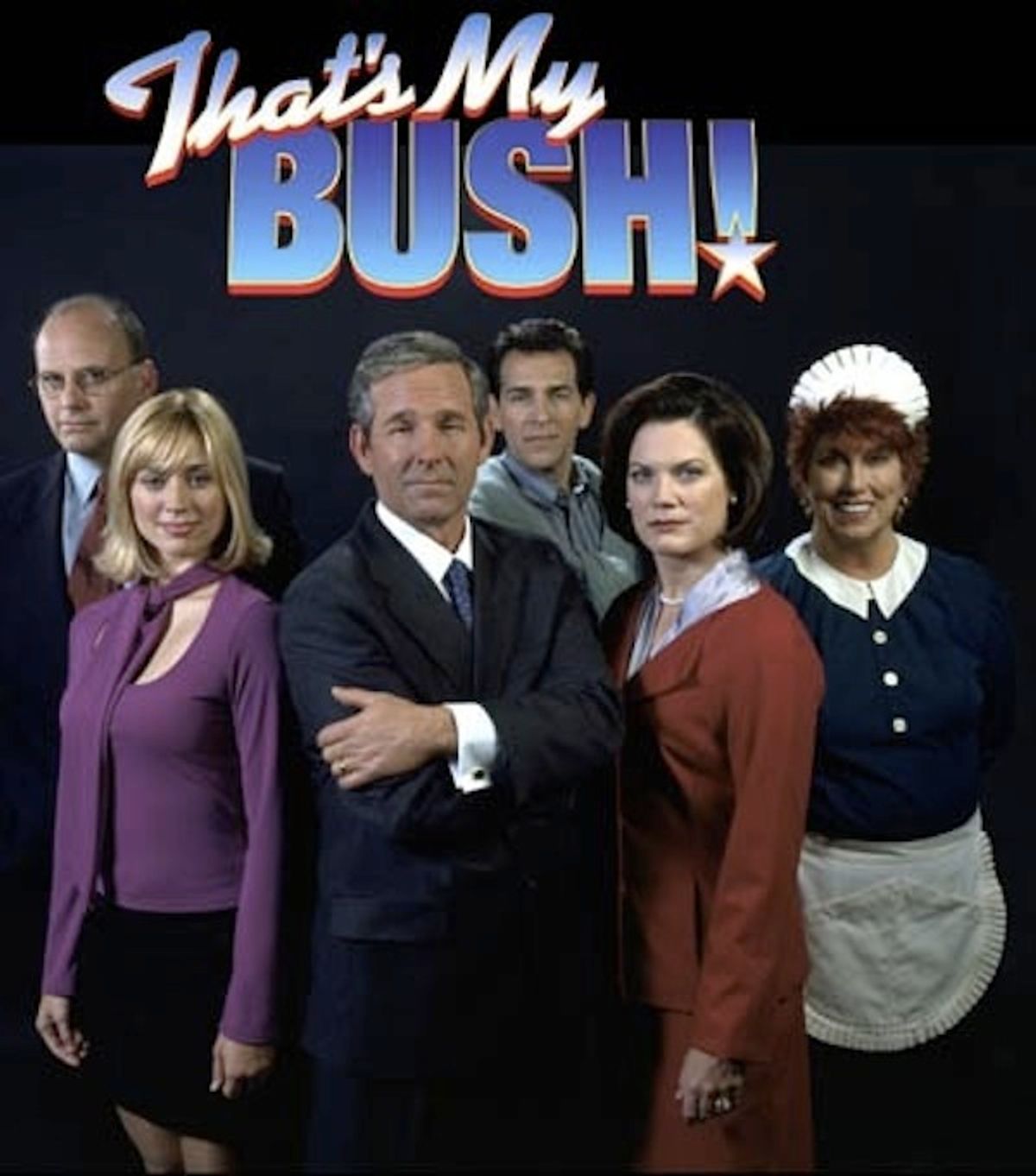 Making fun of George W. before anyone else.
--

Say what you will about Trey Parker and Matt Stone, but those guys have had our number for a long time. Way before they were doing feel-good musicals on Broadway about Mormons in AIDS-stricken Uganda, when "South Park" was still mostly known for its Mr. Hanky scatological humor, the satiric duo had taken on a project for Comedy Central that would be unthinkable today: a half-hour sitcom about the president, whose famous catchphrase was "One of these days, Laura, I'm going to punch you in the face!"

Oh yes, welcome to the month that was "That's My Bush."


Now, when Matt and Trey were pitching the concept of this show, they had no political agenda in mind. In fact, they had said during the 2000 election that they planned on making a sitcom about the president regardless of who won. (So we could have had a show called "Everybody Loves Al!" which is somehow equally funny when you think about it.) Despite episodes revolving around major issues like the death penalty, the war on drugs, and gun control, "Bush!" was more enamored with itself as a meta-sitcom than it was as any social commentary. For the month that it ran (April-May, 2001), "Bush" let us into the home of George and Laura (played by Timothy Bottoms and Carrie Quinn Dolin), who lived with their "Brady Brunch"-era maid Maggie (Marcia Wallace of "The Simpsons"), a secretary named Princess (Kristen Miller), and Carl Rove (Kurt Fuller, from everything ever). They also had a friendly next door neighbor Larry, who resembled no one as much as Ted McGinley from "Married With Children."

And in tone, "That's My Bush" was as subversive about the modern sitcom as its predecessor "Children." Except with Trey and Matt, it wasn't enough to have an Al Bundy-like figure lording over the household with his hand down his pants: They were tackling the head of the United States. Every joke revolved around George's stupidity, Laura's frigidness, and Rove ... well, being Rove. I distinctly remember the episode where Bush accidentally takes Ecstasy and looking at my parents, who wore identical "What the hell?" faces. (In 2001, I thought Ecstasy was something only myself and a very specific group of ravers in Baltimore knew anything about.) Satirizing a sitting president was nothing new, of course. "Saturday Night Live" had been doing it for decades. And in early 2001, "The Daily Show" was hitting its stride with biting political commentary. But "That's My Bush" took it to an entirely new level.

It's hard to imagine anyone today green-lighting a show like this about Obama. But hell: It's hard to imagine "That's My Bush" existing six months after it launched. Though it was canceled for financial reasons after only a month, even Trey and Matt doubted their sitcom could have survived past Sept. 11, as they mention in the director's commentary for the series.

As a pop culture artifact, "That's My Bush" is a quaint relic of a time when an entire show based on the pratfalls of our president could exist. Like one of those mosquitoes encased in amber from "Jurassic Park," Trey Parker and Matt Stone's comedy about the hilarious antics of our dumb prez (who, once again, told his wife consistently that he was going to punch her in the face) remains unmarred by history: something we can only now pick up and examine without associating it with the horrific events it directly preceded.