After the TV chef refuses a child's request, outrage turns nasty -- and the boy's relatives become the real losers 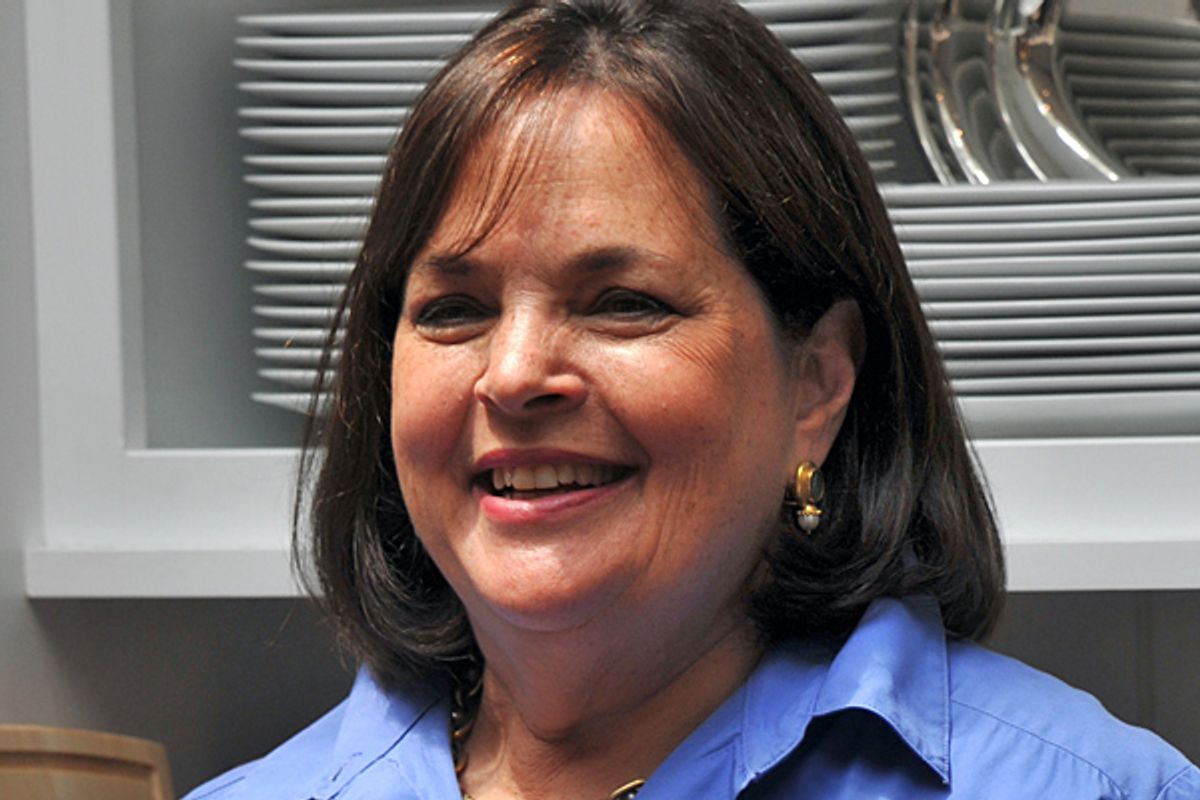 Mix one celebrity chef, one sick child, one frustrated Make-a-Wish request, and one well-detonated TMZ item and you've got yourself a public relations nightmare with a side of perfectly whipped up public indignation. How easy is that?

A week ago, Ina Garten, better known to Food Network addicts as the Barefoot Contessa, could have easily worn the title of least offensive TV chef since Julia Child. She's not a tantrum-throwing Gordon Ramsay or a cake-defiling Sandra Lee. Her show is a pleasantly relaxed alternative to the frenzy of Rachael Ray and the blood sport of "Iron Chef," a celebration of pretty salads and zested lemons and Hamptons idyll. Who'd have guessed she'd turn out to be such a simmering cauldron of controversy? But then TMZ got its hands on a blog post from a disappointed family regarding a nixed Make-a-Wish request.

Six-year-old Enzo Pereda has acute lymphoblastic leukemia. According his family, the boy's great wish for the last three years has been to meet Garten -- whose show he watched faithfully while sick in bed -- and cook a meal with her. Last year, they say, her publicists gave a "soft no" to his request, explaining she was on a hectic tour schedule. Then, earlier this month, the family received a firm refusal, prompting the boy to ask, bewildered, "Why doesn’t she want to meet me?" "I actually feel badly for her because Enzo has NOTHING but pure love and intensions [sic]," they wrote, "and she will never get to have that experience with him and she is missing out on something so authentic and beautiful." Then TMZ picked up the story, and the brûlée hit the fan. A rep for Garten stoked the controversy by dismissively confirming Friday that, "Unfortunately, as much as she would like to, it's absolutely impossible for her to grant every request she receives."

It didn't take long for the story to snowball -- a tale of a wicked public figure too wrapped up in herself to spend a few moments with a sick child. PopEater suggested Garten was "cooking up some seriously bad karma" and Gawker sensationally broke it down: "Terminally ill pediatric cancer patient, heartbroken and bereft, wants one tiny favor to give his tragically short life the tiniest piece of joy in its final hour." TheStir, meanwhile, launched a letter-writing campaign  to plead for her to reconsider denying the "dying wish of little boy."

By Monday, Garten and her handlers were doing hasty damage control, releasing a statement that Garten had been utterly unaware of the request and was personally reaching out to Enzo to invite him to her studios. Garten's reps added that she receives "about 100 requests per month," and noted that she is involved in charity work for a variety of causes, "including battered women, cancer patients, AIDS awareness and animal rights." Indeed, earlier this year, Garten devoted an entire episode to the meal she made for the winners of a charity auction.  But what does that matter to the Internet commenters still frothing over the "heartless contessa," the ones who insist her gesture is "too late!"

While it's obvious that Garten needs to hire handlers who are a little more adept at vetting her offers, the firestorm remains a cautionary tale of how public shaming can spin out of control. Garten, a famously private person for a public figure, may truly have not known of the request, or simply had a blanket directive to her staff to turn down all offers not from her existing charitable contacts. Or for reasons we can't imagine, she may really have initially decided against the request -- despite the fact that Make-a-Wish itself refers to her as a "good friend" of the organization. Whatever the real story, she's meeting with the boy now, and those initial refusals can't be undone. All anyone can ever do in the face of a mistake is try to make up for it, which Garten has.

And while a little bit of kindness and time doesn't seem like much to ask of anybody, there's something profoundly overblown about the outrage over its rejection, especially when it may well have been unintentional. Enzo's family themselves have posted a follow-up request to "Stop the madness," noting graciously that " I know this REALLY hit a strong cord with people, the outrage over this has been REALLY OVERWHELMING ... As much as I know it has REALLY angered people, she has that right. Furthermore it is not our wish to hurt Ina Garten in anyway."

More significantly, they've rightfully taken issue with the morbid depiction of Enzo as a dying child with one last wish. Make-a-Wish works with children with life-threatening illnesses, but thankfully, many of its wish recipients go on to lead healthy lives. And Enzo's blog clearly describes him as in remission. "Enzo is NOT dying or terminal, he IS very sick but he is VERY MUCH alive and the most ALIVE person I have EVER known!" his mother and family write. "He has two beautiful, sensitive, loving sisters who have been very private through out his treatments and I feel terrible that they had to see that OVER and OVER again. Can you imagine how that makes them feel?" Imagine what it would feel like for any hopeful, loving family. For any child. For your own.

How ironic that in the name of sensitivity, a public figure has been chastised and castigated as a "heartless bitch," and a very young boy whose family just wanted to vent some disappointment has been publicly doomed as "terminal." Were I Enzo's mother, I'd be far, far more angry and hurt over the media death sentence for my child than any perceived snub from the Barefoot Contessa. But, hey, what do facts matter when there's an opportunity for a good old-fashioned character thrashing? Who cares, even, if it's at the expense of the alleged victim? Haven't been angry enough yet today, Internet? Take it out on Ina, let the facts and Enzo's family's feelings be damned.

Enzo's family writes, "I am putting this out there again in the spirit of what is truly Enzo and asking people to PLEASE let go of your anger and please send only healing, loving, positive vibes into the universe." It's a wonderful and far too rare sentiment. Because while Garten can make a sabayon that could melt your socks off, she's learning now that the public has a bottomless appetite for vilification.