Fox exec: That whole "Obama is a socialist" thing was a wacky joke 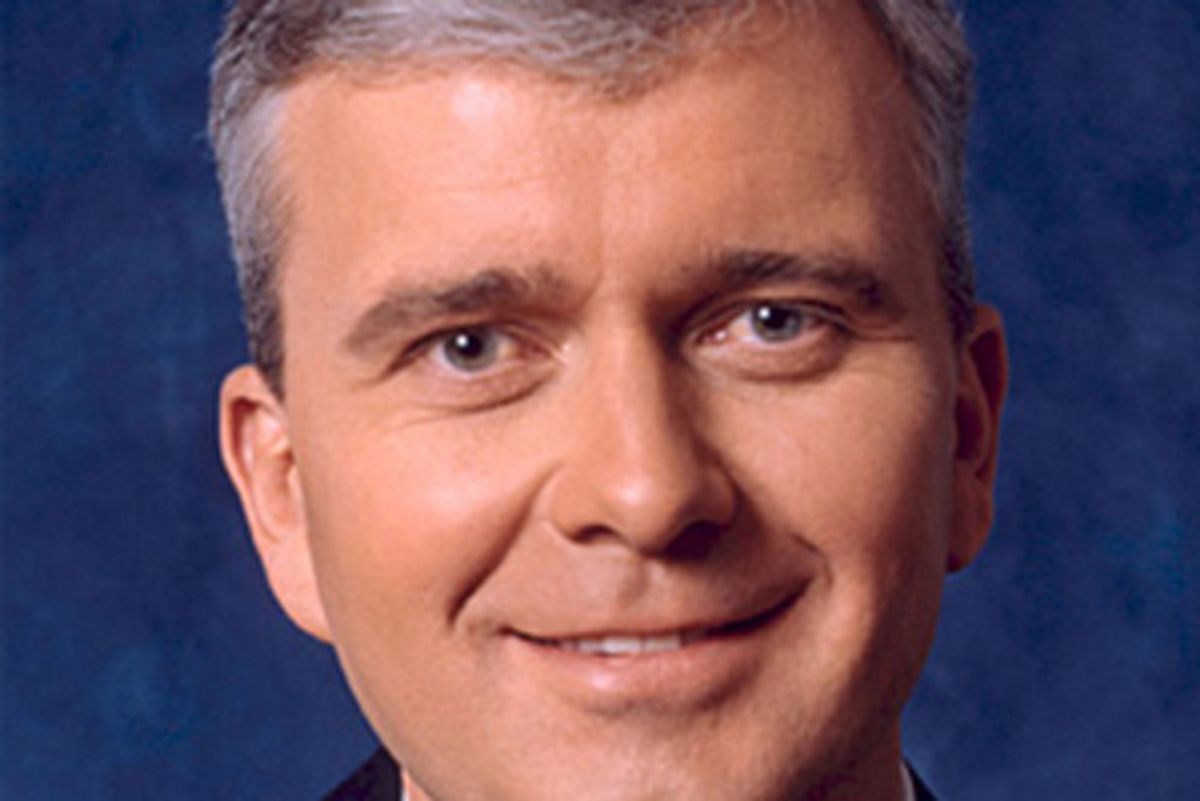 If you're the vice president and Washington managing editor of a supposed news network, and not simply another pundit or commentator, you probably shouldn't brag, in public, about how you purposefully said things you didn't believe to be true, on air. But Bill Sammon, of Fox News, did not get that particular memo, because he was too busy sending out his own memos about how the properly slant the news. This recording, procured by MediaMatters, of a 2009 speech on a cruise ship is pretty open-and-shut:

You know, speaking of mischief, last year, candidate Barack Obama stood on a sidewalk in Toledo, Ohio, and first let it slip to Joe the Plumber that he wanted to quote, "spread the wealth around." At that time, I have to admit, that I went on TV on Fox News and publicly engaged in what I guess was some rather mischievous speculation about whether Barack Obama really advocated socialism, a premise that privately I found rather far-fetched.

And Sammon repeatedly said Obama's remarks were "tantamount to socialism," on-air and in a FoxNews.com column, while also sending around a memo noting "Obama's references to socialism, liberalism, Marxism and Marxists"in "Dreams From My Father."

Sammon's speech went on to say that his far-fetched mischievous joking turned more serious once Obama began seizing control of the healthcare and so on, but because Sammon is speaking to an audience of his elite peers and not the idiot rubes who watch his network, he just calls Obama a "big government liberal" and not an actual, literal Marxist.

The Daily Beast/Newsweek's Howard Kurtz interviews Sammon about the speech, and Sammon just sort of deflects.

In an interview, Sammon says his reference to “mischevious speculation” was “my probably inartful way of saying, ‘Can you believe how far this thing has come?’” The socialism question indeed “struck me as a far-fetched idea” in 2008. “I considered it kind of a remarkable notion that we would even be having the conversation.” He doesn’t regret repeatedly raising it on the air because, Sammon says, “it was a main point of discussion on all the channels, in all the media”—and by 2009 he was “astonished by how the needle had moved.”

Ok, but, what he said was, he thought it would be funny to repeatedly call Barack Obama a socialist, despite the fact that he believed that to not be the case, and then he was surprised when that caught on, and everyone began believing that Barack Obama is a socialist. "Inartful" is one way of putting that. "Dense" would be another way, if we take him at his word that he didn't think his silly jokes would be taken seriously.

The National Review's Greg Pollowitz attempts to wave this all away with something about an old SNL sketch.

In summary, they’re saying Sammon has admitted to lying to viewers that he thought candidate Obama was a socialist. Their evidence is this audio recording of Sammon from a fundraising cruise for Hillsdale College in Michigan.

Sammon, in his defense, has called his statement on the cruise “inartful” in an interview with The Daily Beast’s Howard Kurtz.

Anyway, I suspect Fox News will fix it’s sneeze-guard, and we’ll all move on.

Is there even a defense mounted there? MediaMatters says they caught the Washington bureau chief of Fox News admitting to saying something he didn't believe because he thought it would be funny and damaging to a Democratic candidate, but he said he was just 'inartful,' so no big deal, no one will care anyway.

The fact that Bill Sammon is an ideologue who encourages his staff to slant the news is sort of beyond argument at this point -- and really the only goal of marshaling more evidence to prove it is to hopefully convince the people of Fox to just be honest about what they do for a living -- but while "everyone knows" and "nobody cares" is true of the sort of people who follow politics for a living, there are millions out there who think they're getting the unvarnished truth from that channel instead of shameless propaganda. But as Sammon's remarks indicate, the conservative movement as a whole has very little respect for the schmucks they rile up. Lying to them isn't just necessary, it's amusing.