The epitome of a spring recipe: Toss the freshest possible ingredients together and see what happens 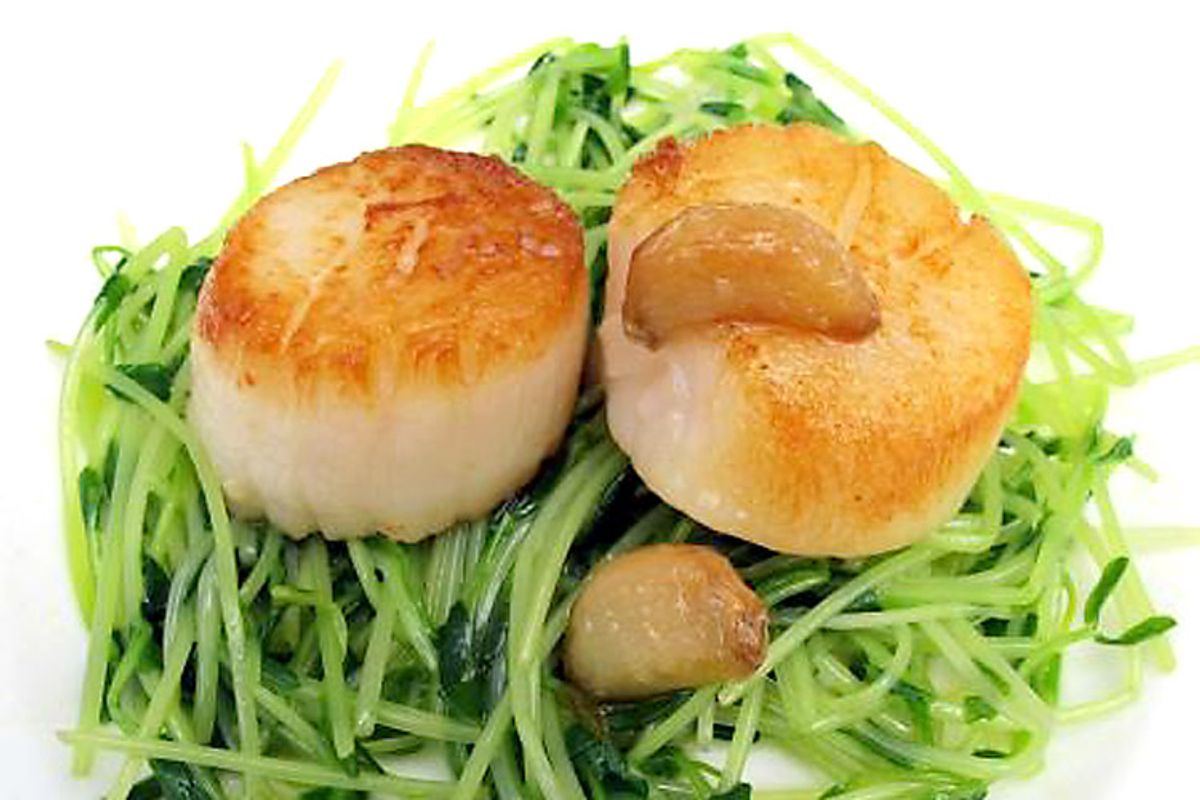 The closest I’ve ever come to living on a farm was the month I spent working as an intern in the kitchen of a New York City restaurant. That’s because the farm came to us. Literally. Not only did the restaurant order fresh produce and humanely raised meat and poultry from local farms, the farmers themselves came to regular four-course "Meet the Farmer" dinners to talk about the food that was on diners’ plates. All we were missing was a few acres of dirt.

I know the farm to table movement is trendy right now; jaded restaurant reviewers have referred to this kind of cuisine as "haute barnyard" and the chefs who prepare it as "lettuce whisperers." But it’s trendy for a reason. Aside from all the political and ethical arguments for eating sustainably and locally, there is this: The food tastes good! I guess I went to work behind the scenes to find out why.

The answer turned out to be ridiculously simple. David Shea, the chef I worked for, was brilliant, but it wasn’t his ego that was center stage. It was his ingredients. There is an obvious difference between a generic box-ripened tomato that grew a month earlier on another continent and a juicy red Brandywine straight off a vine in New Jersey. Grass-fed beef from a pasture in Vermont tastes a whole lot more flavorful than a corn-fed cow from a feedlot. Wild salmon is another fish altogether from the insipid variety raised on a fish farm.

So many ingredients that I thought I knew by taste took on a new dimension once I understood the depth of flavor they could achieve through cultivation in a healthy, sustainably farmed environment. Though David and his wife, Laura, who manages applewood, are too unpretentious to use this word, you could say that in their kitchen I learned about "terroir."

I also learned that celebrating regional flavor in season is not always easy. March is a tricky month to be a locavore. Trickier still if you are running a restaurant with a menu that changes daily. In August when the peaches are ripe and the zucchini, eggplant, basil and tomatoes are practically jumping into the ratatouille pot and the corn is so tender and sweet you don’t need to cook it, life is a happy dance to the dinner table. But if it is March, after a long winter of cooking parsnips and potatoes a hundred different ways, being a chef can get a little trying.

Laura still laughs about the Meet the Farmer dinner she set up one winter evening when the guest speaker was one of her vegetable growers. “I think all he had was a box of garlic!” And so, the featured ingredient was garlic. Even the pastry chef rose to the occasion and everyone loved it.

When I showed up in my chef’s apron on the first day of March, my job was to peel a 10-pound box of Jerusalem artichokes. The next day I got to peel 10 pounds of potatoes. So it continued throughout the month with carrots, beets, rutabagas and celery root. Not a tomato or a piece of lettuce in sight.

"Huh," David or Daniel, his sous chef, would say as one of them approached the walk-in each the morning, ready to dream up his side of the menu. Each would survey the pallets of cabbages and winter greens, and the crates full of tap roots, shake his head, and then head back upstairs to seek inspiration. It always came quickly. If last night the celery root had been puréed with creamer potatoes, tonight it would be julienned into remoulade. Sweet potatoes that had recently been made into dumplings might get smoked in a homemade rig on the stove. Carrots that had been puréed into last night’s soup now became a spicy slaw. But still there would be a wistful sigh and the expressed wish that spring be soon to arrive.

And then very modestly it did. There was a box of pea shoots in the walk-in. It was as if there was a celebrity in the room. For a salad-starved group, it was hard not to give them top billing in every dish. They crunched like watercress, wilted gracefully and intensified in flavor when sautéed, and added a vivid green to any plate that needed a colorful accent. Best of all, they tasted like springtime.

On a back burner at applewood, you can often find a bubbling pot of garlic cloves in olive oil. Chef David Shea uses caramelized garlic in many of his dishes. It has a sweet umami taste and a soft texture that adds character to a recipe. I love how it tastes with the earthy flavor of wilted pea shoots. You can serve it unadorned as a side dish, but because I wanted to serve it as an appetizer, I sautéed a few diver scallops and put them on top of the wilted greens. Delicious! One or two scallops make a nice appetizer. Three or four are right for a main course.