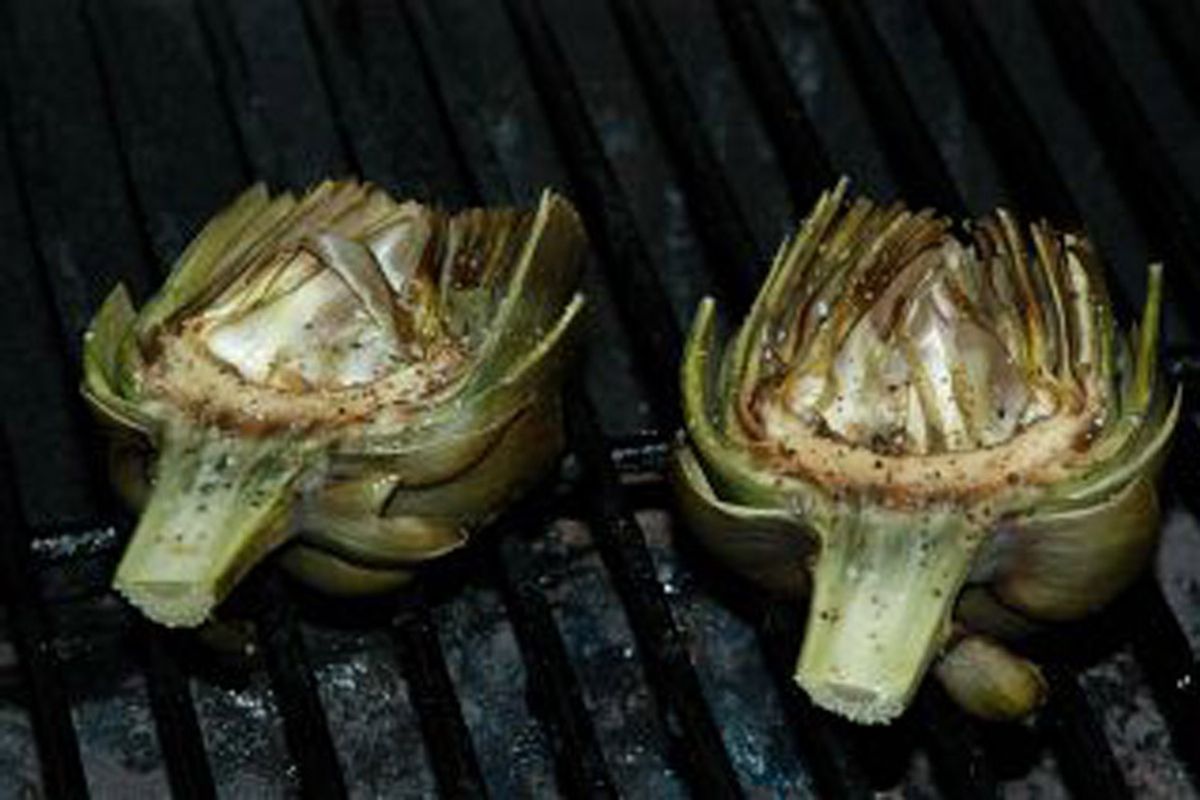 Late winter-early spring in California is when we find the best artichokes, and seeing some today occasioned a wonderful recollection: When Cath and I were first dating we took little trips all over Northern California. (You know how it is). One such jaunt was to Monterey where we spent time at the famous aquarium, where I was especially entranced by the sardine tank. The little silver fish just raced round and round and round. I wanted to let them out. (I've never been fond of creatures in cages.)

Anyway, all that walking and all those fish made us thirsty so we made our way to the Monterey Bay Aquarium Restaurant, ordered cocktails and perused the bar menu. The grilled artichokes jumped off the page. These were beautiful -- slightly crisp from the grill, lightly salty and served with a spicy dipping sauce that was mostly chipotle and garlic. They were heady, to say the least, and there was nothing left on that platter but two napkins.

We have made these several times at home. I don’t make a chipotle sauce but prefer a spicy lemon aioli.

Have plenty of napkins on hand and a cold drink. And don't bother with any other food groups, these babies deserve your total attention.