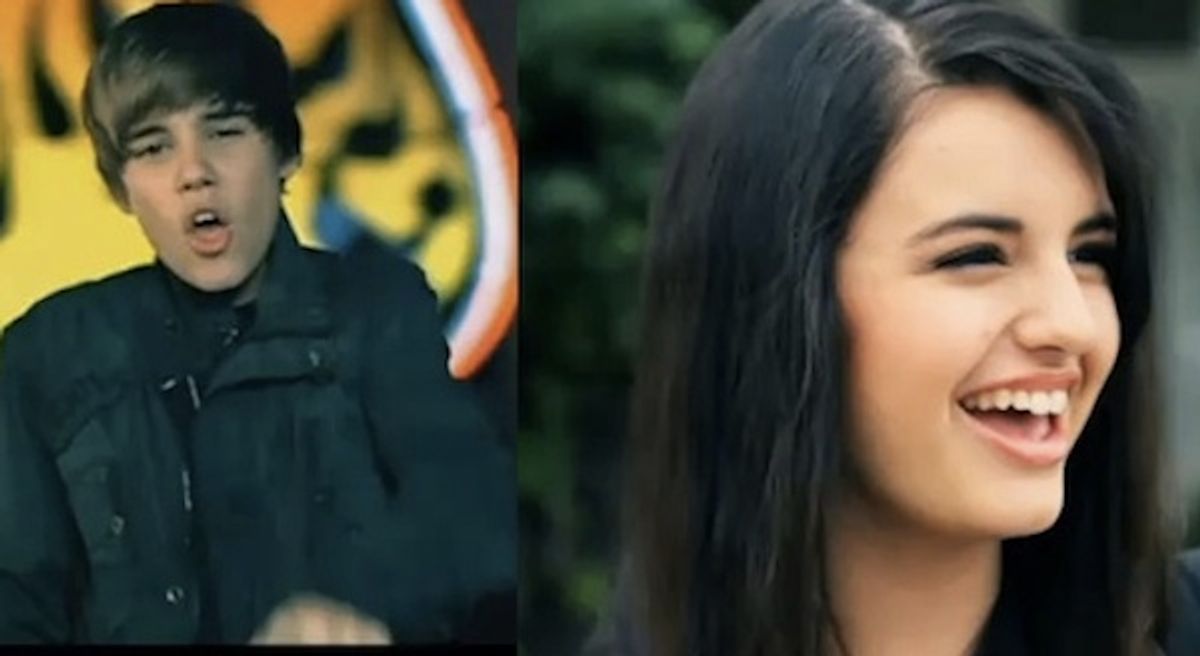 Kneel before Zod -- er -- Justin Bieber! Yesterday, the 17-year-old pop sensation broke a new record when his single "Baby" hit 500 million views on YouTube, making it the most-watched video in the site's history. (Previously, Lady Gaga's "Bad Romance" was in first place, though it averaged only a puny 362 million views.)

But with great popularity comes great backlash, and Justin soon found out what happens to guys at the top: they become the target of angry trolls who have nothing better to do than press the "dislike" button on YouTube all day. So while Justin may have had the most popular song of all time in sheer number of views, he also had a record-breaking number of dislikes. Earlier this morning, it was declared that Justin Bieber's "Baby" was the most hated song on the Internet, with over a 1,158,497 people giving the song a thumbs-down. In comparison, only 581,617 people have taken time out of their day to "like" the superstar's song.

Immediately, our collective hive mind turned to Rebecca Black...did this (arguably skewed) data mean that Justin Bieber's "Baby" was more unpopular than "Friday?" "Friday?!" The bane of our existence, the pop song that made blood boil and rivers flow with tears of the innocent? It was too impossible to believe, yet it was true: for at least part of the day, "Friday" was only the second-most hated song in the world.

By this afternoon though, fans and detractors alike had gotten wind of this cataclysmic event, and began downgrading Rebecca's songs even harder. Currently, she's beating Bieber by over 20,000 dislikes for her single. I hope we all feel really good about ourselves, because when you actually crunch the math, Black was never in trouble for losing her top spot on the Internet's whipping dog list. Considering that Bieber has over 500,000,000 views for "Baby" and Rebecca has only 60,000,000+, the ratio of dislikes-per-view is incredibly skewed toward Black. Meanwhile, compared to Justin's almost 600,000 "likes" for his song, Rebecca only has 142,080. So for everyone who took time out of their day to push buttons on the Internet and cast their vote on which teenager's music they hated more, I just want to say: good job, very productive way to spend your time. Especially when just a tiny bit of math and analytical skills could have saved you of from worrying that somehow Rebecca Black had started to fade from our cultural consciousness while you weren't paying attention.