My month of no snark

I wanted to see if I could change the way I felt by being nice to people. The weirdest part? It worked 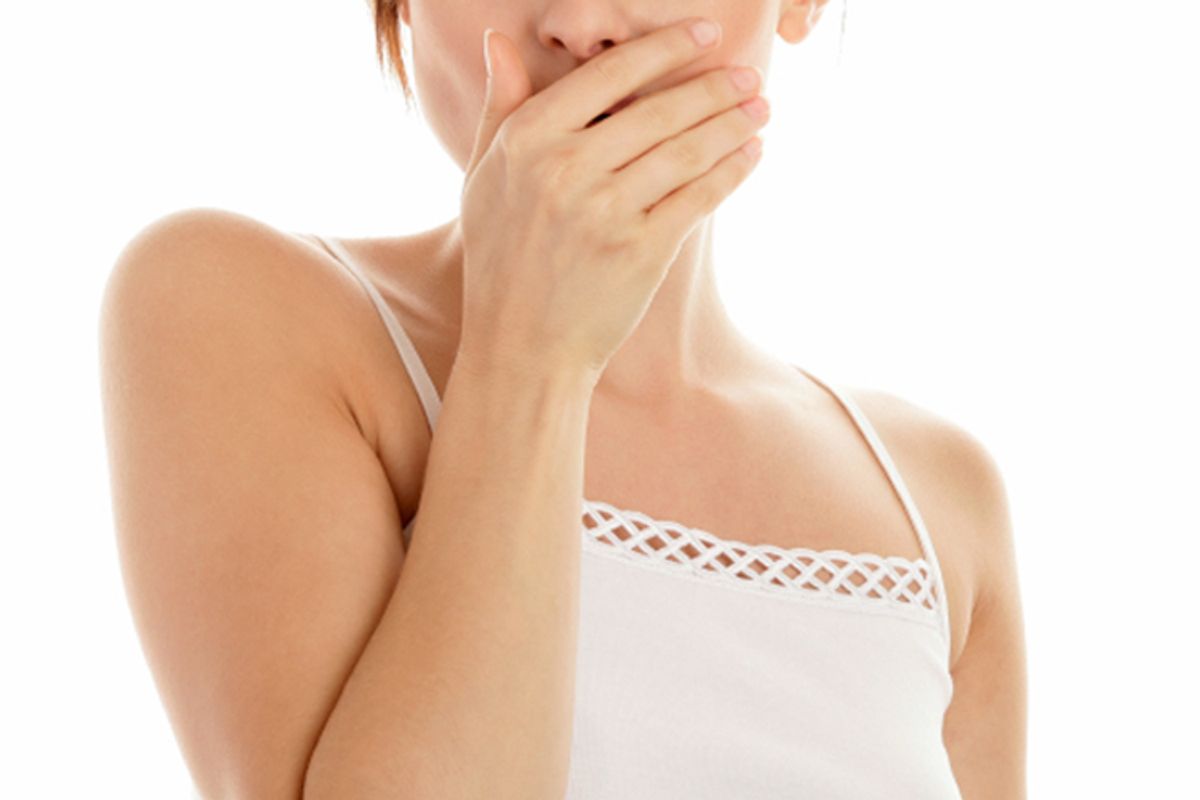 Last week, if you'd asked me what I thought of Gadhafi, I'd have said something like, "I appreciate his whimsical taste in uniforms." That's because I'd vowed for one month to live up to the gold standard we all internalized to some degree as children: If you can't say something nice, don't say anything at all.

It started when my husband, baby and I drove away from a visit with my aunt, who has Stage 4 breast cancer. I thought back on the 30-some years I've known her. I have never once in all that time heard her say anything unkind. Not even in the subtext of her words. That's one hell -- or, in this case, heaven -- of a legacy.

While I'm not known for being unkind, I'm not above the occasional barbed joke. Looking at my dad's "Refudiate Obama" bumper sticker a while back, I remarked to my right-wing brother, "That's a pretty big word." Sure, it's a mild quip, but it feeds into a current of savage speech that underlies much of our public discourse. Personal invectives dominate everything from political commentary to You Tube comments. Snark, it seems, is something to which people aspire.

I began to wonder, how would holding my tongue -- or at least changing what came off it -- alter my relationships? Would I be forced into becoming a pushover or would I find more direct ways to deal with disagreement? Would I be less interesting? Would I still feel like myself, even? And in a bigger, moral way: Is it actually better?

There was one way to find out. I began my month-long campaign of kind with the following rules:

I cannot say or write anything that could be construed as not nice.

I do not have to school other people on being kind.

I am allowed to tease in a good-natured way.

Then I got a call from a former neighbor who told me about the old asshole down the street [his words, not mine] who egged his house over a fight about spilled garbage. I held my own this time, showing neutral empathy. "What a drag ... Oh wow ... I'm sorry you have to deal with this ..."

Already, I was starting to feel a little Hallmarky. It's just so much cooler to be more sarcastic and less earnest. But what does that even mean, really? A certain meta-remove is popular now, but isn't it possible that's just a cultural phase? Irony can't be in forever. I hope not, anyway, because however funny it might be, it implies a certain solipsism. It says, I am so above this scene -- above other people, even -- that I can simply comment on what I see unfolding before me. That may be a good way to get laughs -- but it's a dull way to live.

Later that first day, I took the baby on a stroll through our new small-town neighborhood in upstate New York and met an older gentleman who has lived in town longer than me. When I told him my name, he said, "Watch out. There's a Loreen, a Laura, a Laurie, and another Lauren on this block … and they all got divorces!" Then he laughed bitterly. But score one for me. I said, "I'll try not to take that as a curse. Goodbye."

It may have been a WASPy response, but it was not unkind. That said, I walked away furious and with no way to vent.

But here's the thing. Without the ability to vent, I had only two options: to let something relatively stupid eat away at me -- or to just let it go. So I tried that. What did it matter if a stranger thought my marriage was challenged because of my first name? Giving his weird, offhand theory any stock would be as productive as stepping on a crack in the sidewalk and worrying it would hurt my mom. So I decided there was something to the old preteen-teen mantra: Whatever.

Surprisingly, it worked. If I couldn't bitch about the exchange, I stopped thinking about it.

As the days went on, I bit my tongue about many things, including but not limited to the following:

The journalist on TV with the squeaky voice

A good friend's seeming belief that her puppy is human

The plumber's inability to make our bathtub hold water

At first I worried that not talking about these things would make me not "known" to the people in my life. Maybe I've had too many years of therapy, or maybe we've all had too many years of Oprah and the imperative to "get it all out." But this was an odd and even narcissistic presumption, as though people close to me needed to be aware of my every thought in order for our relationships to be genuine.

Instead of me denying my true thoughts, I stopped giving the unproductive ones much weight. Adding credence to the theory that changing what you do changes how you think, unkind thoughts just dissipated in a matter of days. It actually doesn't matter much whether my friend's dog gets to eat sitting on a chair at her table. She has her reasons. What do I care? And it's not like I don't do anything weird, either. I think I can tell what's in the mail before I open the mailbox. Is that any worse?

Not giving voice to my flinty little put-downs also eliminated that weird guilt where you wonder if the person somehow heard you or found out what you said. I also stopped suspecting that anyone might be saying harsh things about me.

Granted, near the end of the month, I had dreams that I was screaming into a crowd stuff like, "The stroller is smaller than your shopping cart, god damn it, so stop giving me that look!" I also found myself sublimating by reading British film reviews that said things such as, "The sex scenes were reminiscent of a slug rolling in salt."

But out loud and in emails, I walked the line. Where I did struggle, however, was in a discussion with a friend of mine from Amman who brought up Gadhafi.

"Have you heard his speeches?" she asked.

"Excerpts of them," I said.

The best I could do, considering that mentioning his clothes would have been too incongruous, was, "These are strange times."

When it concerns real human strife, it's ultimately not nice to just be polite. No one would benefit if conversations about World War II were only as substantive as "Hitler? Oh yes, he made lovely watercolors." It is more humane -- and, therefore, nicer -- to support justice, even if that means unleashing vitriol.

On the day my month was up, I spoke to a wonderful neighbor about how some of the older folks in town seem a little resistant to people from the city moving in. The old man's comment about women with names like mine getting divorces came to mind and I quipped that it might have been a mild form of hazing.

My neighbor laughed and asked, "Who said that?"

One thing that hadn't occurred to me: Buddy didn't mean anything at all by what he said. It was a harmless attempt at conversation, maybe even a touching way of reaching out. Either way, why waste energy assuming ill intent? Haven't we all said something stupid and realized it sounded insulting? If we stop lashing out against perceived insults and stop subtly eroding our friendships -- or even kind relations with strangers -- by giving so much attention to the things that bug us, quality of life inches incrementally but noticeably closer to excellent.

Kindness doesn't have to imply repression. It doesn't rein in humor or impede the fight for justice. But it does require discipline and substantive engagement with others.

If you disagree, feel free to say so in a considerate manner. Or just keep it to yourself.

Lauren Frey Daisley is a writer and voiceover professional in New York.