Has the news network's need for adorable animal stories gone too far? 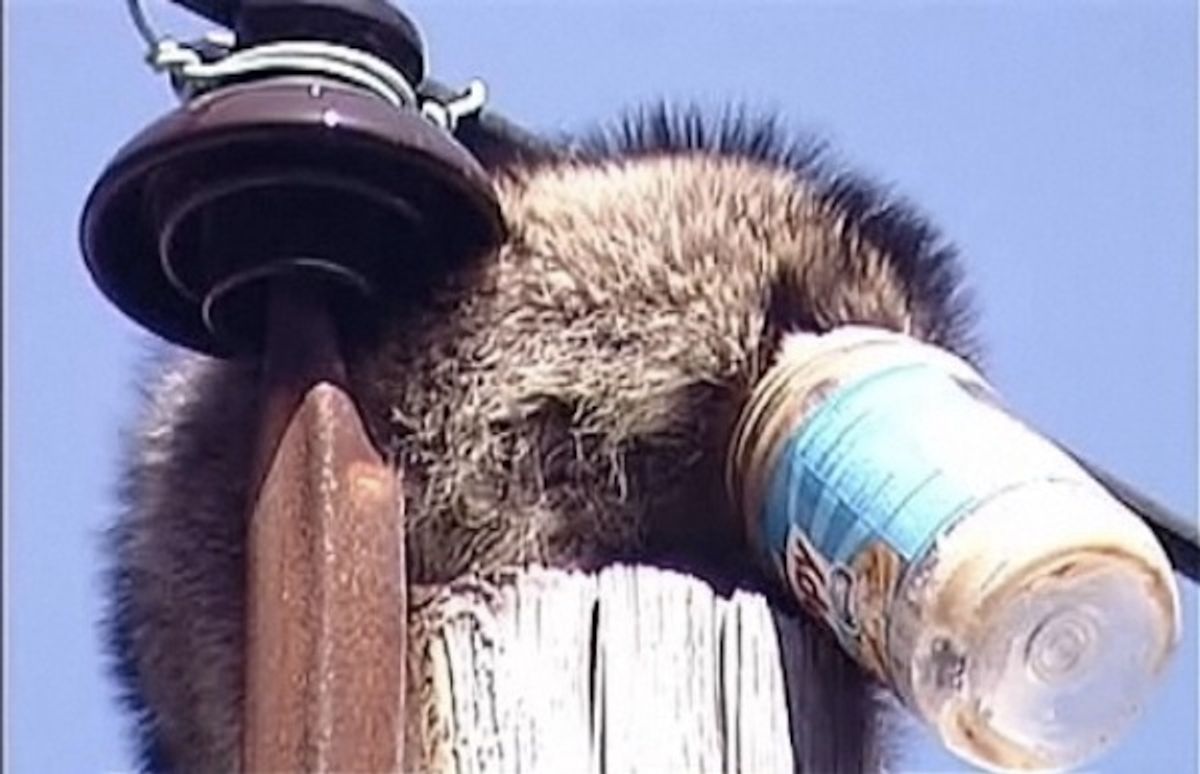 Whenever the news cycle gets slow, it's always great to throw in a little animal interest story: something about an adorable dog that also knows how to skateboard, or a mouse that acts like a human (for science!). Because who doesn't love a cute animal, especially one trying really hard at a task, like trying to remove its head from a non-breathable jar for eight hours? Adorbs!

I'm sorry, but if you're going to do a segment on such a non-story as raccoons and trash in Long Island, maybe you could do one that doesn't have such a subversively grim undertone? I understand that utility poles are hard to climb, and that those dozens of onlookers that gawked and pointed as the feral animal desperately tried to remove its head from an almost airtight container were probably really torn between going up to help it and putting their own personal safety at risk, but come on. I think the real story here is that it takes eight hours after people start gathering in crowds (and the news vans showing up) before officials take action on an animal in trouble. Since the first-response team happens to be from a nonprofit electricity provider, should we assume Long Island has no animal control centers?

There are so many good angles to this event, "Today!" Why you had to go the lazy route and do the "animal stuck in a jar" story makes it look like you guys have your own heads shoved up something.