With reporters listening, the New York senator mistakenly tells his colleagues which talking point to use 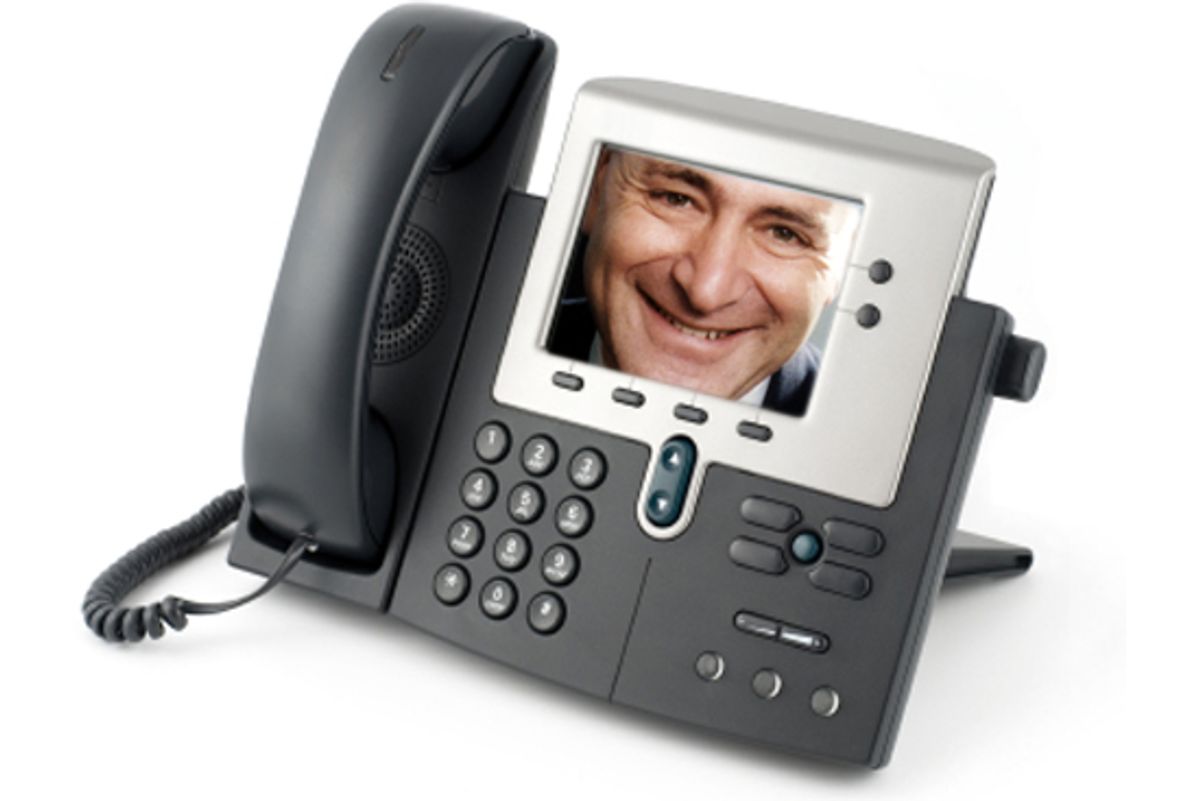 Senator Chuck Schumer, loudmouthed New York Democrat and incorrigible publicity hound, accidentally revealed his super-top-secret talking points to a bunch of reporters while he was... on a conference call with a bunch of reporters. Before the call was scheduled to begin, Schumer was instructing his fellow senators on what to say to the press, which I'm sure his fellow senators really appreciated, because they totally have no idea how to competently deliver simple talking points to reporters:

After thanking his colleagues — Barbara Boxer of California, Ben Cardin of Maryland, Tom Carper of Delaware and Richard Blumenthal of Connecticut — for doing the budget bidding for the Senate Democrats, who are facing off against the House Republicans over how spending for the rest of the fiscal year, Mr. Schumer told them to portray John Boehner of Ohio, the Speaker of the House, as painted into a box by the Tea Party, and to decry the spending cuts that he wants as extreme. “I always use the word extreme,” Mr. Schumer said, “That is what the caucus instructed me to use this week.”

Then everyone realized people were listening and went quiet, out of embarrassment, until the call officially "began," at which point the senators dutifully delivered their talking points.

This talking point about Boehner being caged in by "extreme" elements in his party is at least a plausible interpretation of observable reality -- in other words it's perfectly legitimate spin -- so I wouldn't expect too much fallout from this. (Until someone from a Breitbart site or The Daily Caller or some even stupider outlet decides this is proof of Soros-funded High Treason against the Constitution, anyway.) It's funny to hear Schumer explicitly say that the caucus told him to use that one particular word, and then to hear a bunch of adult U.S. senators use that word. It should please conservatives to learn, again, that Democrats are so incompetent at basic political messaging.