Is the men's rights movement growing?

Dilbert creator Scott Adams caused a furor around the subject. Here's a closer look at it -- and what he got wrong 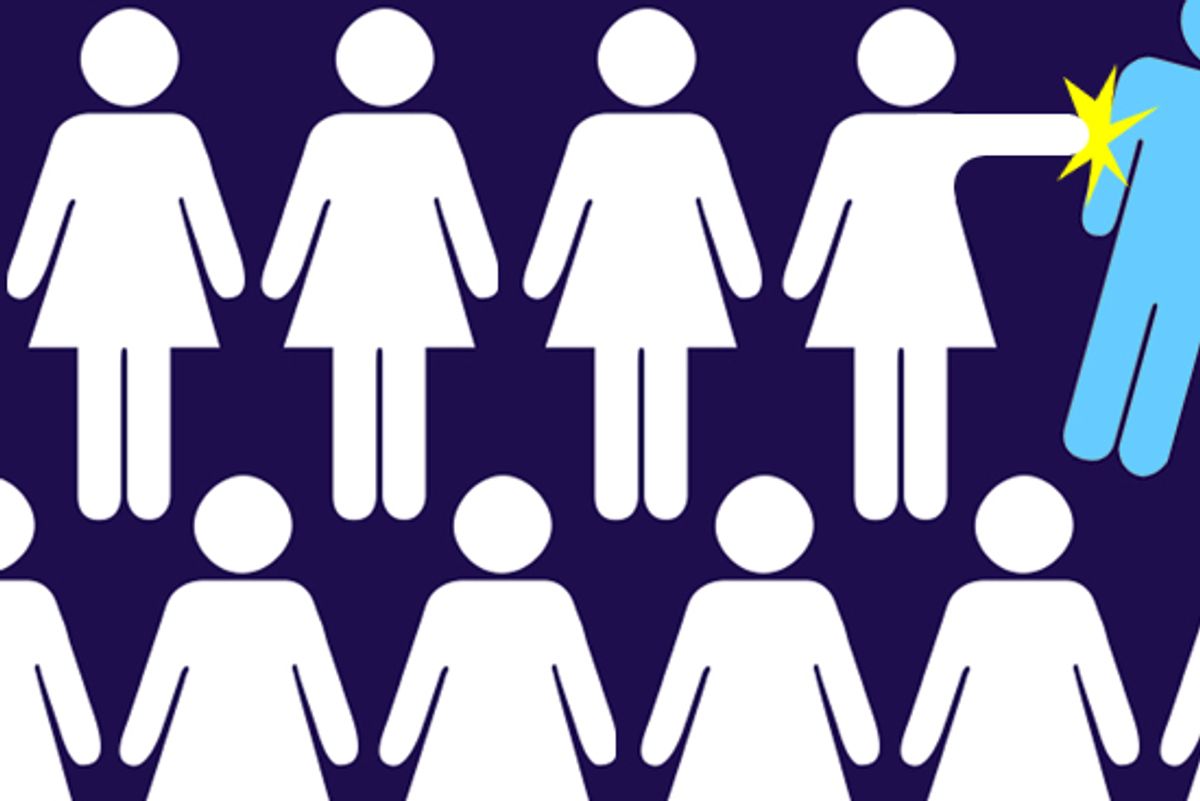 Cartoonist Scott Adams ran into some hot water recently for a blog post he penned that nominally took aim at something calling the "men's rights movement" -- but also denigrated women, comparing them to children and handicapped persons. The episode led to a whole series of responses (including a couple here at Salon), most of which were incensed rebuttals of Adams' bizarre, uncouth statements.

Still, we wondered, just how big is the men's rights movement?

Michael Kimmel is a professor of sociology at Stony Brook University and author of such books as "Against the Tide: Pro-Feminist Men in the United States, 1776-1990" and "Manhood in America: A Cultural History." We spoke to Kimmel today about the men's rights movement -- its origins, central tenets and current role in the debate over American gender roles.

So what's the background behind the men's rights movement?

Around the time of the early second wave of feminism -- the early 1970s -- women basically said, "Women get a bad deal. We have to be mothers and homemakers but we can't have careers" -- all that stuff that everybody knows. Then a bunch of men in the 1970s started saying, "Yeah! Society says that we have to be the breadwinners, we have to be unemotional, we have to do all these things. Boy, it sucks for men too." And out of that a men's liberation movement was born.

Some of the men's liberationists actually supported feminism, said that feminism actually enables men to get in touch with their feelings, to be good fathers, to not simply be loved for their wallets, et cetera. And some men's liberationists went the anti-feminist route, and say men get a bad deal because women are actually winning. That's the basic split.

Both men's rights and pro-feminist men share a critique of traditional masculinity -- that it basically offers a raw deal for men. Where they differ is on how far gender equality has progressed. The men's rights movement says it's gone too far. And the pro-feminists say it hasn't gone far enough yet. The men's rights groups basically think that women are now in control, that women run everything and that it's a national catastrophe that women are able to interview male athletes in the locker room or serve in the military. That this is evidence of women winning.

I don't know if you're a New Yorker, but there was this lawyer [Roy Den Hollander] who keeps filing these federal cases that women's studies programs are a violation of the separation of church and state. He filed a case to sue Columbia because they have a women's studies program, and he believes that's teaching a religion, and they're not supposed to teach a religion. He's also tried to sue bars for having discounted or free drinks for women, because it's discrimination against men. I don't think there's ever been a woman that's sued a barber for charging less for men's haircuts than women's.

But, you see where this goes. It gets pretty fringe pretty quickly.

There are three issues that they constantly talk about as evidence of reverse discrimination against men.

Those are the big three. There are some who argue there is literally a titanic [amount] of funding for breast cancer research, but there's absolutely none for prostate research -- that women control the health industry as well. I don't think that gets as much traction because it's so easily confounded by the numbers. But custody, divorce and military are the places they tend to go the most.

While I was doing research I came across what seemed like a similar movement -- the father's rights movement. What's the difference between that and the men's rights movement? Do they diverge at a certain point?

Father's rights groups focus entirely on divorce and custody. And, they claim, rightly, that as parents they have rights. They claim that men are discriminated against in custody decisions -- that women can file a false charge of domestic violence and get custody forever and prevent the father from seeing their children. That's largely where they focus their attention.

The father's rights guys -- at least some of them -- they are in pain, because they really did feel like they were good fathers, and they've lost contact with their kids and lost custody. And some of them are hurting. I'm a Jeffersonian, sort of instinctively. And to Jefferson, democracy was based not just on rights, but also on responsibility. It was a delicate balance between the two. I love the fact that in minority communities, what you hear is not about the father's rights movement, but father responsibility movement. To me it's a balance. Fathering is not just an existential state of being. It's things people do. When you do it -- when you're a really good father -- you'll retain connection with your children.

How does the Scott Adams piece meld with the ideology of the men's rights movement?

Scott Adams' piece, to my mind, tries to have it both ways. At first he gives all the standard litany of kvetching that the men's rights movement tends to do -- which is all the places where they feel there's unfairness and discrimination toward men. And in that recitation, he's quite wrong about some things. Just to give you examples, [he argues] that women have overtaken men in college attendance and if the situation were reversed it would be considered a national emergency. No, it would actually be considered the Ivy League in 1965. It wouldn't be considered anything. It would be considered normal.

The fact is, actually, women are penalized in auto insurance, not men. Women have much safer driving records, especially for under-25 drivers. And they pay a premium, basically, for being under 25, even though women under 25 have much lower rates of accidents, especially [with regards to] driving under the influence. So, actually, women subsidize men's drunk driving. To put not too fine a point on it, he's quite wrong in some of the numbers and some of the details. But, then, he makes a complete 180 and says, Man up. It's no big deal.

Do you see the men's rights movement -- and the ideas they're espousing -- getting a wider following?

No, I don't, first of all because I don't see women in any way buying this stuff. You know, women aren't suddenly going to say, "Oh, you're right! This stuff about going to law school and medical school is a bore. Let's not do that." It's not going to happen. It's a done deal. The question for men right now is how are we going to move into this future that is more gender equal. [Most young people now] have good cross-sex friends. When you watch "When Harry Met Sally," which is from my era, and Billy Crystal says to Meg Ryan, "Men and women can't be friends because sex always gets in the way," you find that kind of laughable. My students do. What I'm saying is you're not going to go back to an adversarial relationship. You're living equality. I think that the global trend toward gender equality is not going to abate in any way.

Now, that leaves men with an existential question. Are we going to be dragged into the future, kicking and screaming -- like the men's rights guys -- or are we going to go boldly, fearlessly, and say, "What a minute: What's in this for men?" And what the data clearly shows is that the men who embrace gender equality are actually happier, healthier, live better lives, have better relationships with their friends, their wives and their kids. So I don't think it's going to catch on. Globally, the trend toward greater gender equality is going to make the men's rights movement look like a backlash movement, which is what it is.

But what about in the short-term? Do you see the minority growing?

In the short-term it's possible that -- as men feel really put upon, and feel more pressure around jobs and economic insecurity and familial insecurity -- they're going to be looking around for a place to hang that discomfort. And, certainly it's true that the greater equality of women is going to be a convenient peg on which to hang that. But it's temporary. It's not going to last.