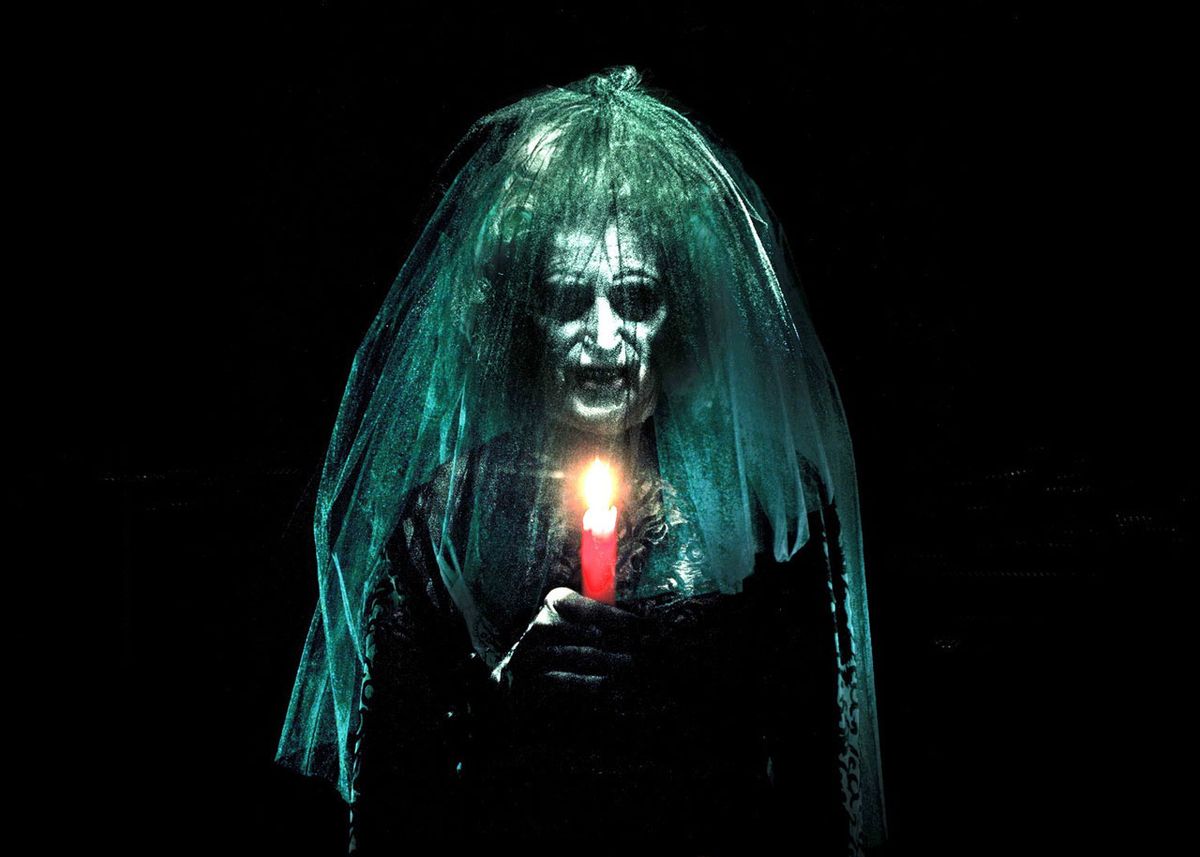 A still from "Insidious"
--

Let me introduce this more-or-less positive review of "Insidious" with a couple of caveats. 1) This competent but derivative spook-tacle comes from the team of director James Wan and writer Leigh Whannell, the Aussies who invented the "Saw" franchise, and while you could argue that their first installment (the only one they personally supervised) was superior to the later films you wouldn't actually be right about that. 2) I'm not convinced that Wan and Whannell know what the word "insidious" means, since the title card comes in enormous boldface type, accompanied by screechy, dissonant, Arnold Schoenberg-style strings. I think they think it means really, really evil, plus kind of awesome, as in, "Dude, that's insidious!" Either that or they're capitalizing on the possibility that the audience doesn't know what it means, which might be worse.

So the pleasant surprise when you actually watch "Insidious" is that it turns out to be a moderately effective suburban-family creep show, majorly in debt to "Poltergeist" and "The Exorcist" and capturing at least a little of their spirit. Given the dreary landscape of contemporary horror, making a creditable imitation of movies that were actually good qualifies as an artistic breakthrough. Patrick Wilson and Rose Byrne play the wholesome young parents -- he's a Dockers-wearing schoolteacher, she's a stay-at-home mom and aspiring singer-songwriter -- whose new house and 8-year-old son become the focus of scratchy noises, strange apparitions with bad Goth hairstyles and other gradually intensifying weirdness.

It's a critical truism to say that the best horror movies rely on a slow, ambiguous buildup, and scare you more with suspense and atmosphere rather than shocks or gore. Still, it's almost startling to realize all over again how much more effective that approach can be. There's nothing overtly ominous about the two-story 1920s Arts & Crafts-style house where Renai (Byrne) first begins to hear weird scraping sounds and barely audible voices, or to half-glimpse sinister figures in or around the room of her oldest son, Dalton (Ty Simpkins). Her husband, Josh (Wilson), avoids the whole question, apparently believing she's losing her grip, and starts spending late nights "grading papers." But wait -- does Josh have a secret? Does he? Well, does he?

After Dalton falls into an unexplained coma -- and that happens early on, spoiler cops -- Renai insists that the family has to move out, but this haunting turns out not to be house-specific. Josh's mother, played by Barbara Hershey with arched eyebrows and a tense, reserved demeanor, seems to have a suspicious degree of insight into what has befallen Dalton, and summons the inevitable older female psychic (Lin Shaye) along with her team of goofball Abbott-and-Costello assistants (played by Angus Sampson and screenwriter Whannell). Wan balances this utterly familiar comic-scary setup with a couple of novel plot twists, which you'll see coming but may not totally figure out. (For reasons of their own, the filmmakers have given almost everything away in interviews, but I will say no more.)

I never quite escaped from the feeling that "Insidious" is more of a technical exercise than a work of conviction, but at least it's a reasonably successful technical exercise. Wan and Whannell seem eager to prove they can make a movie aimed more at a marginally adult audience, a movie built around a likable pair of B-plus dramatic actors that's modeled after enduring horror classics and flavored with dashes of Kubrick and David Lynch. The cinematography (by John R. Leonetti and David M. Brewer) is muted and reasonably graceful, and only when Josh must pursue Dalton's spirit into a numinous realm called The Further, full of dry-ice smoke, evil clowns and wacky dead people from other eras, does the whole thing start to seem like a second-rate farrago of every supernatural-themed movie ever made. Wan and Whannell nearly redeem themselves with a stinger ending that may just catch you napping, and the net effect of this almost-pretty-good genre flick is indeed retro, perhaps in ways they do not intend. If you were actually watching this on TNT, in 1992, in your parents' basement -- instead of in a movie theater for $10 or more -- it would seem fully insidious.