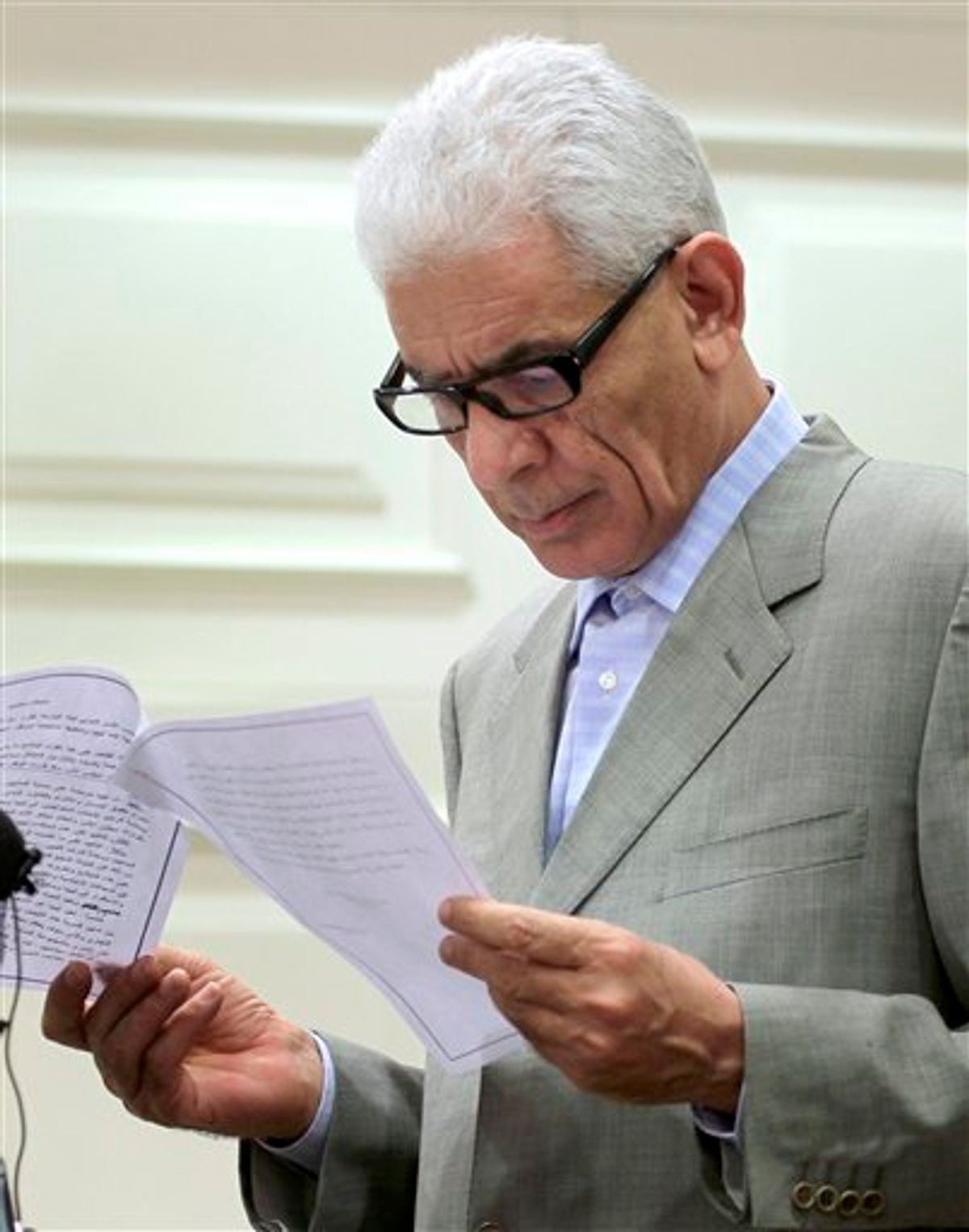 Libya's Foreign Minister Moussa Koussa reads a statement to foreign journalists at a hotel in in Tripoli, Friday March 18, 2011. We decided on an immediate ceasefire and on an immediate stop to all military operations," he told reporters. "(Libya) takes great interest in protecting civilians," he said, adding that the country would also protect all foreigners and foreign assets in Libya. The U.N. Security Council voted early Thursday evening on a resolution that imposes a no-fly zone and also authorize U.N. member states to take "all necessary measures" to protect civilians from attacks by Muammar Qaddafi's forces.(AP Photo/Jerome Delay) (AP)
--

Libyan Foreign Minister Moussa Koussa arrived in the U.K. on Wednesday and is resigning from his post, Britain's government said.

Moussa arrived from Tunisia at Farnborough Airport, about 35 miles (55 kilometers) southwest of London, the Foreign Office said in a statement, adding that he traveled here under his own free will.

"He has told us that he is resigning his post," the statement said. "We are discussing this with him and we will release further detail in due course."

It was not immediately possible to confirm the statement with Moussa or people close to him.

"We encourage those around (Libyan leader Moammar) Gadhafi to abandon him and embrace a better future for Libya that allows political transition and real reform that meets the aspirations of the Libyan people."