Politico and NBC scheduled the campaign kickoff for May 2, but now they'll wait until the grownups decide to run 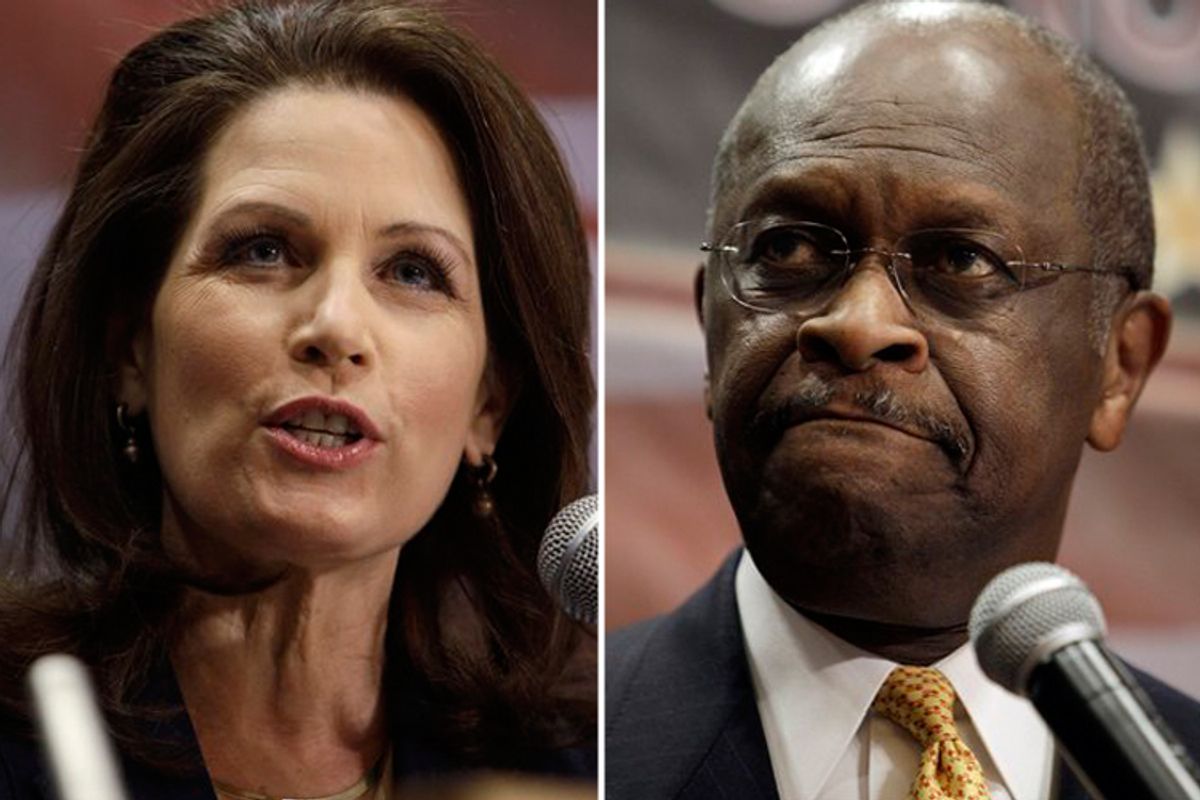 Awful news out of Washington: The first scheduled debate of the 2012 presidential campaign has been pushed back to September. Politico and NBC were joining forces to host the campaign kickoff May 2 at the Ronald Reagan library, with Brian Williams and Politico editor John Harris moderating. The debate was announced last November, with the date officially set in January. But it's nearly April, and our only official candidate is... Fred Karger. (My fave!) Oh, and maybe Jimmy McMillan.

Tim Pawlenty has an exploratory committee, giving the Republican party a grand total of one serious presidential candidate. Newt Gingrich and Michele Bachmann are expected to announce the formation of their own committees later. Maybe.

The best-case scenario would've had Pawlenty and Gingrich and maybe Romney, along with an embarrassing smattering of the fringers and kooks. Mike Huckabee already announced that he would skip this debate regardless of whether he decided to run or not. When they announced this thing, they probably expected Romney and Palin and a few of those terribly well-respected but unelectable senators and low-profile governors that the elites crow about every year. Instead they're getting the Godfather's pizza guy.

So screw it, debate organizers said. From their press release:

“The Reagan Foundation prides itself on sponsoring world-class debates in which all of the major candidates in contention can make their point of view known to the widest possible audience,” said John Heubusch, executive director for the Ronald Reagan Presidential Foundation. “Although there will be a long and impressive list of Republican candidates who eventually take the field, too few have made the commitment thus far for a debate to be worthwhile in early May. The Reagan Foundation’s first Republican presidential primary debate will move to the fall, allowing enough time for the full slate of candidates to participate.”

As announced in January, Brian Williams, anchor of the top-rated “NBC Nightly News,” will be co-moderator, along with POLITICO Editor-in-Chief John F. Harris, a presidential scholar and one of the nation's top political journalists. A Telemundo reporter will also join in the questioning.

The debate is now scheduled for September 14, which is no longer even close to Reagan's 100th birthday. For shame, Republican party. Why do you dishonor Reagan so?

There is still a debate set for May 5, hosted by the South Carolina Republican party.