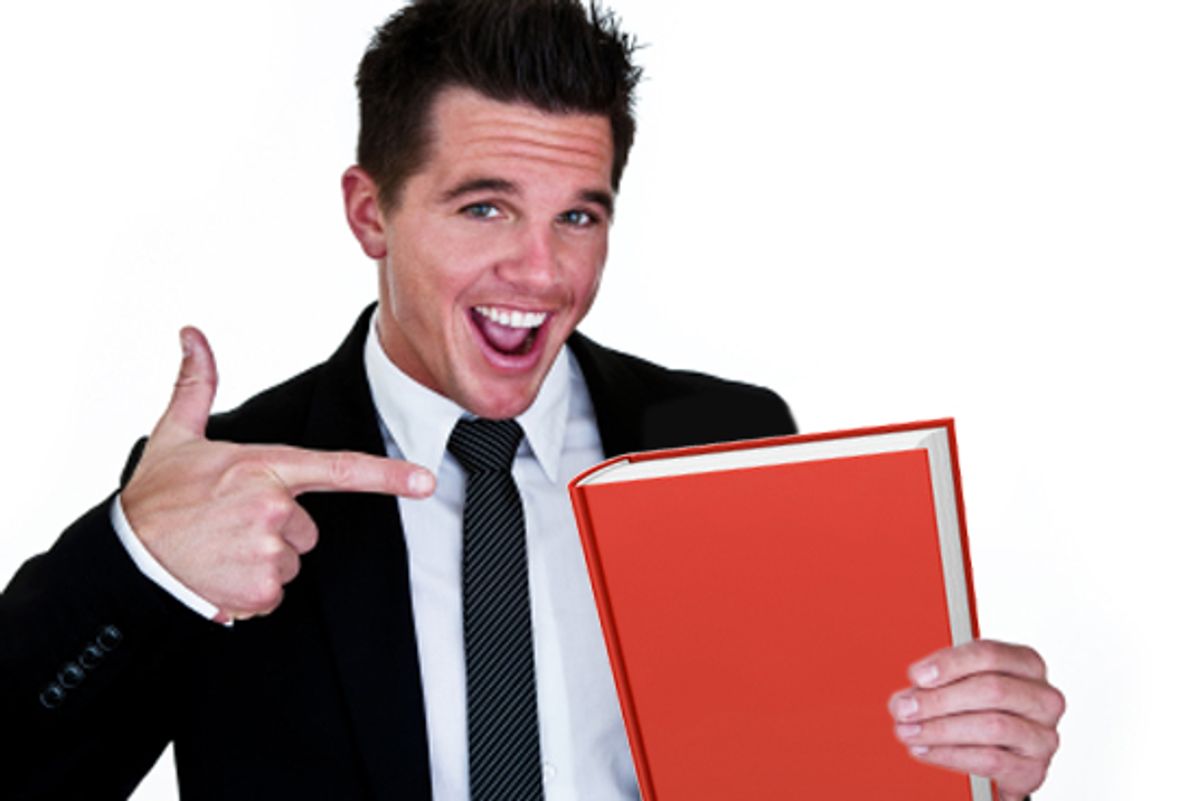 Last week, the book world saw a particularly symmetrical bit of revolving door ballet as Amanda Hocking -- who famously became a millionaire by selling a series of paranormal romance novels as self-published e-books -- signed a contract with an old-fashioned publishing house, while the bestselling thriller author Barry Eisler walked away from a similar deal, preferring to self-publish his next book. Did I mention it was the same publisher (St. Martin's Press) in both cases? Like I said: symmetrical.

Eisler told Jason Pinter at the Daily Beast that he'd been exasperated by the way his previous publishers had marketed his books -- everything from boring covers to a failure to understand something called "automatic resonance." Eisler has also done the math (which he lays out in considerable detail for Pinter) and believes that, as handsome as the two-book deal St. Martin's offered him was, in the long term he can make more money on his own.

Other successful conventionally published genre writers -- the most celebrated of whom is J.A. Konrath -- have mined their out-of-print backlist for self-published e-book sales and done well. This week, the estate of Dame Catherine Cookson, a bestselling author in days of yore, announced that it will be selling 91 titles from her backlist exclusively for Kindle, largely because conventional publishers haven't shown much interest in reprinting them.

But Eisler is noteworthy for turning down a cool half-million dollars for two new books, a much bigger gamble than deciding to Kindle-ize a bunch of titles that were languishing out of print to begin with. He's willing to do (or hire someone else to do) all of the work his previous publishers did, and he thinks he can do it better. "I've always believed the writer has to be an entrepreneur and CEO," he told Pinter, "with all that entails."

Hocking, on the other hand, is ready to say goodbye to all that entails. In a series of impressively sensible blog posts, she explained to aspiring authors all het up about the riches awaiting them that they shouldn't think it was easy. "This is literally years of work you're seeing," she advised. "And hours and hours of work each day. The amount of time and energy I put into marketing is exhausting. I am continuously overwhelmed by the amount of work I have to do that isn't writing a book. I hardly have time to write anymore, which sucks and terrifies me." To the New York Times, she said, "I want to be a writer. I do not want to spend 40 hours a week handling e-mails, formatting covers, finding editors, etc. Right now, being me is a full-time corporation."

What does this mean for readers? Well, for fans of these particular authors it may signify that they'll pay less for an Eisler book in the future and more for the trilogy Hocking just sold to St. Martin's. The low cover prices of Hocking's self-published novels (the Kindle editions run from about $1 to about $3) have played a key role in their success; plenty of readers were willing to take a shot on a book that cheap, and then (and this is key) they bought the sequels because they liked the first.

Hocking is hoping that her fans will also get better books in the future; she's complained more than once about the trouble she's had finding freelance editors capable of catching the typos and grammatical errors that keep turning up in her novels. (Who knows, maybe Eisler's readers will get worse books?) Hocking's novels will finally be available in bookstores for all those readers who don't have e-readers and don't want to order the print-on-demand paperbacks available from online retailers. And you probably aren't going to be seeing Eisler's new thriller in any airport bookstores. Both Eisler and Hocking are great promoters of their work, however, and chances are they'll thrive no matter how they decide to reconfigure their marketing for their new publishing plans.

It has become a mantra that today's author -- whether self- or conventionally published -- must learn to promote his or her books. Some, like Eisler and Hocking, happen to be good at it, but many aren't. People often become writers because they're introverted or awkward in personal encounters and have poured everything they want to say to the world into their work. What usually gets lost in the perpetual refrain about authors becoming their own marketers is that there's no particular connection between writing talent and a gift for self-promotion.

Consider Thomas Pynchon, Emily Dickinson, J.D. Salinger and Harper Lee -- all writers labeled reclusive. Others -- David Foster Wallace, Denis Johnson and Cormac McCarthy come to mind -- have been press-shy or have found public appearances excruciating and have made them only grudgingly, as a concession to their publishers. I suspect that writers like Franz Kafka and Samuel Beckett would likely have felt the same. Many authors have resigned themselves to the task of relentless networking ("social" and the old-fashioned kind) but still hate it and therefore aren't much good at it.

With all due respect to Hocking and Eisler (and I've got plenty for both), I'd rather have "To Kill a Mockingbird" than any of their novels. Even though they are much better at interacting with their fans and orchestrating their careers than Harper Lee is, Lee (in my opinion, at least) is the better writer. Today's conventional wisdom, in both traditional and indie publishing, decrees that someone like Lee might as well not bother; however good her book is, it won't find an audience unless she's willing and able to make hawking it at least a part-time job.

What this means for readers is troubling. Even if the next generation's "To Kill a Mockingbird" gets published, the author's inability to promote it effectively may prevent it from reaching the millions of readers who would otherwise embrace it. And while Harper Lee never published a second book, I want the writers whose work I admire to have as much time as possible to write as many books as they wish. As Hocking so astutely points out, the hours spent in self-promotion are hours spent not writing.