Ben Quayle knocks the hell out of fancy gala dinner 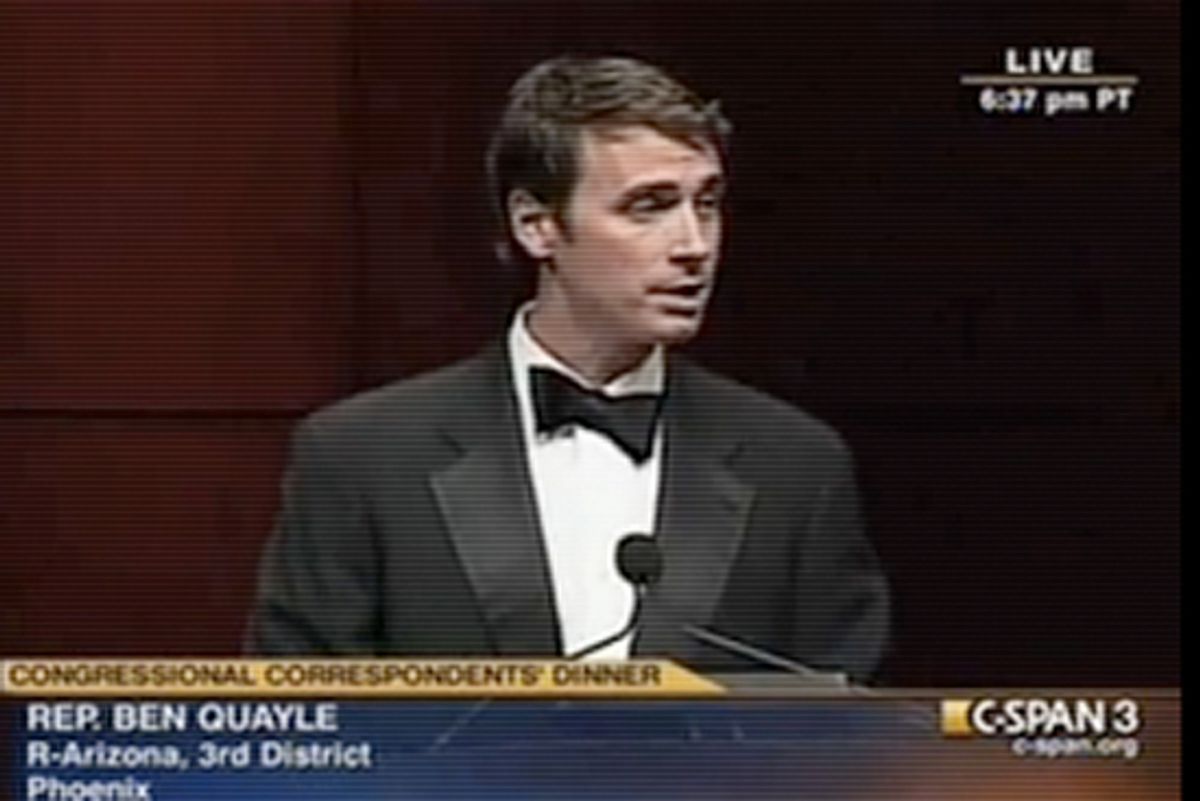 Ben Quayle was elected to Congress to represent Arizona's third district despite the fact that he never voted in local elections, posed with children that weren't his in a mailer, released a series of remarkably creepy ads, has led a life of few accomplishments, is known solely for being the son of a national punchline, co-founded and contributed to a misogynistic website of frat humor and dirty pictures, and was alleged by his former "Dirty Scottsdale" colleague to have had some sort of run-in with a "crazy hooker." On the other hand, he promised to "knock the hell out of" Washington DC, if elected. And last night, this outsider dressed up in a tux to attend and tell jokes at the 67th annual Radio-TV Correspondents Dinner, one of those regular gala events where Washington's powerful pols mingle and party with the journalists who cover them. Just knocking away at those Beltway elites, that Ben Quayle.

Quayle bombed. (His "caustic routine drew little more than an awkward silence from the large audience," Politico CLICK wrote. That's a pan at Politico CLICK.) He was creepy, stilted, mean, and unfunny. He basically confirmed, live on C-SPAN 3, that he is exactly who you thought he was.

Tea Party outsider Rand Paul also put on his monkey suit and delivered some moldy gags to the Washington lifers who are destroying America. His worst weird and uncomfortable jokes were about Aqua Buddha and Rachel Maddow. Second-generation anti-Washington politicians have horrible delivery.

All of these dinners are basically awful, of course, but rarely do quite so many people who deeply detest Washington, Beltway cocktail parties, and the media attend them.