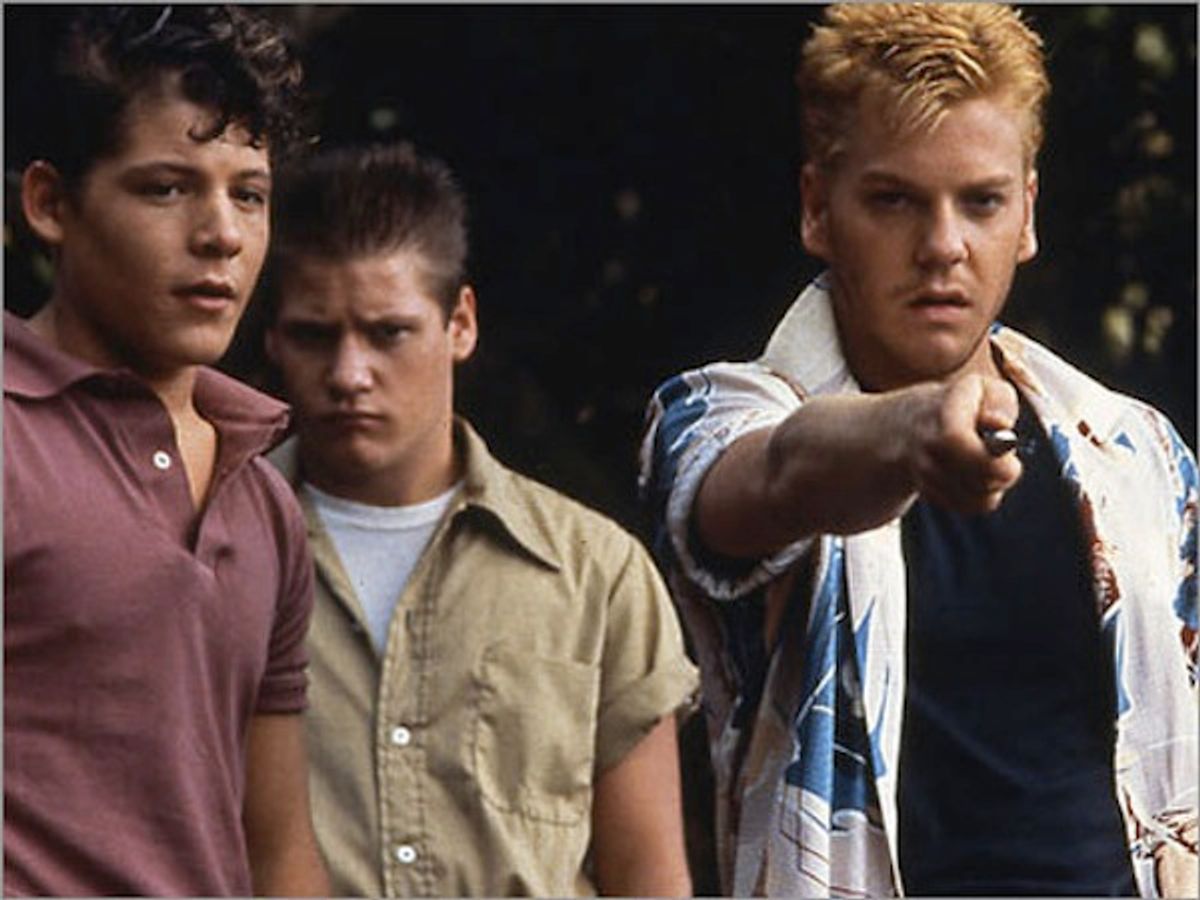 Revenge on bullies: great in movies, less so in real life.
--

Who hasn't had a fantasy of getting back at the jerk who tormented them in high school? Especially right now, when campaigns like "It Gets Better" and anti-cyberbullying groups are suddenly shedding light on what before had just been considered a part of a formative growing experience? But lately we're seeing more and more viral videos popping up of victims "beating up" the mean kids, raising the question: Who is really doing the bullying here?

This was the subject of debate two weeks ago, when Australian teen Casey Heynes made international news for a YouTube video in which he fought back and defeated a schoolyard bully named Richard Gale. It was clear from the video that Richard had provoked the attack by hitting and taunting Casey, although it was also clear that Casey was much larger (and older) than the boy he ended up punching repeatedly bodyslamming. Both Richard and Casey got their 15 minutes of fame from TV interviews, leading to another video posted two days ago: "Bully Beatdown in the Locker Room," which is even more graphic than its predecessor and is already trending on sites like Buzzfeed.

Taping school fights isn't a new occurrence, but the viral element certainly has to do with the popularity of the Australian event. It both raises questions of validity (how do we know these fights aren't being staged to get the stars their own TV interviews?) and of what message we're sending kids by passing around these revenge fantasies. Yes, we want to see bullies get a taste of their own medicine. But unlike movies or TV shows, there's no context to who is the "good guy" and who is the bad one. In real life, there is rarely such a clear delineation.

And even if there were, what are we telling kids with these videos? That violence is OK, as long as the kid had it coming to him? The message of "It Gets Better" isn't to turn around and beat the crap out of the homophobic kids in your class. When Barack Obama addressed the campaign in October, he said:

We've got to dispel this myth that bullying is just a normal rite of passage; that it's just some inevitable part of growing up. It's not.

We have an obligation to ensure that our schools are safe for all of our kids. And for every young person out there you need to know that if you're in trouble, there are caring adults who can help.

See, the thing about that school safety line is that it doesn't just apply to the victims. Every kid has a right to be safe, even if he is a little punk. What we should be showing kids isn't how awesome it is to beat down the guys harassing you, or how you get rewarded with Internet fame for doing so. Those kids from Columbine were harassed victims of bullies, and yet their reaction of violence turned them into monsters.

Yes, it's a sweet moment to see a jerk get punched in the face. But, ultimately, one that turns the victim into the bully, and continues the cycle of violence that schools are trying to stop, not reward.