Casey Abrams thanks "American Idol" judges with "Your Song" 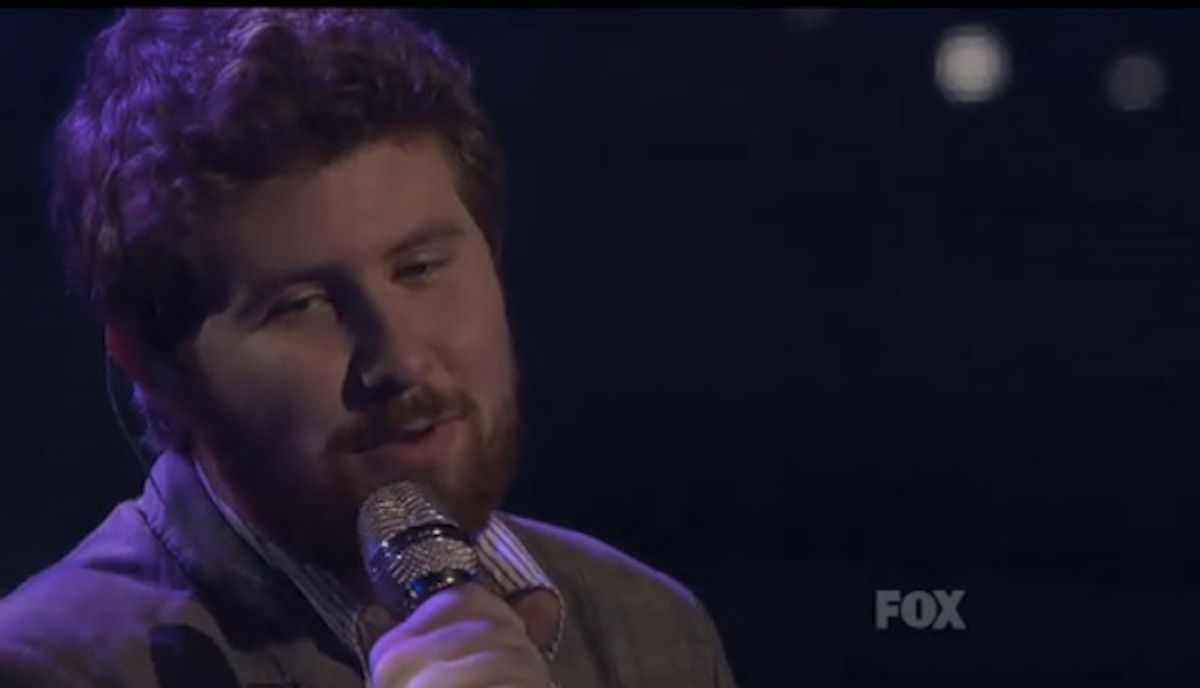 I've been rooting for Casey Abrams on this season "American Idol"ever since he auditioned for Randy Jackson. He was saved from elimination last week, putting the unconventional-looking star in the Top 11 round. And look, when I say "unconventional," I don't mean that he's a little put off-putting, like he's freakish or anything. I mean that Casey literally does not look like someone who would be getting a major record deal: with his reddish facial hair, his slightly overweight body, and his total jazz hipster vibe, he isn't exactly the obvious choice to take over for guitar-riffing Lee DeWyze. (Though they could be confused for two very dissimilar brothers).

Casey is soft, and gentle, and kind of snuggly. I want to be friends with Casey Abrams, but then again I've been wrong before (I also wanted to be friends with Crystal Bowersox). And last night, as his way of saying thank you to the judges for granting him a reprieve last week, he sang them Elton John's "Your Song," a tune I will forever associate with "Moulin Rouge."

Casey might not be a rock star, but he's got the keys to my heart. And you know what? If Michael Bublé can get himself an album, this guy should have no problem.