Thanks, Donald: Herman Cain is a birther now

As the only candidate who gets press attention goes, so goes the rest of the field 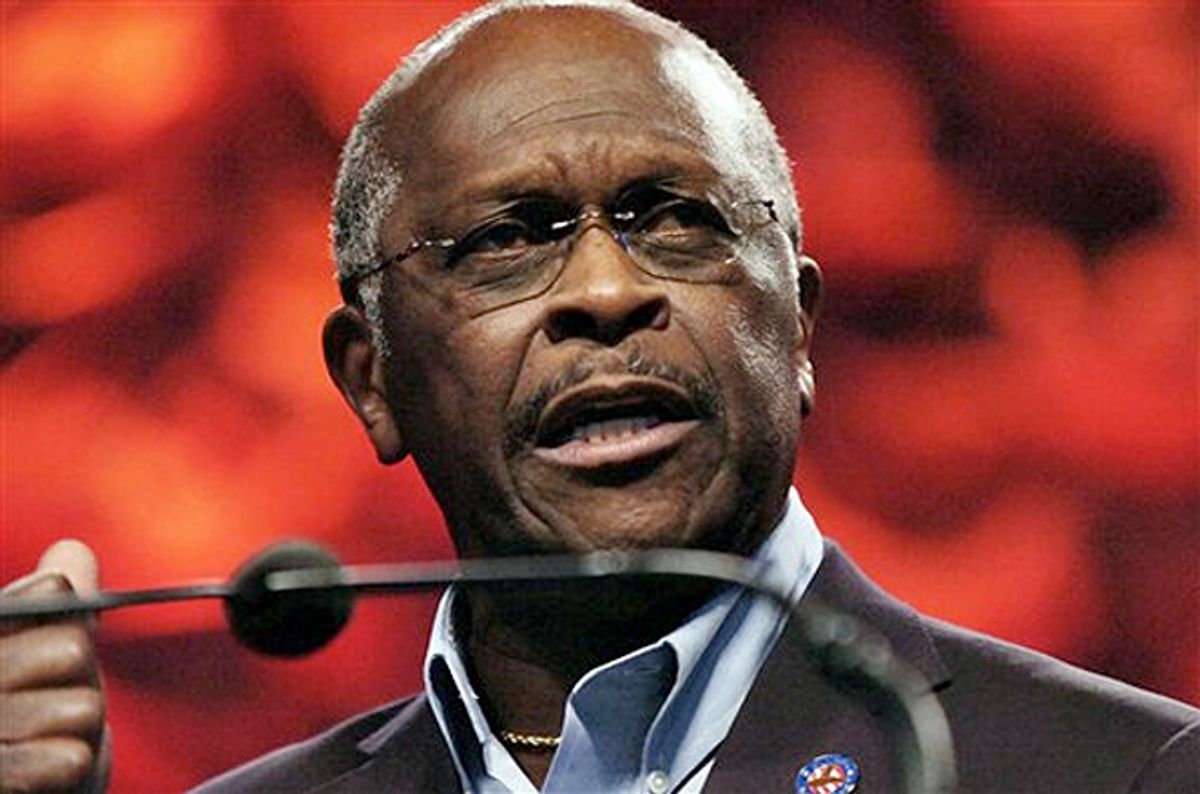 Herman Cain, former pizza magnate and current gag candidate for president, doesn't seem to understand that the reason Donald Trump's sudden ardent birtherism attracted so much attention was mostly because it involved television star and longtime celebrity Donald Trump, and not "the guy who used to run a pizza chain that was less popular than Little Caesar's." So Cain's going birther, too.

In an interview with a conservative Florida blog, Cain said Trump wasn't "off base," and added that although Cain himself had not given the matter much thought, he decided Obama should "prove he was born in the United States."

(The president has proved that, already. But Cain hasn't "studied enough to have a view one way or the other" on the matter of reality versus feverish make-believe, so who can blame him?)

This is a great development. The more press Trump gets, the more other candidates -- be they fringe or supposedly mainstream -- will attempt to wrest control of the media's precious attention. The easily distracted political press will only focus on the famous or the crazy, so to become the former you must sound like the latter. By May, Rick Santorum will be asking how we can be sure the president isn't a lizard person.

Having already more or less ruled out birtherism, lord only knows what media-starved Tim Pawlenty will say. Something ridiculous about "fiat currency," maybe. (Hah, j/k, even he is too smart for that kind of weirdo nonsense, right?)

I am disappointed we'll have to wait so long for the first nationally televised debate with these guys, because while the MSM moderators will be trying to goad them into saying something nutty, the candidates will all be competing to out-nut each other.