Senator Debbie Stabenow joins the cripple-the-EPA crowd. Got to keep those tailpipes polluting! 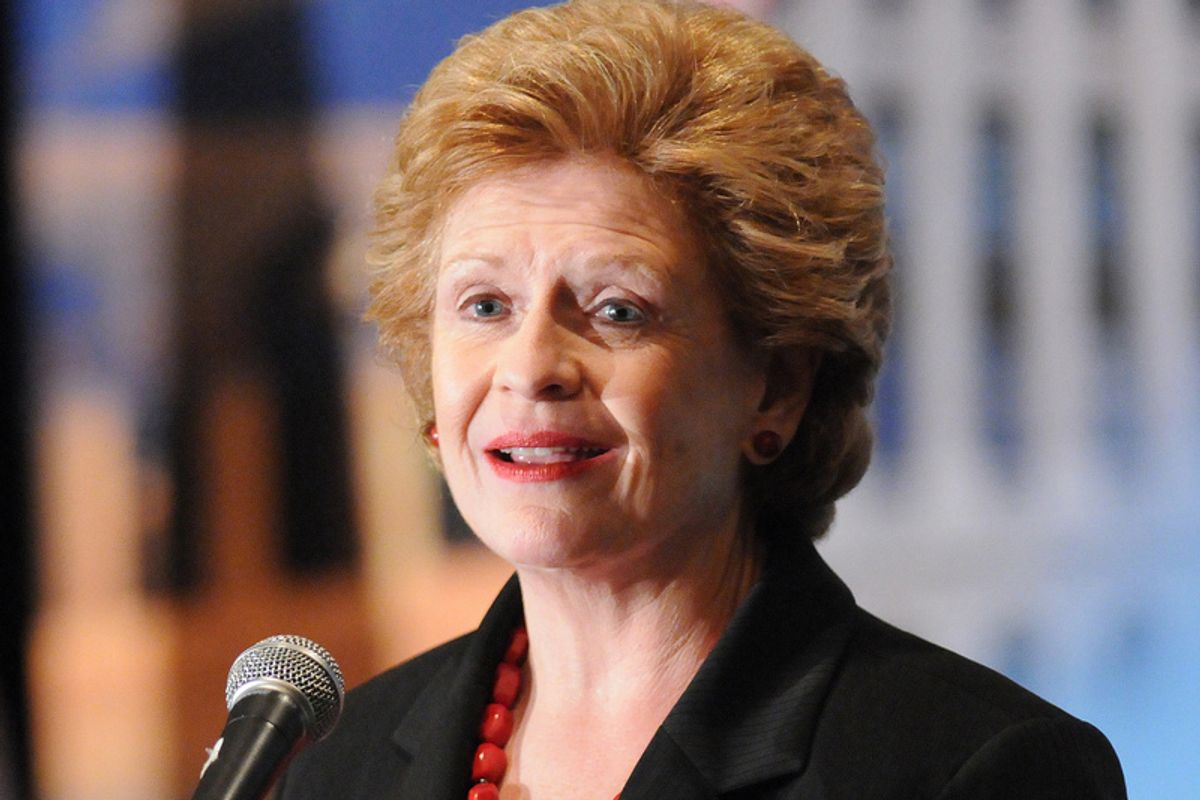 Brad Johnson has a useful update on the various EPA-crippling Senate amendments under consideration this week. Environmentalists have a right to be nervous -- more than a handful of Senate Democrats are already on record supporting efforts to stop the EPA from enforcing limits on greenhouse gas emissions, which strongly suggests that it won't be too hard for Republicans to get 60 votes in favor of gutting the EPA. (The Senate was supposed to vote on the amendments on Thursday, but a squabble with Sen. Coburn, R-Okla. has gummed up the works.)

One of the Democrats in question is Michigan's Debbie Stabenow, who proposed an amendment on Thursday with four parts.

Oddly, Johnson's post, hosted at Grist, received the title "Sen. Debbie Stabenow jumps on the climate-denial train" but when cross-posted at Climate Progess got changed to"Sen. Stabenow joins the climate action delayers." I think the latter description is likely more accurate -- Stabenow is on record as declaring that climate change is real, and I haven't seen her renege on that.

What she is doing, plain and simple, is representing the economic interests of her state, Michigan. The attempt to deny California the right to any future waivers for tailpipe greenhouse gas emissions tells us all we need to know on that front.

As explained here, California has long benefited from a special provision of the Clean Air Act that allowed the state to exceed federal requirements on car pollution -- as in, make them stricter. The theory was that California, as one judge ruled four years ago, "having established itself as having both particular needs with regard to air quality regulation and particular expertise in developing regulations to address its needs, should be empowered to develop alternative and more protective regulations for the control of air pollutants."

Until the administration of George W. Bush, every time California applied for such a waiver, it received one. But Bush's EPA denied California's application for a waiver that would allow the state to restrict tailpipe greenhouse gas emissions, setting off a long legal fight. One of the first things President Obama did after taking office was ask that his EPA revisit the waiver issue, which it did, in California's favor.

But even though the auto industry has lost at almost every step of the way, the legal fighting is still not over. Now, unsatisfied with years of court decisions supporting California's position, the auto industry, with Stabenow and a handful of other Democratic senators providing cover, are doing their best to make sure that California never again gets the opportunity to lead the way on environmental protection -- at least, insofar as it affects the American car industry.

The Obama administration is denying a Wednesday AP report that suggested that the White House was ready to accept policy riders straitjacketing the EPA for the purpose of getting a budget deal done, but we're going to find out pretty soon if Obama's heart is in it. If the Senate cobbles together 60 votes on a bill that prevents California from getting future Clean Air Act waivers, and Obama doesn't veto it, then, yes, he has given up on doing anything significant about global warming.