Donate your monocles to the "Real World" senator 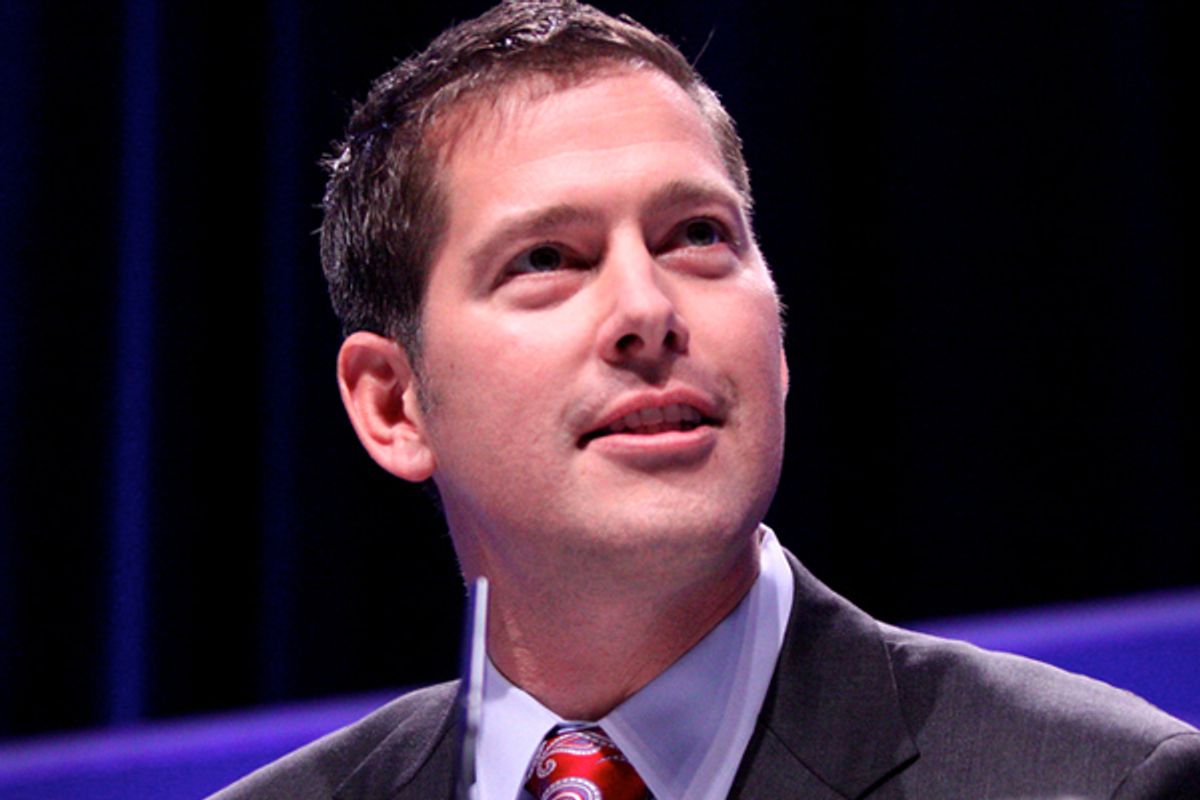 The list of terrible, terrible things that have come out of "The Real World" is almost too long to mention. Puck. Trishelle. The death of music on MTV. And then there's Sean Duffy. The freshman Republican congressman from Wisconsin, veteran of the spectacularly boring Boston season and husband of conservative pill and San Francisco season alum Rachel Campos, may have thought he was making a helpful "I feel your pain" statement last month when he was confronted at a town meeting by a local man who said his building business had dried up and his schoolteacher wife was getting a pay cut under the state's new budget plan.

"I have six children and I’ve gone for roughly seven months with six kids and no paycheck," Duffy replied, referring not to unemployment but to the time he took off to mount his political campaign. But when he added that he did not approve his own comfortable salary, the speaker countered, "But $174,000 -- that’s three of my family’s -- three times what I make." That's when Duffy went into spin mode, noting, "I can guarantee you, or most of you -- I guarantee that I have more debt than all of you. With six kids. I still pay off my student loans. I still pay my mortgage. I generally use a minivan … I’ve got one paycheck. So I struggle to meet my bills right now. Would it be easier for me if I get more paychecks? Maybe, but at this point I’m not living high on the hog. Can everyone do more with less? Absolutely."

A family of eight with a mortgage and outstanding student loans that's bringing in $174,000 a year is not exactly living "high on the hog," it's true. But compared to what people making one third or less are getting by on, it doesn't qualify as struggling, either. And really, hasn't Wisconsin suffered enough without this tool adding insult to injury?

Now sympathetic local Democrats have decided the beleaguered fellow deserves a bailout. They're calling for a Food and Clothes Drive for "poor Sean Duffy," asking Polk County residents to contribute "top hats and monocles, riding crops, Italian automobiles, and disposable iPads," among other items. The Wausau Daily Herald quotes Democratic Party Chairman Mike Tate, "We’re trying to make a point with this satire, but at the end of the day, it's no laughing matter that Sean Duffy is advocating an agenda on behalf of his oil tycoon Koch Brothers patrons at the same time he is so screamingly out-of-touch with the north woods working families he is supposed to represent." The drive is set for Friday -- just in time for April Fool's. And in 15 years, when Sen. Snooki is cutting your pension benefits, blame it on MTV.