What explains the Mississippi governor's renewed interest in building a civil rights museum? 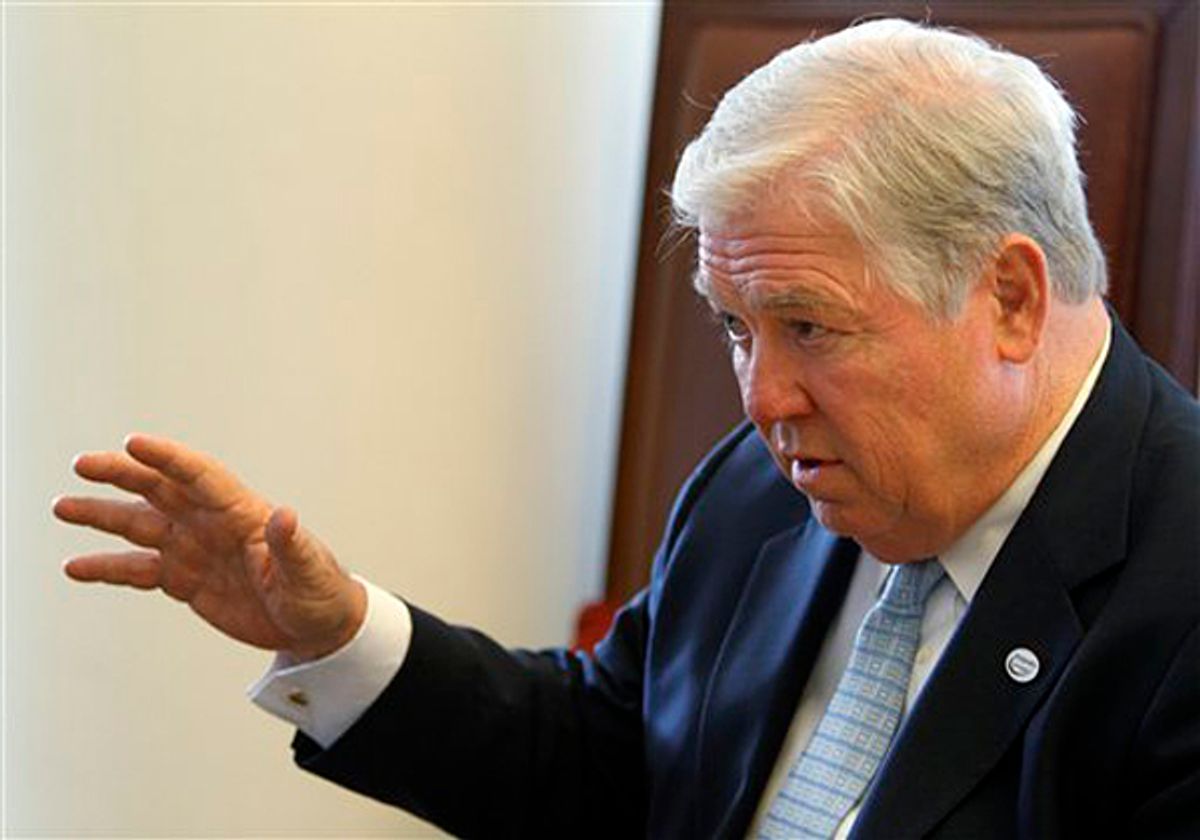 Mississippi Gov. Haley Barbour talks with a reporter in the lobby of the Hyatt after speaking to a group of coal operators in Lexington, Ky., on Thursday, Feb. 17, 2011. (AP Photo/ James Crisp) (James Crisp)
--

The Mississippi NAACP is calling Gov. Haley Barbour's renewed interest in building a civil rights museum in the state a political maneuver designed to rehabilitate his reputation on racial issues.

"This is a media attention-grabber to launch his presidential race," NAACP President Derrick Johnson tells Salon.

Barbour signed an executive order in 2006 to create a commission to study where and how to build a museum that would tell the story of the civil rights movement in Mississippi, where African-Americans make up nearly 40 percent of the population. But the plan has been delayed several times, for reasons that are still disputed.

On Thursday, Barbour made a high-profile announcement that he would call a special session for the legislature to consider funding for the project. A Politico story about the announcement claimed that "Barbour has been pushing for the proposed museum since 2006 with an executive order calling for it to be built."

But Johnson argues the reason for the multi-year delay was a lack of political will in Barbour's administration. After the commission selected the campus of Tougaloo College, a historically black institution, as a site for the museum in March 2008, nothing happened for three years.

"It was not a priority for the administration," Johnson says. "There was no effort to support it; there was no seeking funding from the legislature." If not for the political exigencies created by a series of race-related controversies that have dogged Barbour, "we think [the museum project] would have fallen by the wayside," he adds.

Barbour press secretary Laura Hipp disputes Johnson's view. "The project stalled because there was a disagreement over the location, whether it should be at Tougaloo College or downtown Jackson," she says. Barbour announced in January that he supports building the museum in Jackson instead of at Tougaloo.

But previous media reports have put at least some of the blame for the delays on Barbour. The Clarion-Ledger reported in August 2009 that Barbour had still not appointed a board of directors to oversee fundraising for the museum, even though 18 months had gone by since the commission settled on the Tougaloo site. (See story "Snags delay civil rights museum" via Nexis.)

And the AP reported in December -- right before Barbour renewed his push for the project -- on the fact that the museum project was still stalled.

Organizers have said fund-raising dried up because of the recession. [Democratic State Senator Hillman] Frazier said Barbour was to appoint a board to advance the project, but never did.

The governor still supports the project, but "it's going through a number of trials and tribulations,'' said Barbour spokesman Dan Turner.

"There was a split on the committee in choosing the site. Not having that unity behind it helped it lose momentum," he said. "Charitable donations are down across the board. Raising money at this time is really difficult."

Now, Barbour appears to be seeking state funding rather than relying on private donations.

I asked Hipp, Barbour's spokeswoman, why the governor had decided to make his renewed push this year.

"He was letting the process work itself out, and letting the commission work through the process," she said. "When it looked like museum was stalling, he stepped in."