The other side of segregation

Working with the Census in Chicago, I saw the hope in a city divided along racial lines: The opportunity to blend 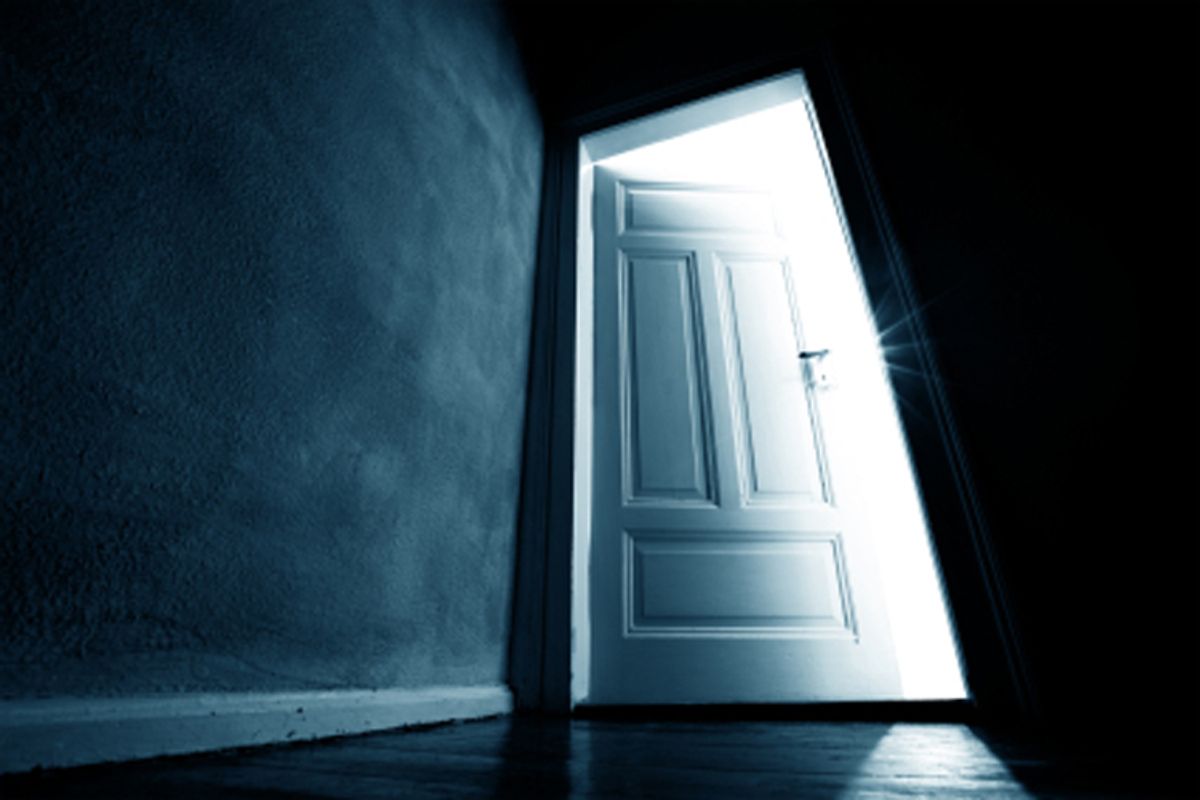 The old Pole lived in a one-room basement apartment. A water pipe ran below the ceiling, and a black-and-white TV played on a table beside the twin bed. Although he spoke no English, he recognized the emblem on my black satchel: United States Census Bureau. Inviting me inside, he set a State ID next to his dinner plate, so I could write down his name and age.

When Jose and Mariusz's five-story apartment was built in 1923, the proud developers gave it a Knickerbocker name: the Van Dorn. Now, the Van Dorn was a hive of tiny studios that overheated whenever the oven was dialed to 425. All day, I hauled my satchel up and down the stairwells, deepening the grooves in the steps. My job was to visit every address that hadn't mailed back a census form, which was most of them.

On the first floor, I met a South African, a Native American and a woman from Mexico. The Census Bureau didn't ask about citizenship, but it asked for ethnicity, and most people identified themselves by their home countries. In a single building, I found eight nationalities, and every shading of humanity from John O'Groats to the Equator. This week, the Census Bureau ranked Chicago the third most segregated metropolitan area in the U.S., but working the Rogers Park neighborhood, in the upper-right hand corner of the city, I went around the world.

Chicago's famed racial segregation goes back nearly a century. When blacks arrived here from Mississippi and Alabama to build weapons for the World War I doughboys, they were forced to live in a narrow strip of land known as the Black Belt. The ghetto finally burst open in the 1950s and '60s, consuming most of the South and West sides, despite Mayor Richard J. Daley's efforts to hold back the tide by crowding blacks into housing projects and walling off their neighborhoods with highways. The city is roughly a third white, a third black and a third Hispanic, but most Chicagoans live in neighborhoods no more diverse than Ireland, Nigeria or Mexico. In some places, you can drive under a viaduct and see the world turn a different color. Chicago's greatest monument to segregation is a 12-foot-tall berm that carries the Burlington Northern Railroad through the Southwest Side. It separates Lawndale, a once-Jewish neighborhood that "turned" in the 1950s, from Little Village, an old Eastern European neighborhood that is now Hispanic. The Poles and Ukrainians established the tracks as a racial barrier, especially after Lawndale went up in flames following Martin Luther King Jr.'s assassination. The custom has persisted with the new residents: South of the tracks, it's 97 percent Hispanic; on the other side of the tracks, it's 89 percent black.

In other places, the segregation is less obvious. In a two-mile stretch between the North Side and the West Side, the average household income drops $100,000. But no whites ever travel those two miles, except to buy heroin.

Chicago's index of dissimilarity -- the percentage of the population that would have to move in order to achieve perfect integration -- is 75.2. The most segregated cities are all in the industrial North, which have similar histories of black migration. The racial attitudes and immigrant fears of the 20th century made it impossible for Chicago to grow up as an integrated city. Given the times, segregation wasn't even all bad: Inside the Black Belt, African-Americans elected their own congressman before any other community in the country. That led to black senators, and a black president. And Daley's strict racial boundaries prevented whites from abandoning the city entirely, as they did in Detroit.

But here's the other side of segregation: It provides the population to create integrated neighborhoods, which doesn't exist in Bozeman, Mont., or Burlington, Vt., or other monochromatic cities that didn't make that Top 10 list. The tag "segregated city" is misleading because within those cities are streets where whites, blacks, Hispanics and Asians mix as nowhere else in the world. In this century, integration is not only possible, it's inevitable, and it's happening most dramatically in the cities with the longest history of segregation. The traditional ethnic enclaves may just be necessary way stations toward the multi-ethnic community where I knocked on doors last spring.

I'd always wanted to be a census enumerator. I had a friend who did it in 1990, and it sounded like my kind of job. You set your own hours. You didn't have a boss watching all day. You got a badge that allowed you to peek inside strangers' apartments. Plus, your work became part of American history. Enumerators worked their own neighborhoods. I knew, just from living here 13 years, that Rogers Park was like the Epcot Center with more authentic West Indian restaurants. But now I was part of a crew collecting the numbers. As many as we could get. Outside a building with yellow grass and empty Cheetos bags in the courtyard, I was blocked by a gate with a broken intercom. This was on a low-income street known colloquially as the Juneway Jungle or, even more colloquially, "The Jungle." I called the management company number bolted to the brick wall.

"This is the Census Bureau. I need someone to let me in your building."

"We don't have time to send anyone over," an irritated woman with a European accent said. "Why don't you just mail people a form?"

"We did that. We're trying to find the people who didn't send their forms back."

"WELL, HAS IT OCCURRED TO YOU THEY MIGHT NOT WANT TO PARTICIPATE?" she snapped.

"Ma'am," I said, "this is the Census. We have to count everyone. It's in the Constitution."

I envied rural and suburban enumerators, who didn't have to talk their way into high-rises. They also didn't look out of place wearing a tie. ("This ain't a good day to be sellin' insurance!" someone had shouted, as I walked to my addresses. I flipped my satchel to show I was "the census man.") Three minutes later, I followed a tenant into the courtyard. It was the government's good fortune that the locks on the exterior doors were broken, too, so I could pester everyone in the building right on their doorsteps. That beat an intercom. It's easy to get information out of people when you wave a federal ID in their faces. As a young newspaper reporter, I'd developed the abrasive nosiness required to interview a murder victim's mother. Now, I was using that skill for a noble purpose: preventing Texas from stealing more Midwestern congressional seats.

Census Tract 101, Chicago, Ill., came in with a population of 4,854 -- 49 percent black, 31 percent white, 13 percent Hispanic and 3 percent multiracial. My census tract was not even the most integrated corner of Rogers Park. That would be Tract 205, which is a ridiculously balanced 26 percent white, 19 percent black, 25 percent Hispanic and 27 percent Asian. It's bordered by the Indo-Pak-Jewish strip of Devon Avenue, where a billboard for Taco Bell shrimp tacos rises across the street from Tel Aviv Kosher Bakery. Which is near Casey's Corner tavern. Which is near a halal meat market that reeks of urine voided by terrified chickens and rabbits.

Devon Avenue is the most all-American street I know, but it certainly doesn't look like all of America, or all of Chicago. So how did it happen?

One of the elders at my Presbyterian Church has been a member for 49 years, since Rogers Park was 99 percent white.

"When I joined, we had 500 members," she told me last Sunday. "They were mostly Anglo-Saxon, upper-middle income. But over the years, the neighborhood changed."

Rogers Park was always an immigrant neighborhood, but in the first half of the 20th century, most immigrants came from Europe. In the 1960s and '70s, Rogers Park was colonized by newcomers from Eastern Europe, Mexico, the Caribbean and South Asia, as well as hippies and lower-class blacks, all looking for cheap apartments. They crowded into buildings like the Van Dorn, as the old-line WASPs, Germans, Luxembourgers and Jews moved to the suburbs. A series of geographic and demographic quirks has preserved Rogers Park's diversity. It's one of the few Chicago neighborhoods with lakefront property, and white people love to live near the water.

My landlord, who devoted his life to sailing, bought a building overlooking Lake Michigan in 1962, when Rogers Park was in its all-white prime. He installed a telescope in the living room, so he could watch sailboats and ore freighters, and never thought of moving.

"I look out at that lake every day," he once said to me. "It gets into your spirit."

There's also a colony of Orthodox Jews, who stay in the city so they can walk to shul.

But Rogers Park is a long, wearying train ride from downtown, which means the inland blocks remain affordable to everyone, even as the rest of the North Side has gentrified. (I washed up here after a more centrally located residence was converted to "luxury apartments.")

Our street, which is part of the same census tract as the Van Dorn and the Juneway Jungle, is mostly white. So even where there's integration, there's segregation. But our street is also the home of a world-famous African-American athlete whose name you would recognize, if I could reveal it without breaking my census-taker's oath. And the couple living downstairs from me is interracial. So even where there's segregation, there's integration.

In most parts of town, Chicago deserves its reputation as the third-most segregated city in America. But in some places, it's more complicated.