Lemon icebox pie: A gift from the fates

I didn't deserve it, but the universe saw fit to send me this recipe for smooth, cold, lemony, creamy goodness 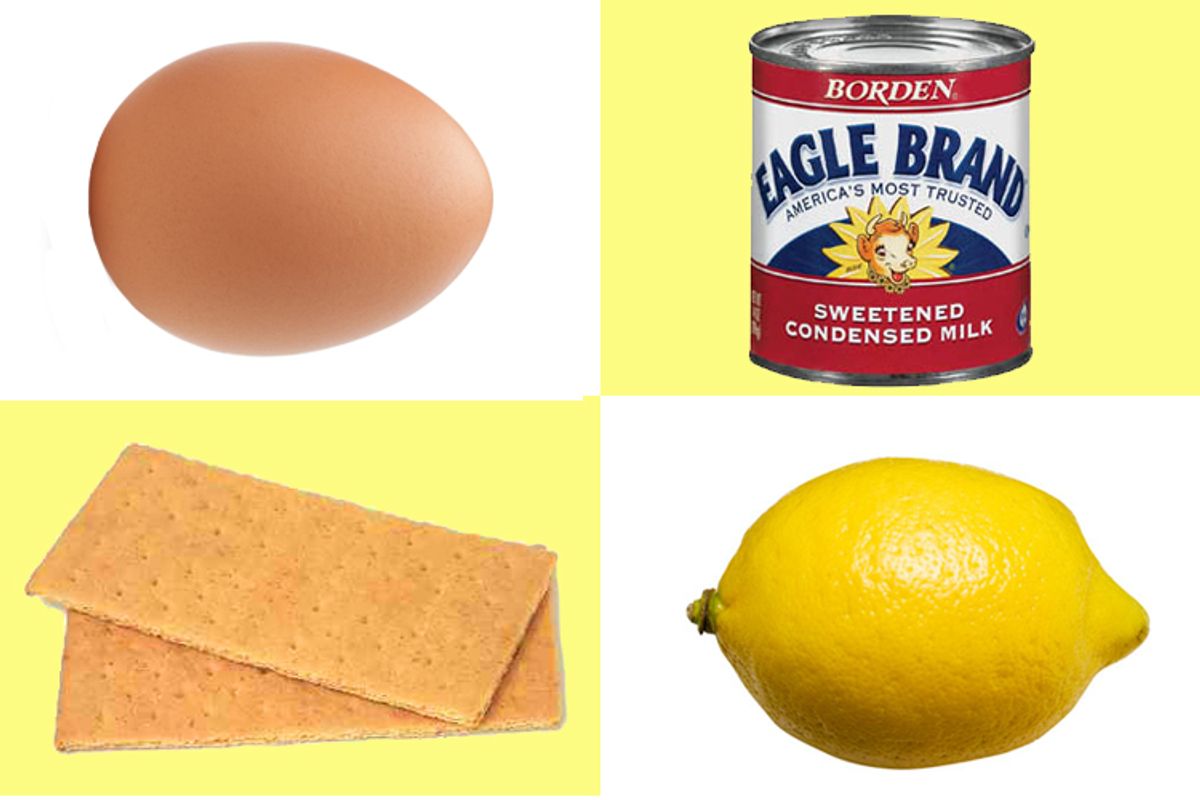 There are some recipes you work for, that you earn -- the ones you butter up a neighbor for, that you learn while getting hammered on the line at a restaurant. There are ones that are your cultural inheritance, and the ones that come through your bloodlines (which, depending on your family, might also mean that you suffered enough to deserve them). And then there are the ones that come to you like sweet destiny, like a flower borne in air, like a sudden, raunchy late-night call from someone you thought you'd never get to make out with again. You didn't work for it, you might not even deserve it, but here it is and there you are.

Martha Foose's Lemon Icebox Pie is that recipe for me.

Some time in 2008, when I was at the height of my Mississippi powers, living part-time on the Gulf coast and chatting up cooks and shrimpers and such, a group organizing a conference panel on culinary tourism asked me to come speak. Flattered and hubristic, I said yes. And only then did I proceed to ask myself, "What the hell do I know about promoting culinary tourism?"

The answer, of course, was, "Not a whole hell of a lot." So I talked about it with my friend Google, jotted down some notes about magazine advertising rates or something, and showed up confident I could avoid sounding like I was just there for the free drinks at the reception.

I took my place at the panel, flashed a flirty smile at the (very beautiful, it turns out) woman who invited me, and heard the introductions of the other speakers. One was a culinary tourism promoter who'd been in the game for roughly three quarters of my life. The next was a woman who'd basically invented the term culinary tourism, who could tell you the name of every person to visit the great states of Louisiana, Mississippi, Arkansas, Florida and Montana from the years 1984-2007. And then there was me. With my notes. From a 20-minute round of Googling.

The rest is a little too painful to go over, but suffice it to say that I learned a few very important lessons that day:

Anyway, my time finally ground to an end, and I booked it out of that conference like my house was on fire.

On my way out, though, one of the organizers caught sight of me and, bless her heart, made sure I took home one of the thank-you gift bags. I wanted to protest. I wanted to give it back. I didn't deserve it. I got home and opened it up, full of all manner of shameful reminders of my humiliation. I wanted to put them all out of my sight -- the tumblers, the cooler bags, the aprons. But then I pulled out "Screen Doors and Sweet Tea," Martha Foose's cookbook.

A proud daughter of Mississippi, Martha left for a spell to train with some of the most renowned pastry chefs in France, and then returned home to cook, bake and teach up in the Mississippi Delta. I knew her from a random, wild-eyed moment years earlier, when I ran up to her after having a taste of her signature Sweet Tea Lemon Chess Pie, a pastry that will forever change the way you think about Mississippi, France, iced tea, pies, unicorns and ligers. I don't even remember our conversation, but that there was some wary smiling and the word fraisage floated in the air (which is French for "smearing the crust dough in little circles and then stacking them all back on one another so it's ridiculously flaky"), and I walked away hoping that I didn't scare her too badly.

So then, in the comfort and social-awkwardness safety of my home, I opened the book to smashing success. The first page I opened to was banana pudding, which is as good a sign as there is in cookbooking. Four pages later, and I was in the promised land -- "Lemon Icebox Pie: The Wonder of Sweetened Condensed Milk."

I am a great lover of lemons, any food that includes the word "icebox," and most of all, of the gooey ambrosia that is sweetened condensed milk. My feelings of shame and embarrassment gave way. I fired up the oven. I ground up graham crackers to make crumbs. And soon, spoon deep in its tart, creamy goodness, I started to thank fate for sending this recipe my way.

From "Screen Doors and Sweet Tea." Used with permission, except for the stupid commentary, which is my own.