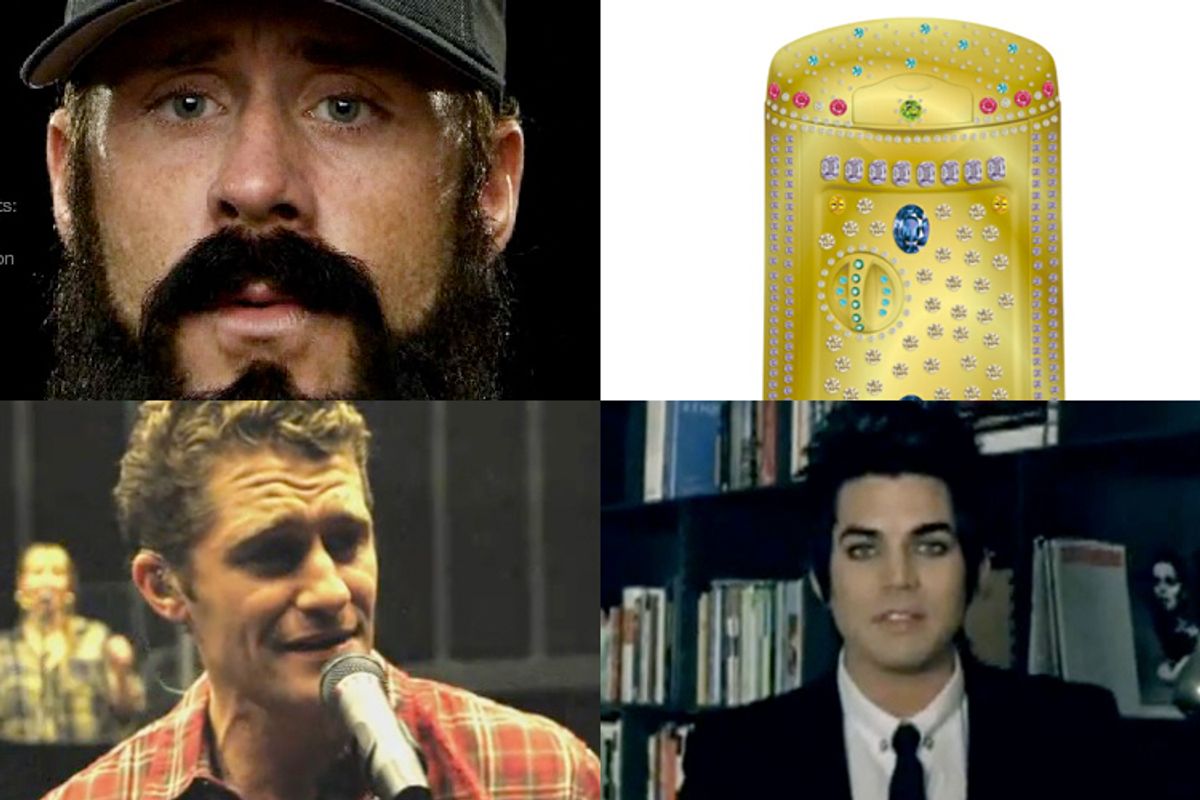 Beards, buckets, boys and bad music: All this week!
--

It's been an odd week, and ending it on April Fools' Day was like finishing off a strange meal with a dose of LSD. But while we tried to cover some of the biggest stories in pop culture, others managed to slip through the cracks, not because they weren't interesting, but because ... well ... we honestly don't know how to feel about them. Some are a "Great! But ..." kind of thing, others are simply too weird to have an opinion on, and then there are those news items that exist merely to give us some schadenfreudian goose bumps. So enjoy your weekly roundup of Pop Torn, and I'll see you next (terrible, amazing) week.

1. Stephen King and John Mellencamp are making a musical: It's called "Ghost Brothers of Darkland County" and it's based on the death of two brothers and a young girl. Suddenly, the lyrics of "Jack & Diane" seem way more ominous.

2. Adam Lambert and Lindsay Lohan getting ridiculously wasted in public: Nothing new here, except that Lady Gaga officially doesn't like one gay person, and Lindsay's really terrible at pretending to be sober.

3. Bryan Cranston as the new villain in the remake of "Total Recall": Awesome, so awesome. Except I'm having a hard time remembering who the bad guy in "Total Recall" was, because I'm just picturing that baby coming out of that dude's stomach and going "Staaaart the reactooooor." But that was a good guy, right?

Oh jeez, so Morrison is basically a real-life Mr. Schue?

5. A million-dollar diaper bucket for Kate Middleton and Prince William: Um, that's so thoughtful? And totally necessary? Why aren't people more outraged about this?

6. Major League Baseball's answer to the Old Spice Guy: is Brian Wilson's beard? OK, we'll touch it. But not because he told us to!

7. Judge Judy gets sick during show: Luckily she's OK, but in the meantime the person handling her fake Twitter account brought some silver lining to this whole debacle.

8. The musical episode of "Grey's Anatomy": Like "Glee," but with a lot more divas. Or, actually, a lot like that scene in "Magnolia" where everyone sings along to Aimee Mann, except worse. Or like "Rent," if "Rent" was in a hospital. Or ...

9. Snooki gets $32K to speak at Rutgers campus on Thursday: Toni Morrison was offered two grand less. Then again, I always thought "Beloved" could use more GTL.

10. Internet loses its mind over video of babies talking nonsense to each other:

Oh my god, they're just like little people and everything!