"The Governator": Arnold's fantasies in a franchise 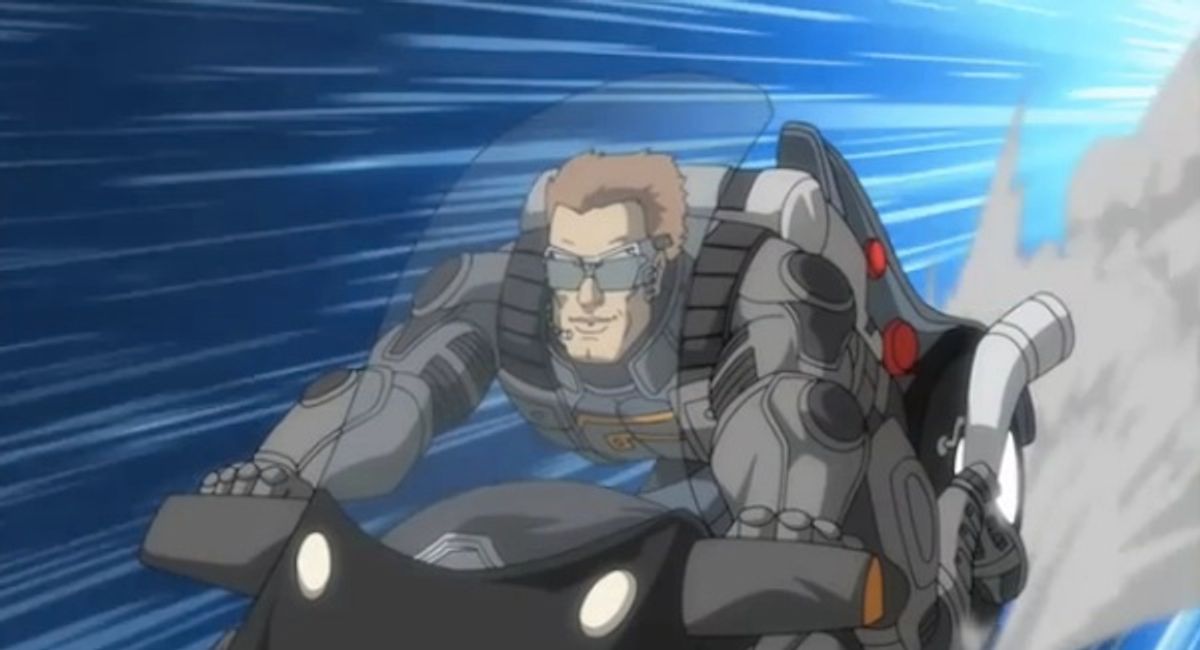 Now that Arnold Schwarzenegger is no longer tasked with the difficult job of dealing with all of California's debt, natural disasters, and speaking engagements, he is returning to his first passion: entertainment. Today in Cannes, Arnold announced that his new action franchise will include comic books, an animated series, "Internet programming" (?), and a 3D movie.  Oh yeah, and his new persona will be "The Governator," which is what people called him when he was actually governor, except now he has laser beam vision and never receives low polling numbers.

Actually, from the trailer it looks like "The Governator" is a pretty misleading title. Shouldn't he be "The Retired Governator?" Oh well, lets not get caught up on specifics. More importantly, what are his superpowers?

Producers of the show, which is to debut next year at locations still being determined, have cobbled together a comic-strip action extravaganza with laser-beam eyes, remote-controlled motorcycles and magic chewing-gum bubbles that change faces for incognito sleuthing. It also has what Schwarzenegger called "speaker spray," which temporarily allows its recipient to converse in foreign languages — among much more gee-whiz gadgetry and imagination.

Arnold's been working closely with Stan Lee for this series, the name of which is only slightly ironic because of how happy Arnold seems to be to finally not be in public office:

"When you are a governor, you deal with keeping the beaches clean, making sure there's enough funding for the after-school programs and the lunch programs for the kids, and all of those kinds of things," he said at the presentation. "As an action hero, you just have to save the world — that's it."

Arnold also mentioned (in case anyone was confused) that this series takes place in a "a fantasy world where the governor has extra powers." Wait, does he mean the ex-governor? Because even in this fantasy world, he is no longer governor. And does he have super powers, or does he just have a Bruce Wayne-ish amount of cash and tech toys? Because there is a difference between Peter Parker and Tony Stark, although if you can't figure out what your secret identity's day job is supposed to be, I guess we can save those bigger questions for later.

I have to wonder though, whose fantasy world does "The Governator" reside in? All those kids who want to grow up and work in public office? Or Arnold himself, for whom this enterprise would be more than just a personal project, but a chance to rewrite political history so that he could once again be the hero?

The problem is, action heroes don't actually save the world, Arnold, unless we're doing some sort of "Last Action Hero" scenario where they (you) can come out from the other side of the movie screen and have your character enter reality. Otherwise, you're just pretending to do good, and making buckets of money for it. Doesn't it sort of undermine our own political system to have a former governor talk like this?

"It's kind of like, when you see that you could have fought certain crimes but the system didn't allow you, or there were too many people that had to be asked for permission, by that time, the criminals were gone or the disaster that could have been prevented from happening."

Sure kids, you should all go out and do vigilante justice, because the ex-governor told you that's way more fun/rewarding than dealing with the Citizens for Responsibility and Ethics in Washington. I guess the heart of "The Governator" is in the right place, to get kids to think it's "cool" to be a hero like Governor Arnold, but what would have been even cooler? If he could have shown that by example, instead of some fictionalized version of his old job where good guys are super, bad guys are evil, and no one ever talks about the difficult choice in what public program to cut due to the fiscal crisis.