Why we must raise taxes on the rich

For 70 years, the wealthy have grown wealthier -- but the burden on the middle class keeps worsening 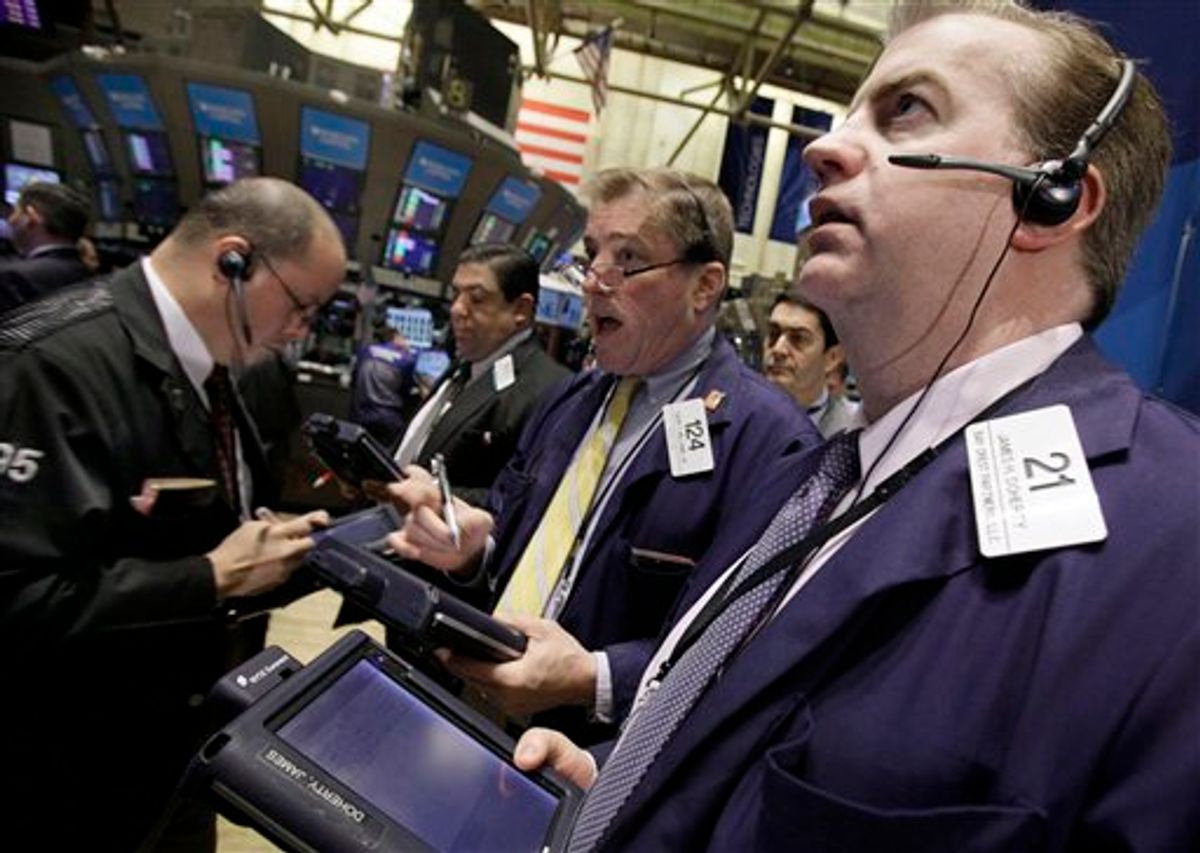 It's tax time. It's also a time when right-wing Republicans are setting the agenda for massive spending cuts that will hurt most Americans.

Here's the truth: The only way America can reduce the long-term budget deficit, maintain vital services, protect Social Security and Medicare, invest more in education and infrastructure, and not raise taxes on the working middle class is by raising taxes on the super rich.

Even if we got rid of corporate welfare subsidies for big oil, big agriculture, and big Pharma -- even if we cut back on our bloated defense budget -- it wouldn't be nearly enough.

The vast majority of Americans can't afford to pay more. Despite an economy that's twice as large as it was thirty years ago, the bottom 90 percent are still stuck in the mud. If they're employed they're earning on average only about $280 more a year than thirty years ago, adjusted for inflation. That's less than a 1 percent gain over more than a third of a century. (Families are doing somewhat better but that's only because so many families now have to rely on two incomes.)

Yet even as their share of the nation's total income has withered, the tax burden on the middle has grown. Today's working and middle-class taxpayers are shelling out a bigger chunk of income in payroll taxes, sales taxes, and property taxes than thirty years ago.

It's just the opposite for super rich.

The top 1 percent's share of national income has doubled over the past three decades (from 10 percent in 1981 to well over 20 percent now). The richest one-tenth of 1 percent's share has tripled. And they're doing better than ever. According to a new analysis by the Wall Street Journal, total compensation and benefits at publicly-traded Wall Street banks and securities firms hit a record in 2010 -- $135 billion. That's up 5.7 percent from 2009.

Yet, remarkably, taxes on the top have plummeted. From the 1940s until 1980, the top tax income tax rate on the highest earners in America was at least 70 percent. In the 1950s, it was 91 percent. Now it's 35 percent. Even if you include deductions and credits, the rich are now paying a far lower share of their incomes in taxes than at any time since World War II.

The estate tax (which only hits the top 2 percent) has also been slashed. In 2000 it was 55 percent and kicked in after $1 million. Today it's 35 percent and kicks in at $5 million. Capital gains – comprising most of the income of the super-rich – were taxed at 35 percent in the late 1980s. They're now taxed at 15 percent.

If the rich were taxed at the same rates they were half a century ago, they'd be paying in over $350 billion more this year alone, which translates into trillions over the next decade. That's enough to accomplish everything the nation needs while also reducing future deficits.

If we also cut what we don't need (corporate welfare and bloated defense), taxes could be reduced for everyone earning under $80,000, too. And with a single payer health-care system – Medicare for all – instead of a gaggle of for-profit providers, the nation could save billions more.

Yes, the rich will find ways to avoid paying more taxes courtesy of clever accountants and tax attorneys. But this has always been the case regardless of where the tax rate is set. That's why the government should aim high. (During the 1950s, when the top rate was 91 percent, the rich exploited loopholes and deductions that as a practical matter reduced the effective top rate 50 to 60 percent -- still substantial by today's standards.)

And yes, some of the super rich will move their money to the Cayman Islands and other tax shelters. But paying taxes is a central obligation of citizenship, and those who take their money abroad in an effort to avoid paying American taxes should lose their American citizenship.

But don't the super-rich have enough political power to kill any attempt to get them to pay their fair share? Only if we let them. Here's the issue around which Progressives, populists on the right and left, unionized workers, and all other working people who are just plain fed up ought to be able to unite.

All the President has to do is connect the dots -- the explosion of income and wealth among America's super-rich, the dramatic drop in their tax rates, the consequential devastating budget squeezes in Washington and in state capitals, and the slashing of vital public services for the middle class and the poor.

This shouldn't be difficult. Most Americans are on the receiving end. By now they know trickle-down economics is a lie. And they sense the dice are loaded in favor of the multi-millionaires and billionaires, and their corporations, now paying a relative pittance in taxes.

Besides, the President has the bully pulpit. But will he use it?